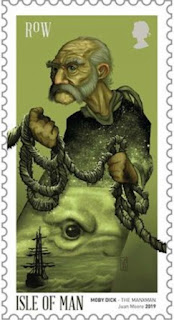 🇮🇲 Details of the previously mentioned set of 6 stamps which the Isle Of Man Post Office intends to release on 22 July 2019 to commemorate the Birth Bicentenary of Herman Melville, author of the novel Moby Dick, are now available. Isle Of Man Post Office justifies the release of the issue on the grounds that one of the characters in the novel is identified as ‘The Manxman’ though there seem to be no other connections between the island, the novel and the author.
The illustrations used in the stamp designs by Juan Moore are excellent though the stamps are described as being designed by EJC Design. The issue was lithographed by Cartor and is perforated 14. Despite the excellence of the designs the justification for releasing this set is weak especially as it it appears amid a continuing great flood of issues from this particular administration. Rating:- *. 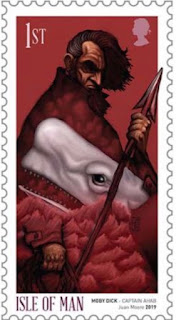 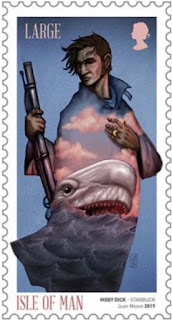 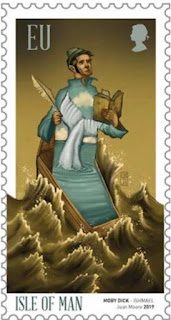 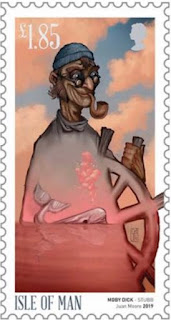 🇵🇳 Bounty Post, the postal service of Pitcairn Islands, issued a se-tenant strip of 3 delightful stamps on 14 June 2019 featuring the subject of the Pitcairn Reed Warbler which is endemic to Pitcairn Island. This excellent issue was designed by Donna McKenna and lithographed by Southern Colour Print. Rating:- *****. 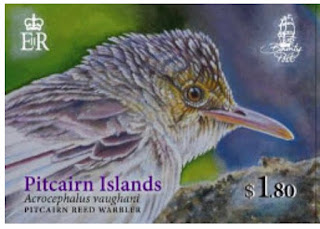 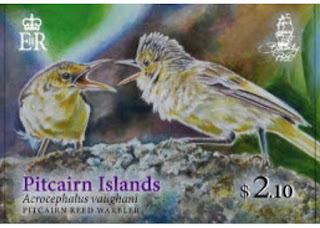 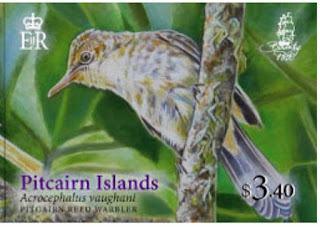 🇲🇻 The Foreign Minister of Maldives, Abdulla Shahid, recently delivered in London the necessary documents to Lady Scotland, Secretary General of The Commonwealth, to enable Maldives to rejoin the organisation. It appears that the island nation should rejoin The Commonwealth by the time the next Commonwealth Heads Of Government Meeting is held in Rwanda in 2020. We can only hope that the notorious Stamperija will not still be the country’s philatelic agent pouring out hundreds of ‘stamps’ in the country’s name by then. 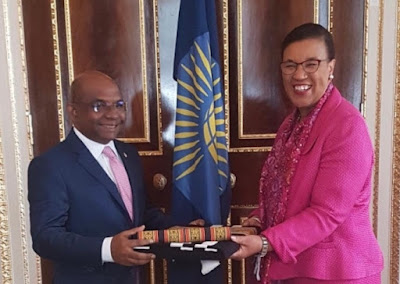