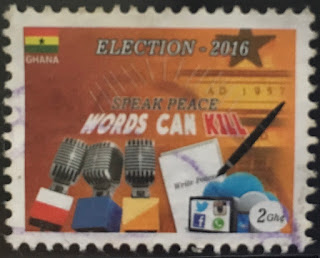 🇬🇭 I have mentioned in previous Blogs the set of 5 stamps issued by the postal administration of Ghana which was issued during 2016 in the run up to the general election there to exhort politicians and voters alike to show restraint and behave peacefully during the election campaign. The previous election in Ghana had seen the occurrence of serious violence and it was hoped that the 2016 campaign would not prove to be so bloody. Stamps, it was felt, could play their parts in spreading the message appealing for peace.
These stamps were intended to be strictly for local use and even now I have not yet seen a single set of them being offered for philatelic sale. However one or two of them pop up in kiloware from time to time and it is possible, I hope, to acquire a used set at least piecemeal from such sources. I am pleased to have just obtained my fourth value to make up my set and those now in my possession are illustrated below:- 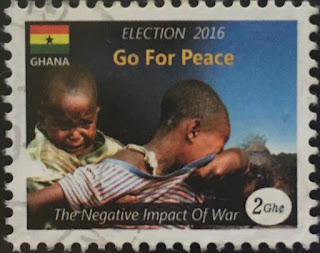 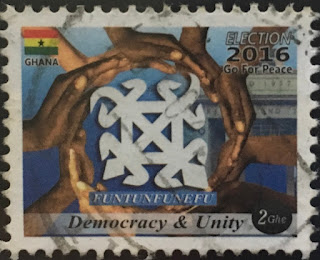 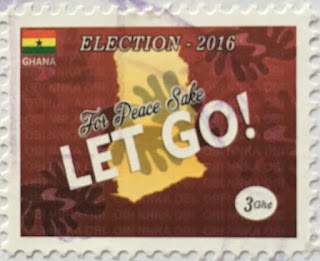 🇯🇪 As detailed in Blog 1447 Jersey Post issued more Post and Go stamps with additional inscriptions from local machines (JE03 And JE02) on 6 June 2019 in connection with the celebrations of the D Day landings in Normandy. These products are depicted below. Rating:- *. 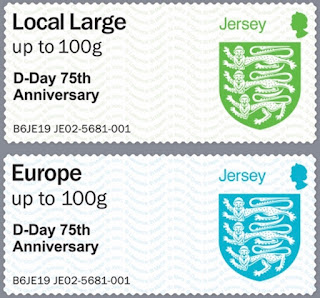 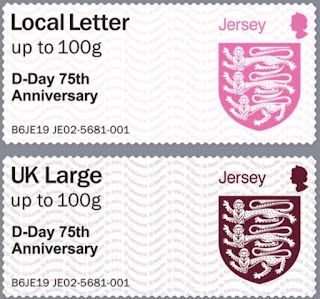 🇬🇧 The upcoming new issue of 8 stamps from Royal Mail due for release on 9 July 2019 on the subject of ‘Curious customs’ can now be seen on the internet. The overall theme of this year's stamp issues from Royal Mail is the ‘best of British’ so I can only conclude that this issue is designed to feature the best of British eccentricity. Well at least it features uniquely British subjects unlike the ‘Marvel Comics’ set of earlier this year.
But let’s be honest the designs are pretty awful and go no way to explaining what these curious customs are. The featured subjects are the ‘Obby ‘Oss of Padstow in Cornwall (a May Day event), the Burning Of The Clocks in Brighton in Sussex (a Winter solstice festival), the World Gurning Championships in Egremont in Cumbria, Up Helly Aa in Lerwick in the Orkney Islands (a New Year’s Eve event), Cheese rolling at Cooper’s Hill in Brockworth in Gloucestershire (a Spring Bank Holiday event), Halloween in Londonderry in Northern Ireland, the Horn Dance of Abbot’s Bromley in Staffordshire (Wakes Monday, the first Monday after 4 September) and Bog snorkelling at Lanwrtyd Wells in Powys.
Though I find the stamps to be very unappealing I am pleased that Royal Mail has made an effort to feature events which take place in most regions of the country though people in East Anglia and Yorkshire might be disappointed to find customs in their regions do not get a mention. For once London is not featured overbearingly as happens with most stamp issues though one doubts that there are any traditional customs left in a city which is far removed in its nature from the rest of The United  Kingdom. Rating:- **. 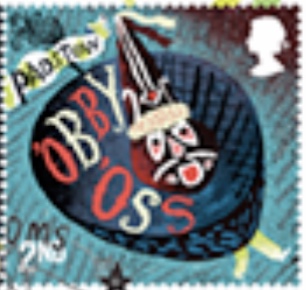 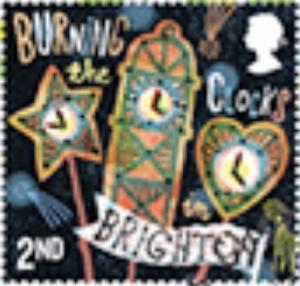 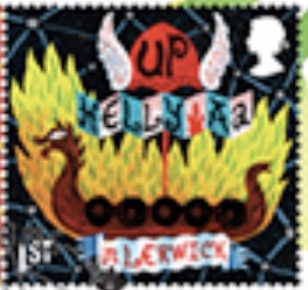 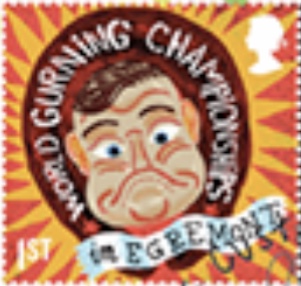 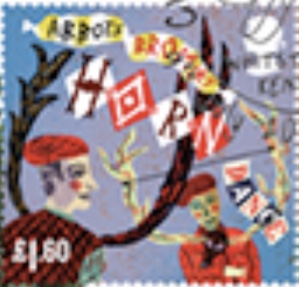 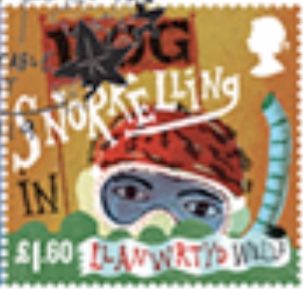 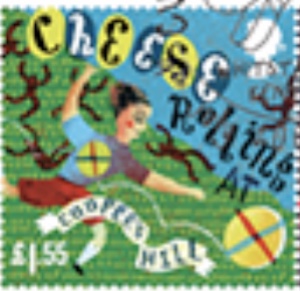 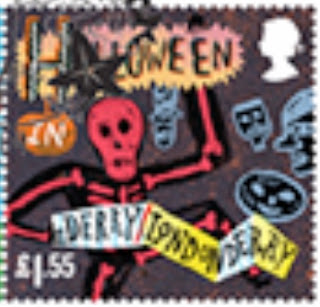