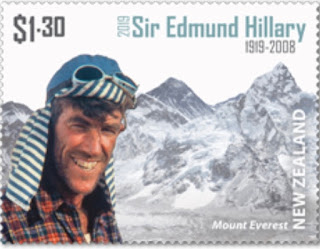 🇳🇿 New Zealand Post will issue a set of 5 stamps to commemorate the Birth centenary of Sir Edmund Hillary, one of the most distinguished New Zealanders in history who, with Sherpa Tensing, was the first man to climb the world’s tallest mountain, Mount Everest, just a few days after the Coronation of Queen Elizabeth II in 1953. The issue was designed by Helcia Berryman of Grange Park Creative and lithographed by Southern Colour Print and perforated 14.5. Rating:- *****. 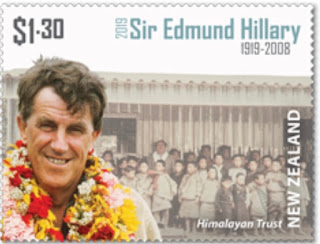 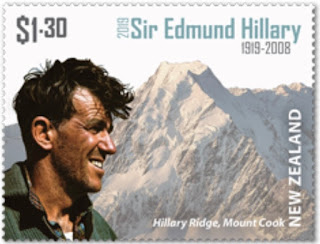 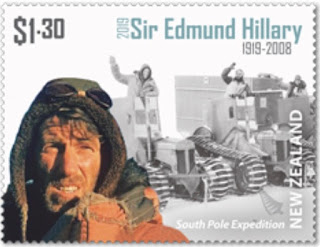 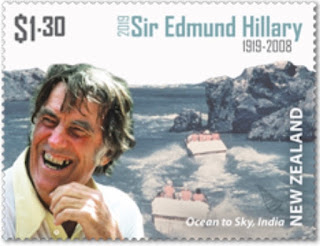 Prior to the above issue, New Zealand Post will issue a set of 5 stamps and 1 miniature sheet on 3 July 2019 to commemorate the Centenary of the birth of the New Zealand artist, Colin McCohan. Five of his paintings are featured on the stamps. The issue was designed by Alan Hollows and lithographed by Southern Colour Print and perforated 14.5. Rating:- **. 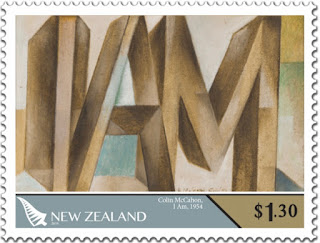 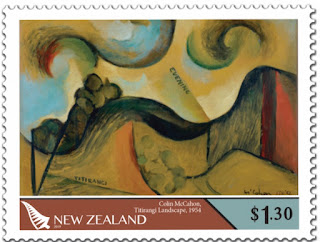 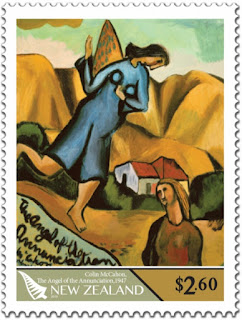 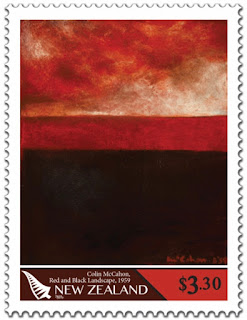 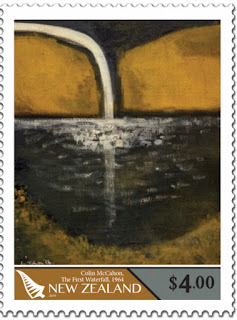 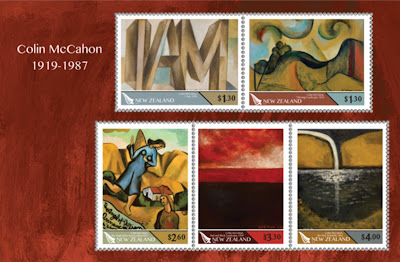 🇳🇺🇹🇰 It’s hard to understand what the two territories of Niue and Tokelau contributed to the achievement of landing the first men on the moon 50 years ago but whatever it was the postal administrations of the two New Zealand dependencies/associated states both feel the need to each issue a set of 4 stamps and 1 miniature sheets to commemorate the anniversary.
The issues were both designed by Saint Andrew Matautia and lithographed by Collectables and Solutions Centre, Whanganui and perforated 13.5. The issue will be released on 3 July 2019. Rating:- *. 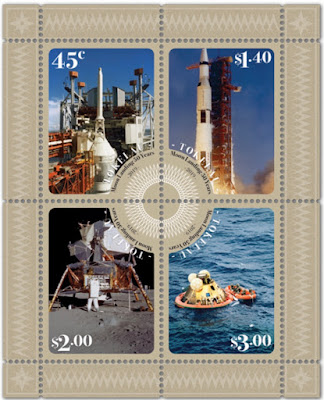