🇮🇲 The  Isle Of Man Post Office plans to issue an interesting set of 6 stamps and a £15.08p Prestige booklet on 1 July 2019 titled ‘The Age Of Rebellion’. The unusual and nicely illustrated stamps tell the story of ‘Illiam Dhône’ (Manx for ‘Brown William’ referring to his dark coloured hair), William Christian, who was appointed to be the island’s Receiver General in 1648 by the royalist Earl of Derby, the then Lord Of Mann.
After Derby’s capture by the Parliamentarians at the Battle of Worcester in 1651, his wife, Lady Derby, tried to negotiate with them to surrender the Isle Of Man to obtain her husband’s release. A rebellion against the Derbys then broke out under the leadership of William Christian and he then opened negotiations with the Parliament and its fleet arrived in Ramsey Bay in October 1651 and landed troops under Colonel Duckenfield. Lady Derby was forced to surrender Castle Rushen and Peel Castle while Christian remained in the post of Receiver General and was made Governor of the Isle Of Man in 1656.
Two years later, with Oliver Cromwell as Lord Protector, the ruler of England, Illiam Dhône, was accused of misappropriating money and fled to London where he was arrested and imprisoned for 1 year. Afterwards he returned to Isle Of Man when Cromwell was dead and the monarchy restored but where a new Earl of Derby had him arrested on charges of high treason. At his trial he was found guilty and then executed by shooting at Hango Hill in Castletown.
My main problem with this set is that I can not find a reason for it to be issued at this particular time - 2019 - which does not seem to coincide with any particular anniversary related to this story. The year does not contain a special anniversary such as Christian’s birth or death anniversaries, a notable anniversary of the rebellion nor anything else of relevance. It’s as though the planners of Isle Of Man stamp issues were simply casting around to try to find subjects to be featured on a new issue so that a certain total of new issues could be reached just to address a target. These offshore islands will have to come to terms with the fact that collectors do not have bottomless pockets and are not as gullible as they may think. I like this issue but I shall not buy it because at this present moment there’s no reason for it to be issued. Rating:- **.
The issue is particularly interesting as it features a cameo portrait of Oliver Cromwell who ruled England from 16 December 1653 as Lord Protector of England, Scotland and Ireland to 3 September 1658 when he died from natural causes including, probably, malaria. Cromwell is one of only two rulers since Henry IV who has not featured on a British/Royal Mail stamp though he played a more significant role in English/British history than many of the kings and queens who have been depicted.   Cromwell’s campaign in Ireland during the Civil War makes him such a controversial figure so that despite his historical importance Royal Mail is unlikely to issue a stamp depicting him for fear of causing offence in Ireland.
Cromwell did make another philatelic appearance when he was depicted on a stamp released by the postal service of St Helena on 29 January 2010 which was part of an issue which commemorated the 350th anniversary of the restoration of Charles II. The set also included a stamp featuring Cromwell’s son, Richard Cromwell, who succeeded his father as Lord Protector but was wholly unsuited to the role and abdicated on 25 September 1659 to make way for rule by a Council of State. I think that that is the only stamp to depict the younger Cromwell.
People around the world are amazed at the present carryings on in British politics but current events pale into insignificance in comparison with events in the 17th century. 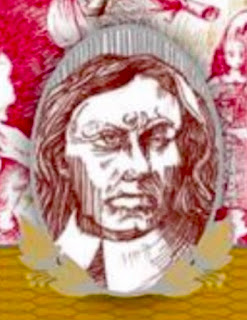 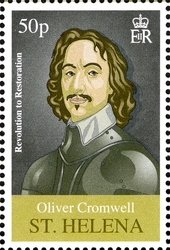 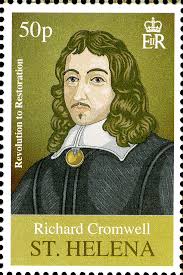 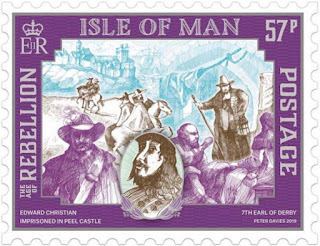 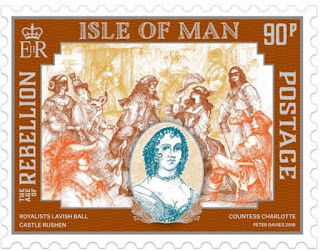 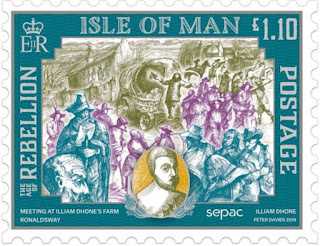 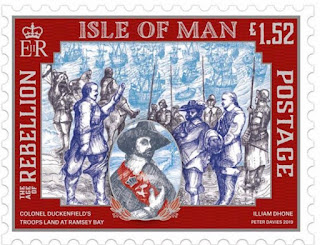 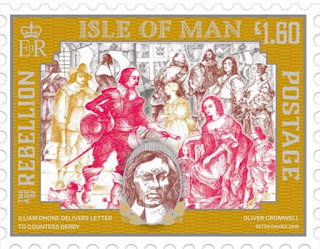 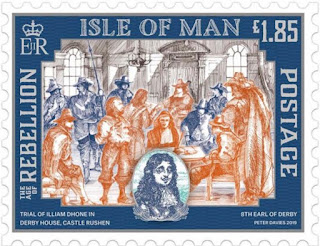 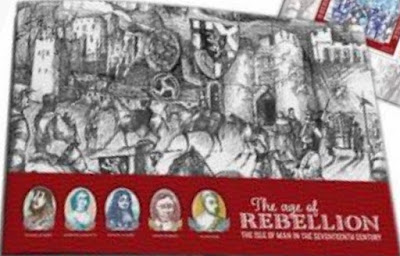