🇲🇾 Pos Malaysia issued an excellent set of 4 stamps and 1 miniature sheet on 15 March 2019 on the subject of Tourist destinations and featuring Sarawak and Malacca. The issue took the form of 2 se-tenant pairs, one for Sarawak and the other pair featuring Malacca. The miniature sheet features river scenes from both states. The issue was designed by KY Lim. Rating:- *****. 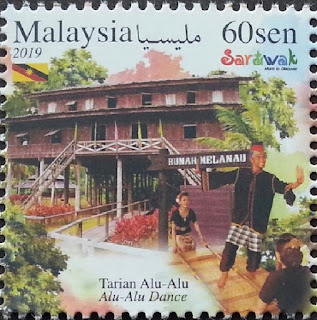 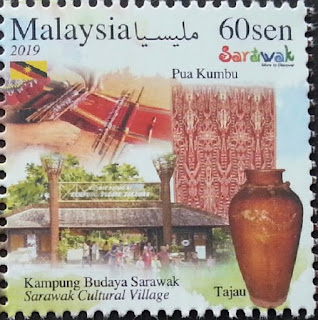 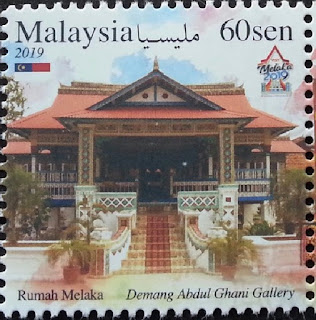 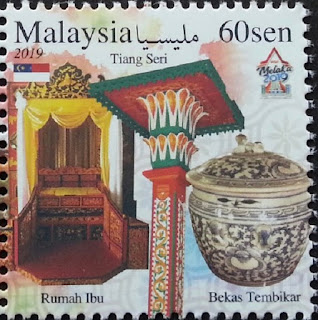 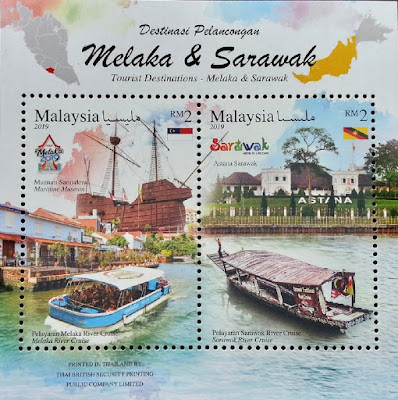 🇲🇲 Myanmar Posts has issued the third of its Myanmar Calendar issue which it is releasing monthly during the course of 2019. The third issue is again a single stamp and marks the month of Tabaung. The issue depicts the Sand Pagoda festival and the Tharaphi flower. The stamp was issued on 6 March 2019. I like this modest series very much. Rating:- *****.
See also Blogs 1370 and 1389.

🇲🇺 Mauritius Post issued a single stamp on 13 March 2019 on the subject of Rescue and lifesaving and featuring a helicopter of the Police Helicopter Squadron. A nice straightforward stamp. Rating:- ****. 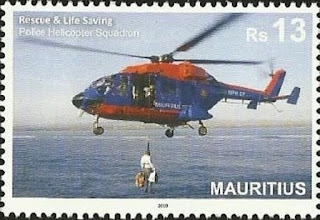 🇸🇬 Singapore Post is planning to issue a pair of stamps on 8 May 2019 as its part of a joint issue with the postal service of Israel. Despite the poor quality of the illustration here I think it's possible to see just how delightful are the designs of the two stamps depicting as they do the national birds of the 2 countries perched on garlands of flowers. Rating:- *****. 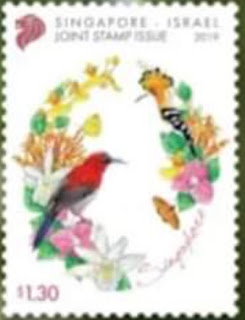 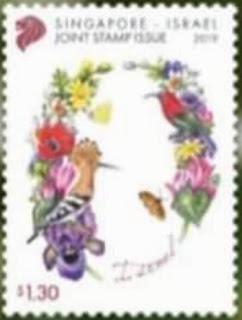 🇵🇳 The next issue from Bounty Post, the postal service of Pitcairn Islands, will be released on 10 April 2019 on the subject of 'Fragrant flowers'.

🇸🇱 Stamperija released 40 stamps and 10 miniature sheets with the name of Sierra Leone printed on them on a stated 'first day of issue' of 30 January 2019 covering 10 different subjects with little or no relevance to Sierra Leone. Sierra Leone therefore becomes the 40th country of The Commonwealth to have its name added to the list of countries which have either issued stamps or have had stamps issued in its name so far in 2019. Rating:- 0.
Posted by White Knight at 00:38