🇳🇷 The postal service of Nauru issued its first stamp of 2019 on 31 January to commemorate the 51st Independence Day and the 73rd anniversary of the return of the islanders from Truk after the end of the Second World War. The stamp depicts Muriel Cecil who is currently the oldest living Nauruan. On the morning of Independence Day the President of Nauru, Baron Waqa, presented Mrs Cecil, now aged 93, with a presentation album containing mint stamps and a first day cover of the issue. The first day cover depicts MV Trienza which was a ship which carried the Nauruans home to their island after the defeat of the Japanese. A worthy issue so let us hope that collectors will be able to get their hands on them given that the previous issue which commemorated the Nauruan Constitution has not yet appeared on the stamp market. Rating:- *****. 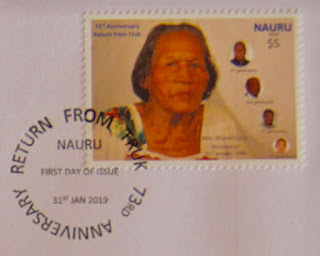 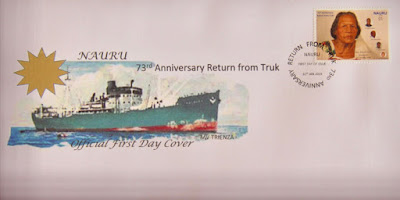 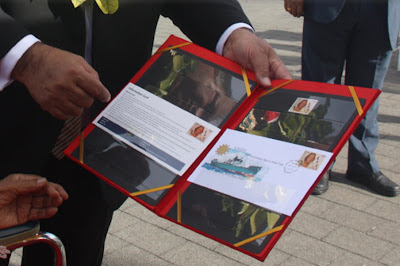 🇭🇰 Hong Kong Post will issue 2 miniature sheets containing either a single $10 stamp or a single $20 stamp (the sheet having additional special printing effects) on 19 March 2019. The issue draws attention to the West Kowloon Cultural District and the Xiqu Centre and was designed by Michael Miller Yu and the $10 version was lithographed by Cartor as was the $20 but with additional hot foil stamping with embossing. The sheets are perforated 14 x 13.5. Rating:- **. 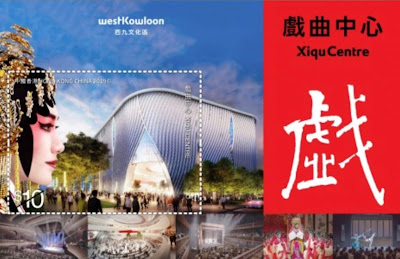 🇬🇩 In Blog 1380 I mentioned that the Grenada postal service had added a new value - 50c (wrongly identified as a 30c value in Blog 1380) - to its current definitive series and it is now depicted below. As I have mentioned in the past the choice of a definitive series featuring parrots for Grenada is bizarre since there are no native species resident in the island. Rating:- *. 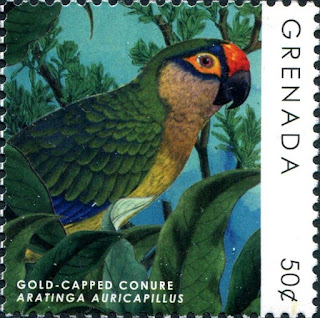 🇬🇬 Guernsey Post will install its desktop Post and Go unit GG03 in the Guernsey Information Centre in St Peter Port and it will dispense stamps from 1 April 2019. The machine will dispense the 50th anniversary of Guernsey Car Club Post and Go stamps with an additional inscription reading 'Guernsey Information Centre'. For the third year Guernsey Post will issue its Post and Go stamps with additional inscriptions applied to welcome the passengers of various cruise ships visiting the island during 2019. The first such issue will be dispensed on 4 April 2019 to mark the visit of the Britannia.