🇬🇧 Images of the Royal Mail Birds of Prey set of 10 stamps due to be issued on 4 April 2019 are now featured on the internet and are generally rather pleasing - much more so than the dreadful Marvel Comics issue - except that the designs which feature 5 'head and shoulders' portraits and 5 'in flight' pictures make for a rather incoherent set. Still I like the set and shall obtain the issue unlike the Marvel Comics issue which I have been pleased to make the first ever set of British stamps to be purposefully omitted from my collection of British stamps (and I fear that it will not be the last). Rating:- *****.
The stamps will be issued as 2 strips of 5 x 1st Class stamps and the featured species are:- Sparrowhawk, Peregrine, Red kite, Goshawk, Kestrel, White tailed eagle, Merlin, Hobby, Buzzard and Golden eagle. 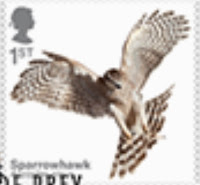 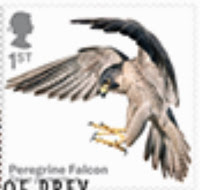 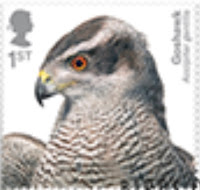 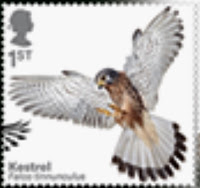 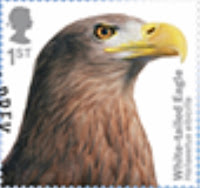 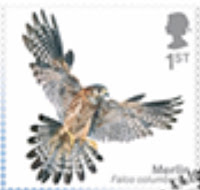 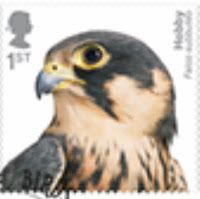 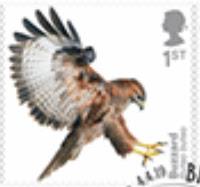 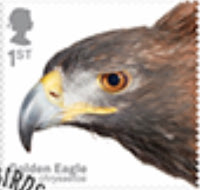 🇹🇿 Additional surcharged definitives are being offered for sale and described as 'new' on the Tanzania Posts stamps website and are illustrated here. They are however items which were issued between 2000 and 2002 and are not new issues. Usefully however the date of issue of the 6 stamps mentioned in Blog 1339 is revealed in the same listing and it seems that they were released on 9 February 2017 and not during 2018 as I had assumed previously. 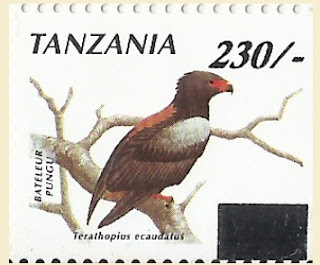 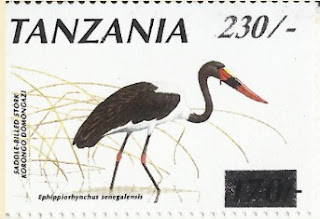 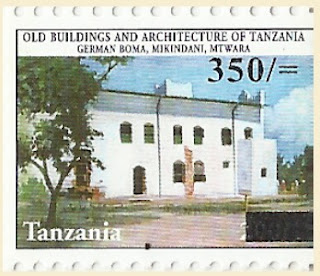 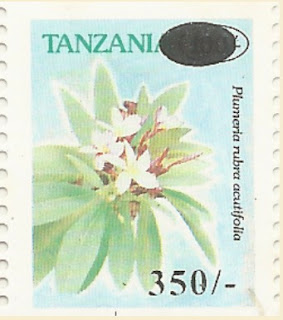 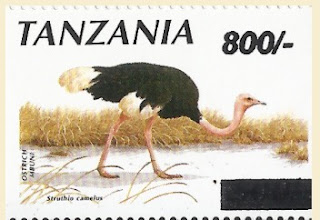 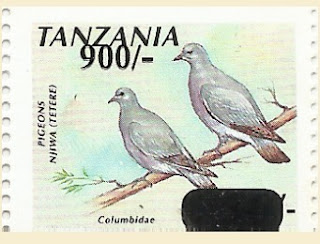 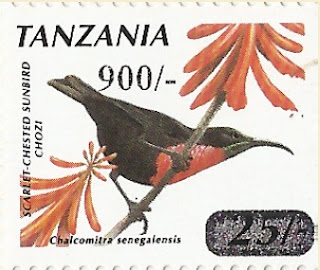 🇮🇲 The Isle Of Man Stamps And Coins website is showing a rather hazy picture of a 'future issue' - but without any more details as yet - which will commemorate the 75th anniversary of D Day. This subject has already been commemorated by the Manx postal service three times on the occasions of the 50th, 60th and 70th anniversaries of the landings. On this occasion, presumably to save money on the cost of an artist's fee, the designs of the 50th anniversary seem to be being reused but in a slightly different format. This is clearly not a tribute to the heroes of D Day but just a catchpenny issue to boost the Isle Of Man Post Office's revenues at the expense of collectors. Rating:- 0. 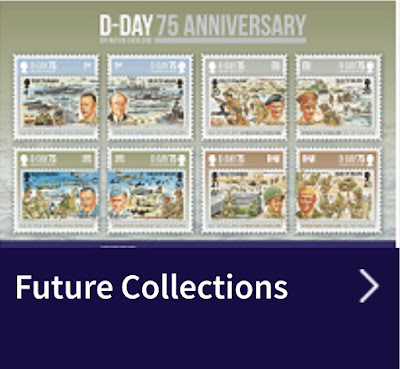 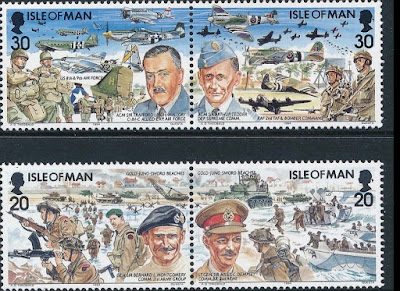 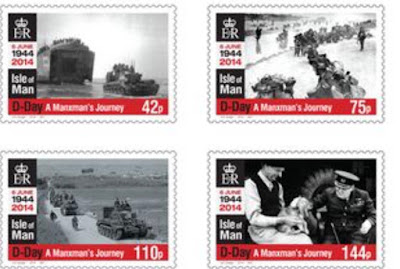 Some stamp collectors may wish that the Cook Islands would change its philatelic agents at the same time. Perhaps to one that produces stamps of a 'more Polynesian nature'.