🇸🇭 The postal service of Tristan Da Cunha will commemorate its important lobster industry by issuing a set of 4 stamps on 10 April 2019. The designs by Bee Design are very eye-catching especially the colourful 35p value based on a photograph of lobster boats taken by Janine Lavarello. The other stamps also incorporate well chosen photographs in their designs, the photographers being Overstone Agencies and Sean Burns. The issue was lithographed by Cartor and is perforated 13.5. This is yet another highly attractive and interesting set from Creative Direction/Pobjoy Stamps. Rating:- *****.
Many thanks to Juliet Warner of Pobjoy Stamps for information about this issue. 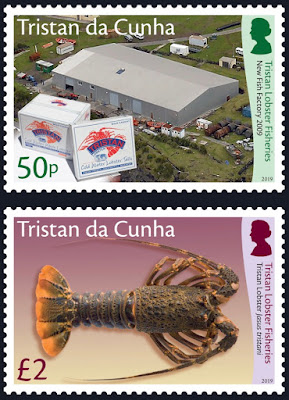 🇬🇬 Guernsey Post plans to issue approximately 66 strips of 'Visiting cruise ships' Post and Go  stamps - that is - strips of 6 different '50th anniversary of the Guernsey Old Car Club' stamps with an additional inscription "Welcome to + name of visiting cruise ship' from 4 April to October 2019. Preceding the first such stamp issue will be a strip of the 6 stamps which will be released on 1 April 2019 with the added inscription 'Bianvnu à Guernesi' (Guernsey French for 'Welcome to Guernsey'). These items will be dispensed by the desktop machine GG03 situated at the Guernsey Information Centre in St Peter Port but there will be no Cruise ship overprints from 3 to 13 May because GG03 will be taken to the International Stamp Fair in Essen where the added inscription 'Messe Essen/9 - 11 May 2019' will be applied.
The Cruise ship stamps will be sold as complete sets to collectors who preorder or sets of strips totalling numbers in the high thirties will be sold as an alternative for the first visits of the various ships to port.
The Essen Stamp Fair strip will also be sold from the Philatelic Bureau with the back office 'B' series code number.

🇬🇧 Royal Mail will issue 6 stamps and 1 miniature sheet containing 4 additional all different stamps on 2 May 2019 to commemorate British engineering. Clearly this is a much more worthy subject than the seriously-misjudged Marvel comic characters set and the engineering and inventions featured on the stamps are of worldwide historic importance unlike a bunch of cartoon characters invented in The United States. Few countries in the world can match the brilliance and importance of the featured engineering achievements and the stamps serve as a timely reminder of what Britain has given to the world and why it will continue to flourish whether it is part of the European Union or not.

The set is made up of 3 se-tenant pairs (1st Class (70p), £1.45p and £1.55p) and the featured subjects which are explained reasonably well by inscriptions on the stamps are:- Raspberry Pi microcomputer helps to teach programming, Falkirk Wheel rotating boat lift on Scottish Waterways, Three-way catalytic converter reduces pollutants in car emissions, Crossrail tunnels under London, Super-conducting magnet allows high quality imaging in MRI scanning and Synthetic bone graft material promotes new bone growth. All four stamps in the miniature sheet commemorate the 50th anniversary of the Harrier jump jet.
Royal Mail is back to commemorating 'the best of British' - excellent! Rating:- *****. I will illustrate the set again when better quality illustrations are available. 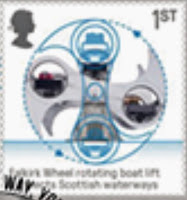 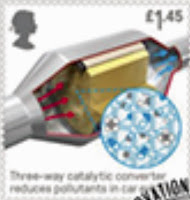 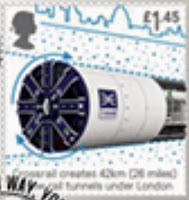 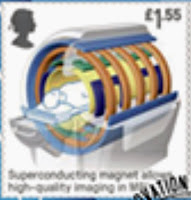 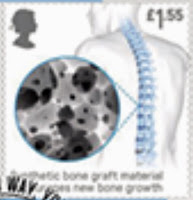