🇳🇷 Nauru Bulletin edition of 22 March 2019 has indicated that Nauru Post will issue a 'stamp and first day cover' to commemorate the State Visit of President Dr Tsai Ing-wen of the Republic of China (Taiwan) to Nauru from 24 to 26 March 2019. A second article states that the date of issue of the stamp was 25 March 2019 and that "it (is) the sixth stamp to be released since Nauru Post was established in March 2018". In previous Blogs I have reported the issue of three previous stamps which suggests that Nauru Post has issued 2 other stamps of which I am not aware in the past 2 years. Furthermore I have only received the first of the 6 stamps from my new issue service and have not seen any of the other stamps being offered for sale on the internet or otherwise by any dealers. Harry Allen, which consumed CASCO some years ago, has been the agent for previous stamps of Nauru but is clearly out of touch with philatelic events in Nauru and as with the stamps of Saint Lucia from which it does not seem to have received any stamps for distribution for several years, is letting down new issue collectors of the two countries very badly. Its website for collectors appears to be non-existent and its prices for collectors are very high. If only some these territories would switch to the excellent Creative Direction/Pobjoy Stamps stable I suspect that publicity to collectors about them would improve considerably, designs of stamps would improve (no more reindeers and snow scenes from British Indian Ocean Territory) and collectors might actually be able to obtain stamps from the countries in which they are interested. Regardless, collectors have a task ahead of them to find out about and to obtain these six recent Nauruan stamps.

🇨🇦 Canada Post issued a set of 5 self-adhesive stamps from a booklet of 10 (2 x 5 stamps) and 1 gummed miniature sheet on 27 March 2019 on the subject of Canadian aviators. This interesting set was designed by Ivan Novotny of Taylor Sprules Corporation. Rating:- ***. 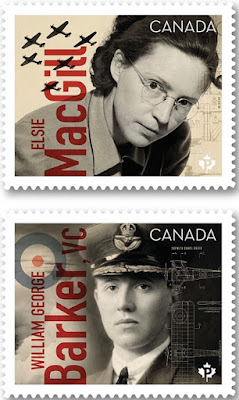 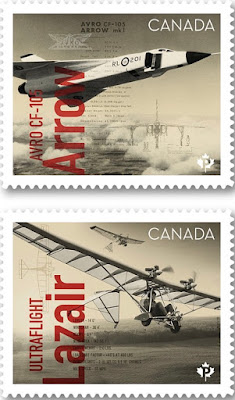 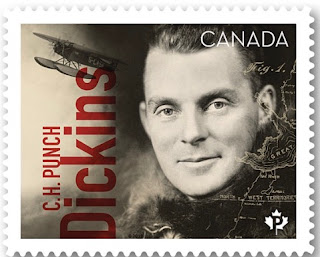 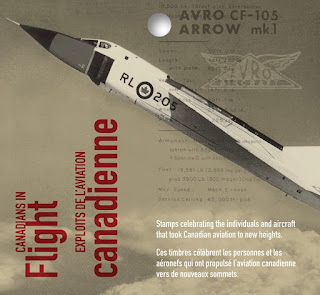 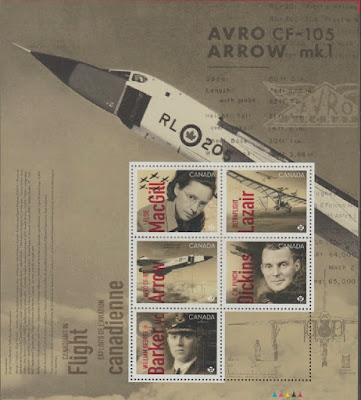