🇭🇰 Hong Kong Post will issue a set of 4 stamps, 1 miniature sheet and 1 Prestige booklet costing HK$48 on 2 April 2019 to commemorate the Centenary of Pok Oi Hospital. This is a worthy anniversary to commemorate but Hong Kong Post appears to be issuing a booklet and miniature sheet and often other paraphernalia such as 'Heart Warming' stamps with almost every issue now and it's clear that much of what the Special Administrative Region is now releasing is excessive. I have given up buying Hong Kong Post stamp booklets completely and with the proliferation of issues have finally limited my new commemorative stamp collecting for this territory to stamps which commemorate important local events and anniversaries and not taking any general thematic stamp nonsense from the former colony. A pity as many of Hong Kong Post's stamps are still very well designed and produced but the postal administration has become too greedy as have so many previously respectable philatelic entities - the list is almost endless but collectors know which entities I mean. Rating:- ***. 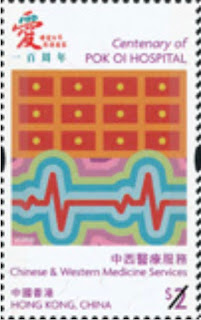 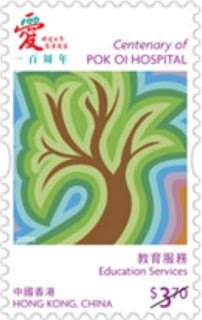 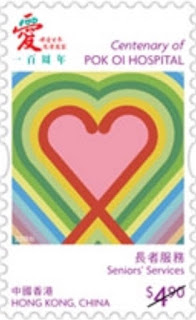 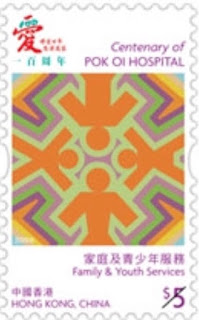 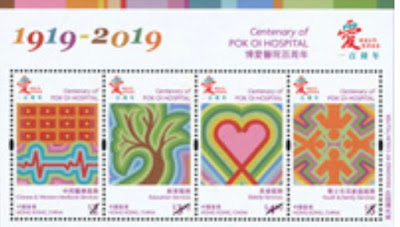 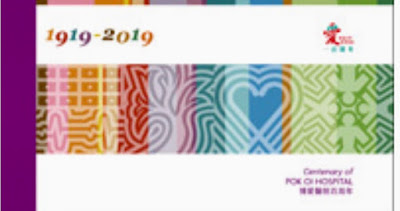 🇲🇹 MaltaPost issued a 37c Map of Malta stamp with an appropriately inscribed attached label to commemorate its participation in the Milanofil 2019 philatelic exhibition which took place from 22 to 23 March 2019. I assume that the date of issue coincided with the first day of the exhibition.

🇬🇧 Royal Mail will issue a £4.20p retail stamp booklet on 4 April 2019 as part of its Birds of Prey issue. The booklet will contain 4 x 1st Class Machin Head definitives and 2 stamps from the Birds of Prey set - those featuring the Buzzard and the Hobby. The stamps are printed by gravure and are self-adhesive. Rating:- ****. 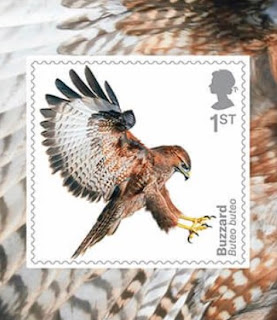 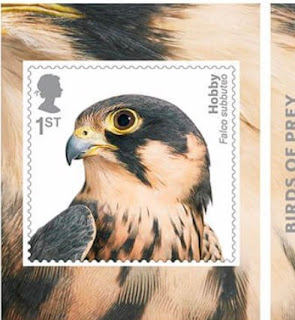 🇳🇦 Publicity material has revealed the designs of many of the stamps due to be issued during 2019 by Nam Post, the postal service of Namibia. A set of 6 stamps was released on 19 March 2019 which depicted Whales. I have not yet seen the full set but three of the stamps are depicted below. The lovely designs are by Helge Denker. It is intended to issue a reprint of one of the values on 25 April 2019. Rating:- *****.

Helge Denker has also designed the set of 4 stamps due to be issued on 25 April 2019 which features Cuckoos of Namibia. Another excellent set. Rating:- *****. 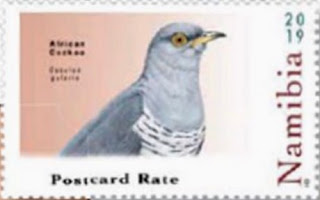 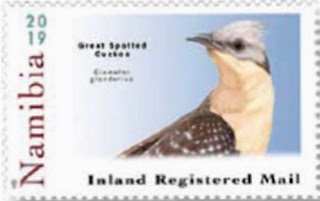 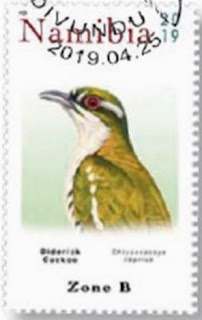 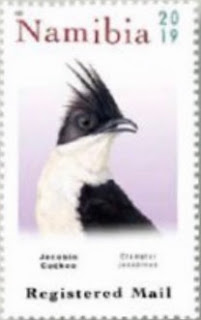 The final set announced for 2019 is on the subject of Big cat species of Namibia and the three stamps are depicted below. The planned date of issue is 1 August 2019 and once more the set was designed by Helge Denker. Rating:- *****. 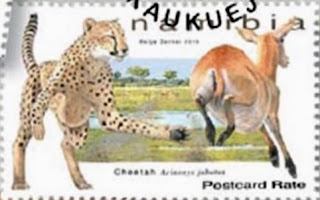 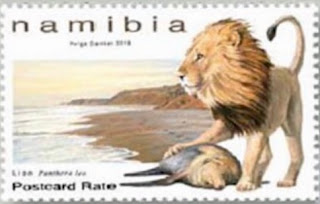 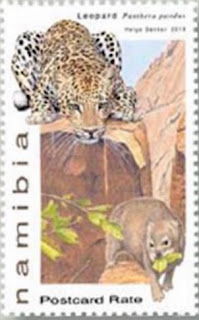