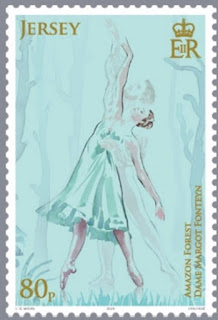 🇯🇪 Jersey Post will issue a set of 6 stamps and 1 miniature sheet on 2 April 2019 to commemorate the Birth centenary of the ballet dancer, the late Dame Margot Fonteyn. The very attractive issue was designed by David Christian Moore. The total face value of the set and sheet amounts to £6.98p. Jersey Post struggles to link Dame Margot to Jersey by stating that her parents lived in Jersey for 'a number of years' and that she performed at Jersey Opera House on 2 occasions. Rating:- ***. 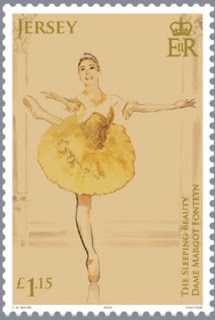 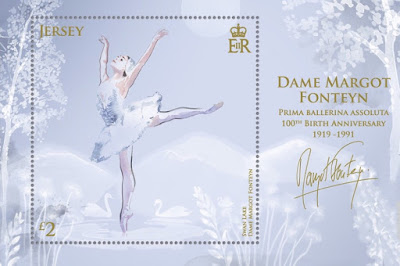 🇧🇲 The Bermuda Post Office released its first issue of 2019 on 21 February on the subject of 'Historic homes of Bermuda'. This is an interesting and attractive issue which is typical of new issues from the Bermuda Post Office. The stamps were designed by Keno K Simmons and lithographed by Southern Colour Print. The issue is perforated 13.5. Rating:- ****.

Thanks to Gene W for pointing out this issue to me. 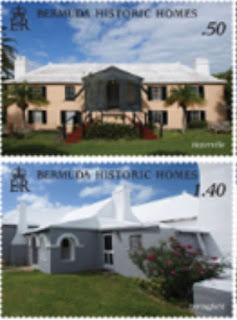 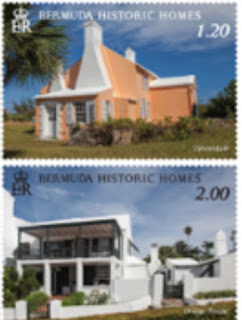 🇹🇴🇹🇴 The internet website of Philatelic Collector Inc. has been indicating that 2 sets of 4 stamps both on the subject of 'Animals of the world' with the names of Tonga and Niuafo'ou printed on them have been issued on 8 February 2019 as reported in Blog 1385. These are no longer being shown on that website so I am not clear if such stamps were released by Philatelic Collector and whether therefore the Tonga postal service has yet had any stamps issued on its behalf in 2019.

🇬🇧 Royal Mail will increase its postage rates on 25 March 2019 and this action will result in the release of new stamps - Machin Head definitives and regional ('country') issues in the now tiresome heraldic designs which seem to date back to before the flood.
There are 2 new stamps each for use in England, Northern Ireland, Scotland, and Wales in the values of £1.35p and £1.55p. There are also 6 new Machin Head definitives as depicted below mostly described as being in rather fanciful botanical colours:- orchid mauve, amber yellow, gooseberry green, spruce green, dark pine green and bright orange. Rating:- **.
The new stamps will be issued on 19 March 2019. The code of the counter-sold stamps will be M19L MAIL. 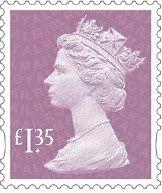 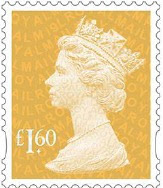 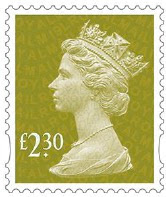 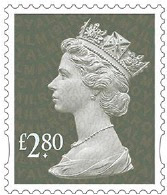 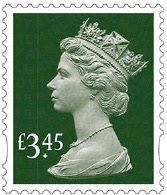 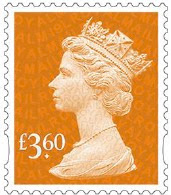