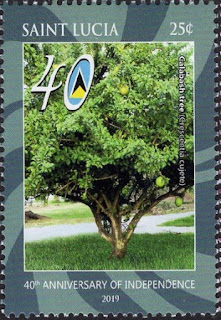 🇱🇨 After a long break the postal service of Saint Lucia has released a set of 4 stamps. The issue commemorates the 40th anniversary of the island's Independence from The United Kingdom. I do not yet know the date of issue but Independence Day is celebrated there on 22 February and so it is reasonable to assume that the date of issue was 22 February 2019. It is a very attractive set and among other subjects two local birds are depicted on two of the stamps. Rating:- *****. 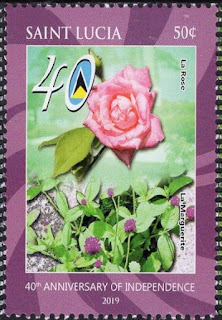 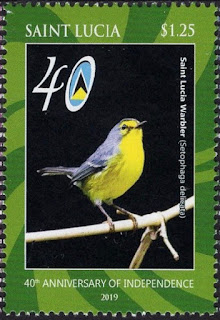 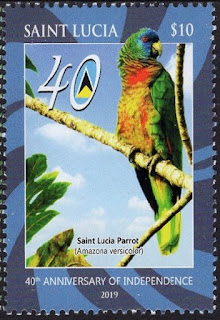 🇳🇿 New Zealand Post will issue a set of 6 stamps and 1 miniature sheet on 3 April 2019 on the subject of the ANZAC Dawn Service. New Zealand Post has published the following information about the subject, "Whether an ANZAC Day Dawn Service is held at Auckland or Kaikoura, Gallipoli or London, Scott Base or Stewart Island, New Zealanders rise early on Anzac Day. On this 'the one day of the year' we for-go a holiday sleep-in to acknowledge at dawn those who made the ultimate sacrifice, and who now sleep forever".

"Once a solemn and silent parade of veterans, today Anzac Day belongs to all New Zealanders as we acknowledge the human cost of war and share in a sense of pride in the collective deeds of those who served".
The issue was designed by Helcia Berryman of Grange Park Creative and lithographed by Southern Colour Print and perforated 14.5 x 14. Rating:- ****. 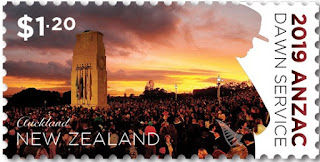 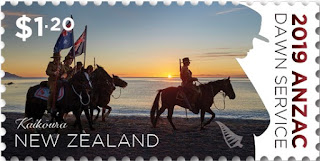 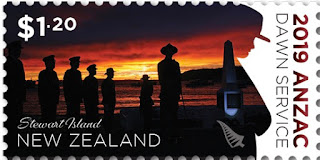 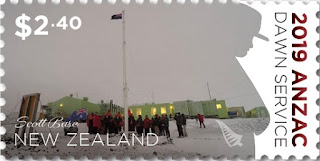 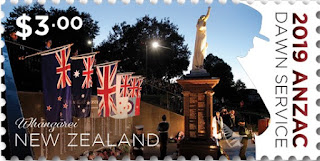 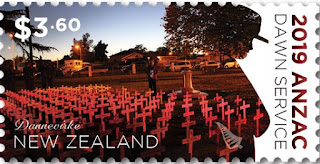 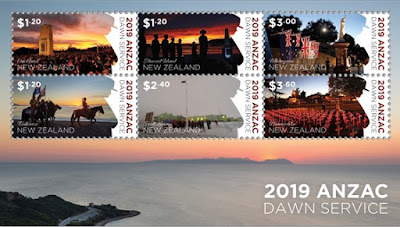