🇸🇱  Time to list the greediest stamp-issuing territories of 2018. This provides a simple list of territories (regardless of whether their own postal service issued their stamps or whether it was a foreign agency which released stamps on their behalf) and may not include some stamp issues which have not yet made themselves known to stamp collectors. Each listed territory has the number of items issued by it or for it and this total may include ordinary postage stamps, miniature sheets, booklets, sheetlets, My Stamp/Smilers issues, Post and Go issues and so on.
The main weakness is that a country's 'greed' is only illustrated by the number of items issued rather than the cost of them and some territories have been responsible for some highly expensive items such as Royal Mail's outlandish limited edition Prestige booklets and various extremely high face value stamps from a number of territories. Nevertheless the list gives an impression of which Commonwealth postal services are using any means they can think of to screw money out of stamp collectors and those which show respect to their collectors by having reasonable new issue programmes.

Thanks to the activities of the notorious philatelic agency, Stamperija, its client territory - Sierra Leone - is top of the list for the second consecutive year followed by another client country of that company - Mozambique.
The fall in the number of items issued by Royal Mail is mainly attributable to the large reduction in Post and Go stamps issued by the company. Guernsey Post's high place is attributable to its large number of Post and Go stamps most of which were sold to mark the arrival of various cruise ships in the island. There was a large increase in the output of Malaysian stamps because of the issue of 168 stamps (84 perforated and 84 imperforate) issued in sheetlets of 6 different values.

The list of territories with the least number of stamp items issued during 2018 is mainly made up of postal administrations which issued no stamps at all:-

Most notable is the presence of Solomon Islands, a client of Stamperija, in the second list with no known stamp issues in 2018 having being second in the first list the previous year with a total of 636 items. Has Solomon Islands escaped the clutches of Stamperija?

🇧🇼 Botswana Post has issued a set of 6 stamps which depict Insects of Botswana. The attractive issue was designed by Baboloki Somalekae. I do not yet know the date of issue. Rating:- *****. 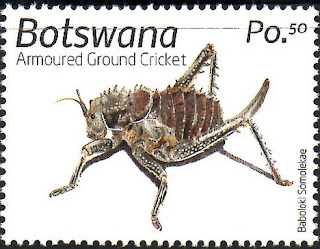 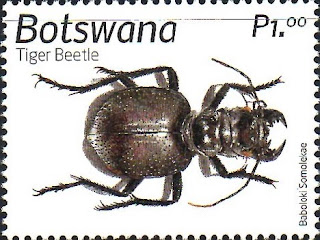 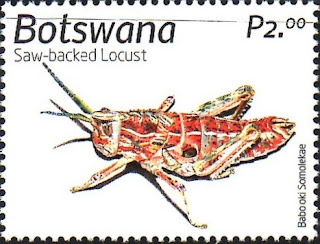 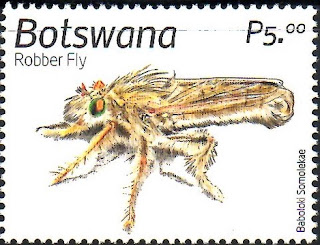 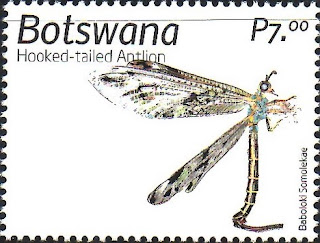 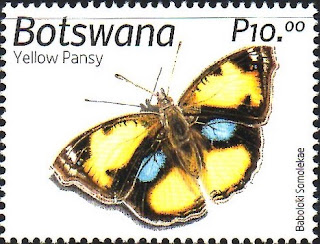 🇮🇳 India Post issued a premium-priced My Stamp on 18 February 2019 which commemorated the 36th anniversary of Apollo Hospitals. Rating:- *. 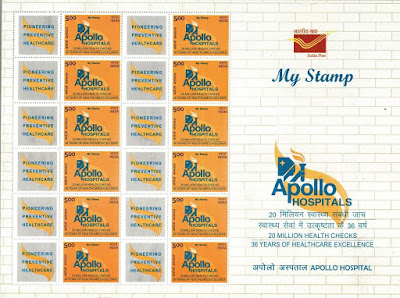