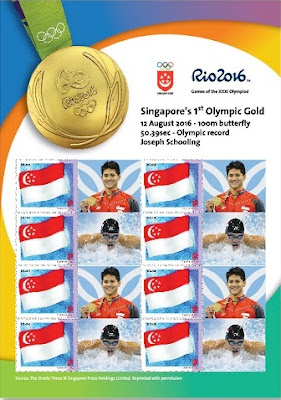 Singapore Post issued a sheet of 8 My Stamp stamps with attached labels on 29 August 2016 which commemorated Singapore's first ever Olympic gold medal winner, Joseph Schooling, who was the winner of the 100m butterfly swimming event at the Rio De Janeiro Olympic Games. An important sporting achievement for a Singaporean worthy of philatelic commemoration. Rating:- ****.

There have been a number of other "My Stamp" or pack issues from Singapore Post connected with the 2016 Olympic Games - on 5 August 2016, a pack containing a sheetlet of stamps was issued to commemorate the Games itself:- 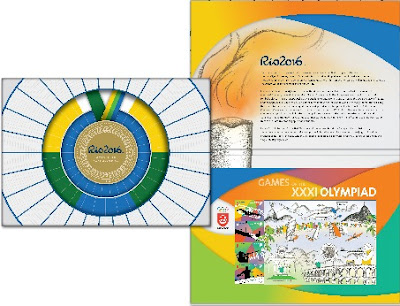 A "My Stamp" sheet of 22 "Singapore flags" stamps with attached labels was released on 29 August 2016 to commemorate the achievements of the entire Singapore team in the Rio De Janeiro Games:- 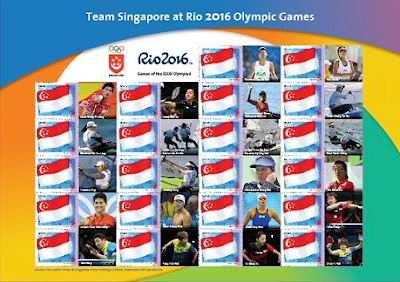 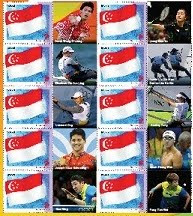 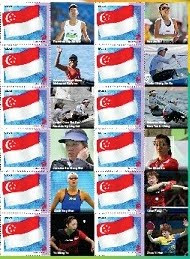 Another surprising issue which I have completely overlooked is a pack containing 2 sheetlets of "My Stamps" which was prepared with the British High Commission in Singapore to commemorate the Diamond Jubilee of  Queen Elizabeth II. I can only guess that this must have been issued as long ago as 2012. 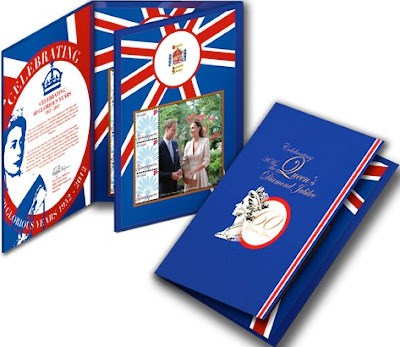 And yet another overlooked pack of 4 "My Stamps" is that issued in 2015 to commemorate the Centenary of Coca Cola contour bottle design:- 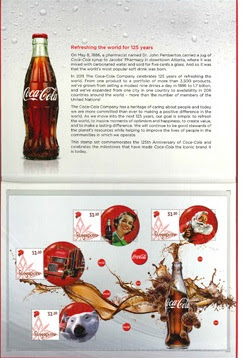 Finally, an upcoming "My Stamp" sheet of 5 stamps with attached labels will commemorate the Four Nation Stamp Exhibition which will take place in Singapore from 23 to 25 September 2016:- 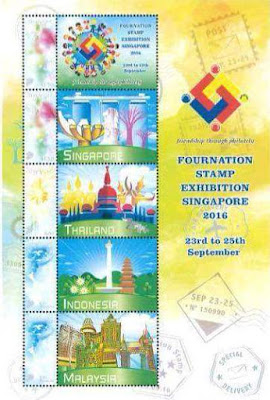 Postal administrations now seem to think of stamp collectors as "sheet collectors".  Jersey Post seems to have a particular enthusiasm for issuing its greeting stamps in sheetlets of 20 and then offering them at prices in excess of total face value. The latest of such products from this greedy little postal authority is such a sheet on the subject of "Celebrating The Sea" which is being sold for £12.50p. Rating:- 0. 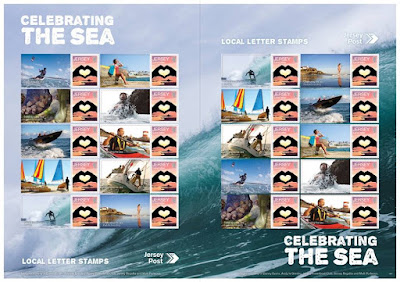 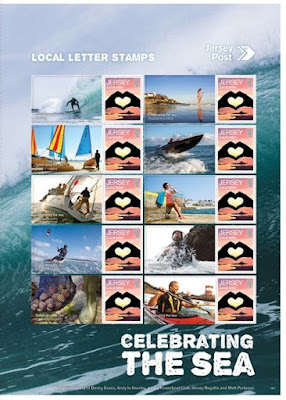 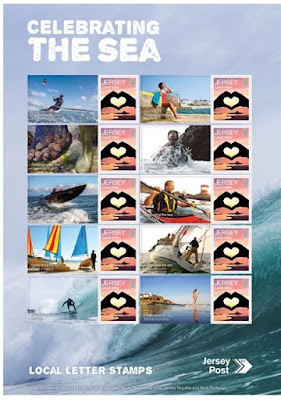