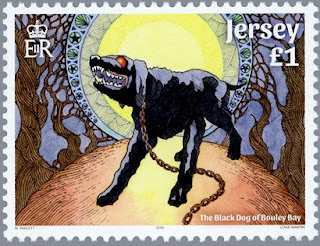 Jersey Post will issue a set of 6 stamps and a miniature sheet on 6 October 2016 on the subject of "Myths and legends". The designs include the depiction on the £1 value of a slathering black dog, that looks for all the world like my labrador on a bad day but is actually the splendidly named "Black Dog of Bouley Bay". The Black Dog of Bouley Bay, looking rather more wolf-like, made an appearance on a Jersey stamp in 1992 which was also part of a Jersey Folklore set - see Blog 433. Presumably, as a result of Royal Mail's annual Dog Awareness campaign, postmen will not be allowed to deliver covers with this stamp fixed to them for health and safety reasons.
The other designs feature The Fairies of St. Brelade's Church (48p), William and the Sea Sprite (60p), The Witches of Roqueberg (74p), The Dragon of St. Lawrence (76p) and The Ghostly Bride of Waterworks Valley (£1.29p). The enjoyable stamps were designed by Nick Parlett but what a pity that they appear as part of the vast deluge of other philatelic items coming out of Jersey. Rating:- * (low rating because of continuing excessive issues). 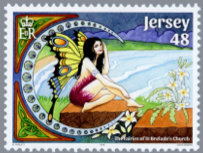 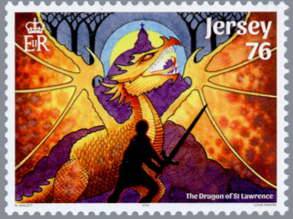 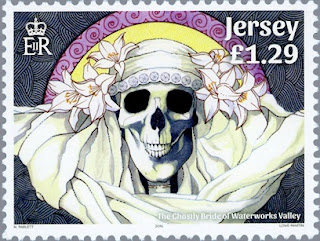 MaltaPost will issue 1 miniature sheet containing a single stamp on 16 September 2016 as the 4th part of its ongoing "Maritime Malta" series. The stamp depicts a painting by Charles von Brocktorf of the arrival of Dowager Queen Adelaide aboard HMS Hastings in Valletta Grand Harbour on 24 October 1838. The Dowager Queen stayed in Malta until 1 April 1839 and made a large financial donation to the building of the Anglican Cathedral of St. Paul in Valletta.
The miniature sheet was designed by MaltaPost plc and lithograph printed and perforated 14. Rating:- ****. 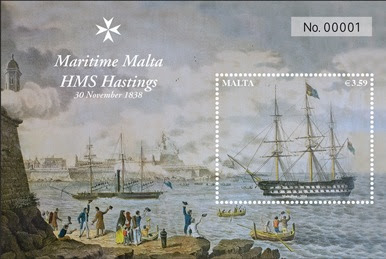 India Post is to issue a set of 6 stamps on the subject of "Personalities of Bihar". The designs are rather uninteresting head and shoulders portraits which depict Dasrath Manjhi  (carved a road through Gehlour Hill), Kajlashpati Mishra (a former Governor of Gujarat and Rajasthan), Kunwar Singh (a leader of the Indian Mutiny against the East India Company), Sachchidananda  Khapoori (parliamentarian, educationalist, journalist and lawyer), Karpoori Thakur (politician) and Vidyapati (poet and writer). The date of issue is awaited. Rating:- **. 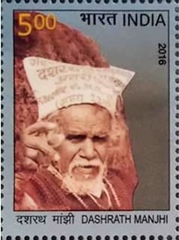 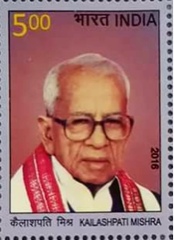 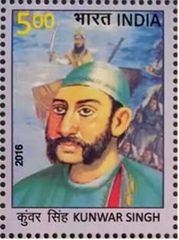 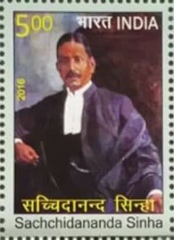 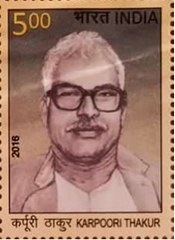 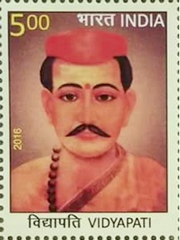 The set of 4 stamps issued by the Barbados Postal Service on the subject of "Landships" which was mentioned in Blog 813 was accompanied by a single-stamp miniature sheet as depicted below. Rating:- ***. 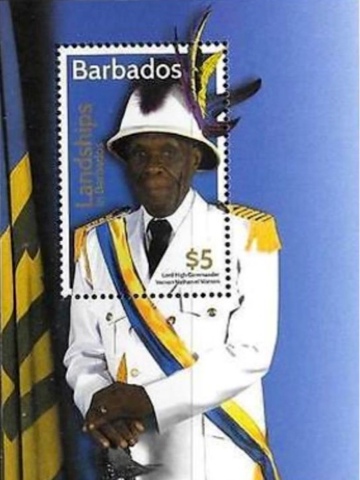