It's mid-September and Christmas stamps are with us again. Guernsey Post is to issue 2 sets - one inscribed "Alderney" and the second "Guernsey", each made up of no less than 7 stamps, and each painfully dull, dreary and unoriginal - cliched in fact - and definitely designed not to cheer up the Guernsey Christmas mail. The near-monochromatic illustrations speak for themselves. Why bother? Rating:- *.
The date of issue will be 8 November 2016.

One set from the Nevis Post Office which has escaped my attention up to now is the pair of stamps and 1 miniature sheet released on 1 August 2014 to commemorate the 40th anniversary of the local Culturama Festival. The issue was lithograph printed and perforated 12 x 13.5. Rating:- ***. 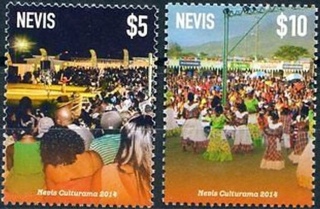 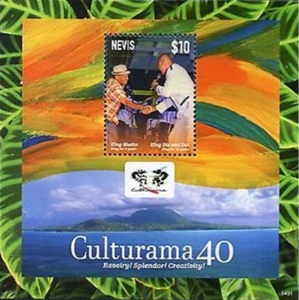 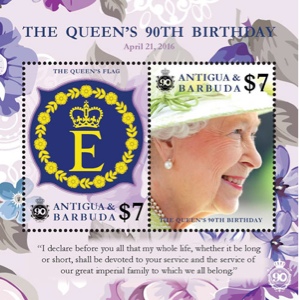 Further to Stewie 1911's revelations in the comment section at the end of Blog 823 about personalised stamps which are seemingly official in nature emanating from the Dutch company, Edel Collecties, I have looked at the company's website and find it to be a fascinating read.
Clearly this company is selling stamps printed on personalisable sheets for various territories whose official agents are IGPC and also Philatelic Collector Inc. and to anyone who is not informed about these items they could look like official issues produced by the respective postal administrations themselves. In his comments in Blog 823 Stewie 1911 names several territories whose personalised stamps are being used to produce these items - here for instance are items purporting to be from Guyana which commemorate Princess Catherina-Amalia of The Netherlands. 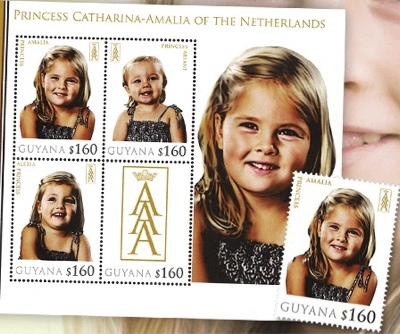 There is also a recent 2 stamp issue from Guyana which commemorates the 5th anniversary of the 11th September terrorist outrages in New York.
A sheetlet of 8 different stamps was produced on Penrhyn personalisable stamps which noted the birth of Princess Charlotte of Cambridge:- 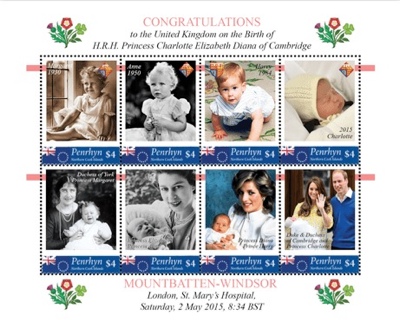 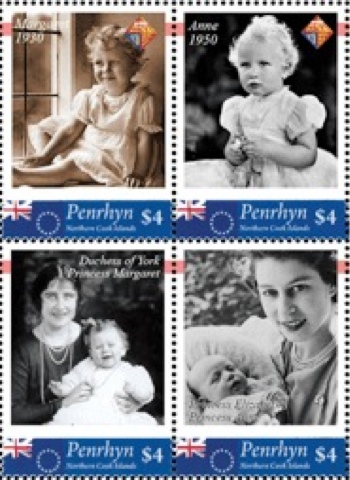 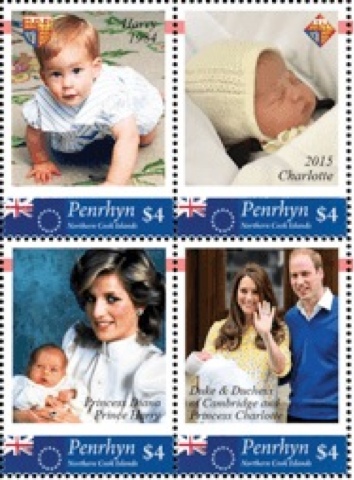 Most alarming of all is a 4 stamp sheetlet with the name of Young Island Grenadines Of St. Vincent printed on it which commemorates the 90th birthday of Queen Elizabeth Ii and reproduces the photograph of the 4 most senior members of the British royal family which was especially taken for Royal Mail's own 90th Birthday issue. I wonder what Royal Mail will think of this product which is being offered for sale at a price of €7.50. 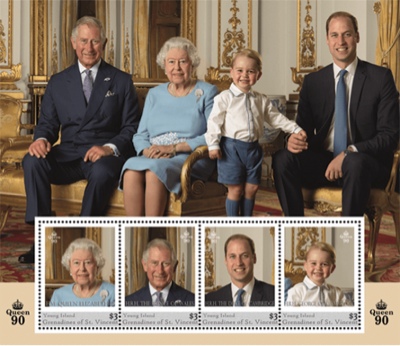 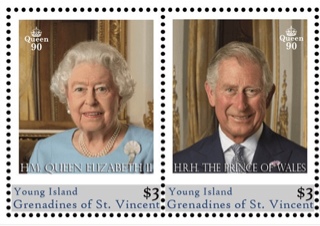 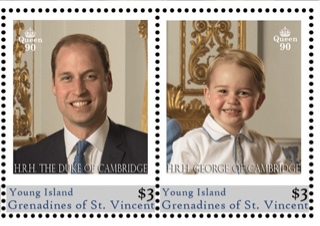