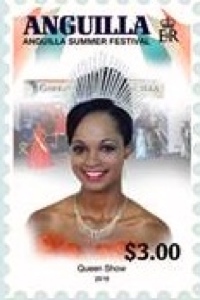 The issue of new stamps by the Anguilla Postal Service is a rare event but a set of 6 stamps was released on 2 August 2016 to commemorate the Anguilla Summer Festival. The $3 value depicts the late Kimbra Smith Webster who was "Miss Anguilla 1999" and other values depict scenes from the festival. This is a colourful and interesting issue of local relevance and just what an issue from a small territory should be. Rating:- *****. 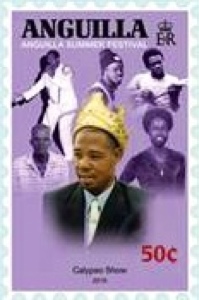 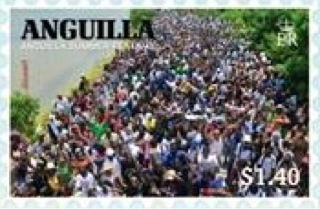 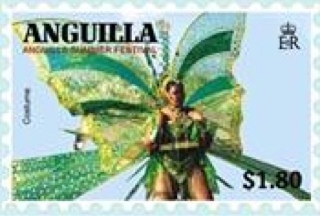 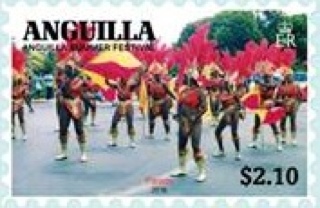 From this Anguillan set which has  integrity and local interest to another Caribbean issue completely lacking in any integrity or local relevance - "The World's Most Respected Philatelic Agency" (their words not mine) - the New York-based IGPC - has issued a number of sets on behalf of its client countries including Guyana which depict the candidates in this year's Presidential elections in The United States Of America. A sheetlet of 6 different stamps and an accompanying single-stamp miniature sheet have been released with the name of Guyana printed on them, the total face value being $2500 (Guyanese) which is equal to £9.40p, featuring the candidate standing on behalf of the Democratic Party, Mrs. Hillary Clinton. There seems to be no reason at all for such an issue from Guyana. Rating:- 0. 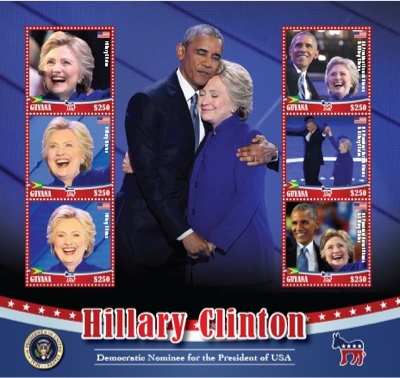 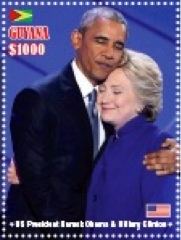 The press release giving notice of this US election omnibus from IGPC draws attention to a previous issue of products it made in the name of Liberia in 2001 when the candidates were Al Gore and George W Bush and when, after the US media had announced incorrectly that Gore was the victor, "Just before midnight on election day, the government of Liberia first issued a mini sheet claiming victory for Al Gore as 41st President of the United States ..... "
"Liberia's early announce (sic) of the stamp release created a collector frenzy for the Gore stamp, which was recalled after being on sale for less than 24 hours. Immediately following the formal election results, a new stamp showing Bush as the 41st President went on sale in the post offices of Liberia and around the world."
""This was the craziest stamp issue i can remember", said Sam Malamud, President of the Inter-Governmental Philatelic Corporation, the official worldwide philatelic agent for Liberia, and more than 60 postal administrations. "The collecting frenzy that these Liberia stamps created was one of the best things to happen to our great hobby. Collectors realized the value of this collectible, and has brought collectors and non-collectors of all ages closer to the hobby than ever before.""
"Mr. Malamud further commented that "with the issuance of postage stamps for both candidates, Clinton and Trump, we hope to draw the young adults of the world to stamp collecting, to an improved political system that benefits all"."
"This controversial election will be closely watched by political pundits of all corners of the world. The amazing stamp issues highlighting the candidates will surely become great collectibles and political ambassadors to all who collect them and use them for postage use from the issuing nations."
Collectors will draw their own conclusions about these issues and I'm not sure whether they will all agree with IGPC's publicity! 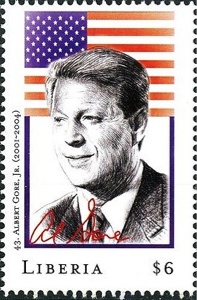 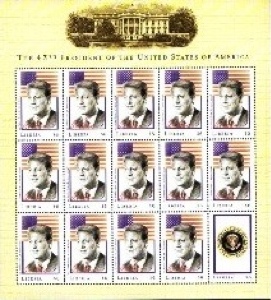 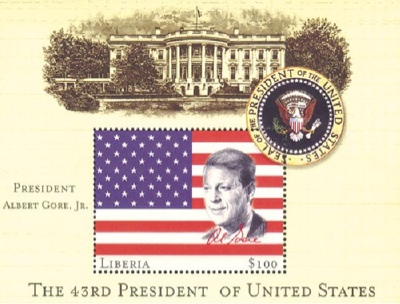