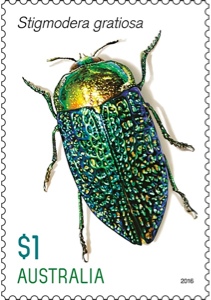 Australia Post will issue a set of 4 gummed stamps, 2 x self-adhesive $1 stamps from coils and 2 x self-adhesive $1 stamps from booklets of 20 x $1 stamps (10 of each design) on 6 September 2016 on the subject of Jewel Beetles. The issue was designed by Jo Mure from illustrations by Owen Bell and lithographed by EgoTrade Pty Ltd (gummed stamps) and Pemara (self-adhesive) and perforated 14.5 x 14. This is a lovely issue but of little significance in subject matter and as Australia Post continues to release so many issues at present I shall not be adding it to my Australia collection. Rating:- **.
The total face value of "1 of everything" amounts to $28 or $428 if you choose to add the "chequebook" of 20 x 20 x $1 stamps to your booklet collection. I wonder if any stamp collector actually does buy these "chequebooks" - surely not. 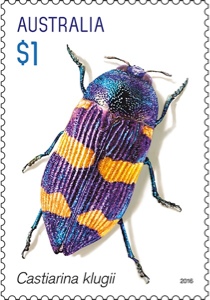 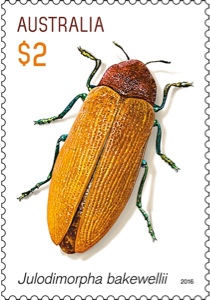 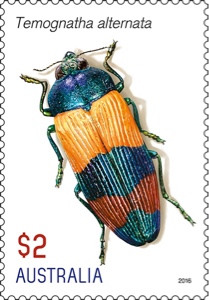 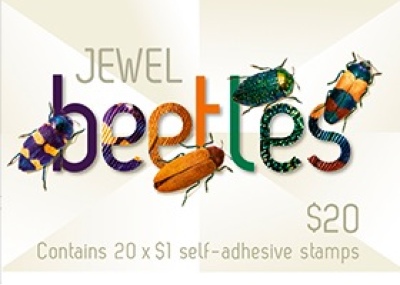 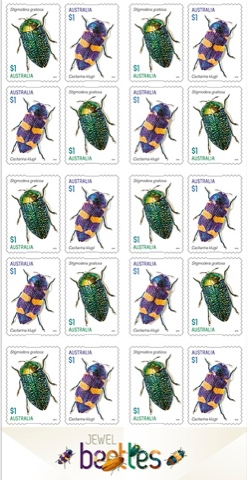 Beetles seem to be all the philatelic rage at the moment what with the upcoming Royal Mail "Ladybirds" "Post and Go" set and the Jersey Post "Beetles" "Post and Go" stamps due to be issued on 15 September 2016 at Autumn Stampex 2016 in London. 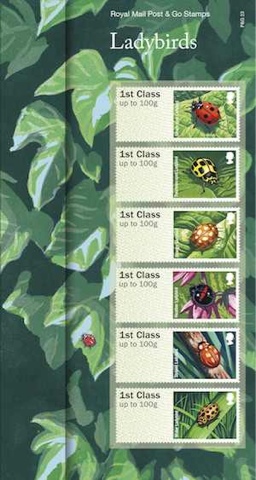 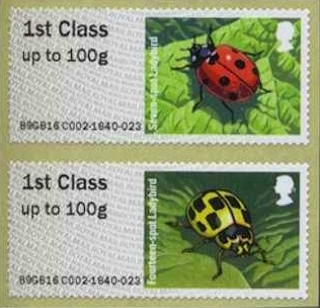 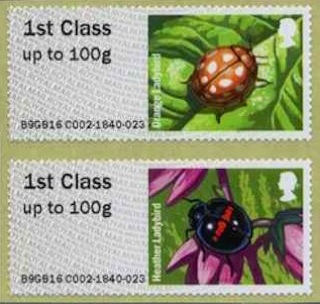 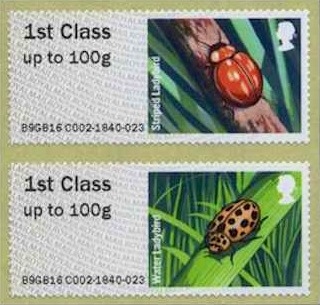 Australia Post's profligacy continues with an issue due on 20 September 2016 which is inscribed "Australian Antarctic Territory" and which is on the subject of "Ice flowers". The set is made up of 4 gummed stamps and 1 miniature sheet which includes all 4 stamps. The issue was designed by Sharon Rodkiewicz from photographs by various photographers and printed in lithography with additional printing techniques being employed including holographic and metal foils and embossing. Again, a lovely set but of no significance amid the current morass of Australia Post issues. Rating:- **. 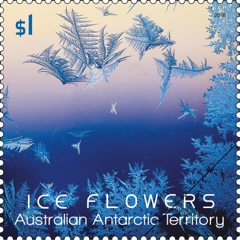 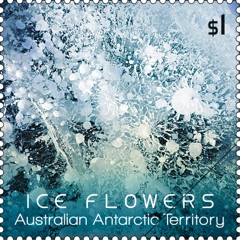 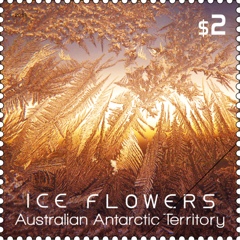 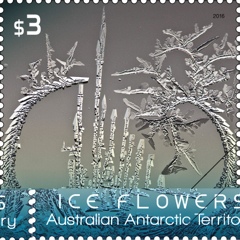 Similar to Royal Mail's "commemorative sheets" and "generic sheets", but even worse, are Australia Post's "licensed stamp packs". A new pack is planned to be released on 19 September 2016 to commemorate "Holden's 30 Bathurst victories" (my knowledge of anything automobile is negligible so I have no idea what the issue is about) which consists of 3 sheets each of 10 x $1 "map of Australia" stamps with various attached labels from the "Love to celebrate" issue. Rating:- 0. 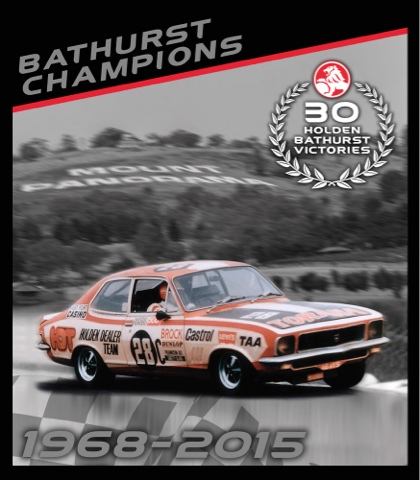 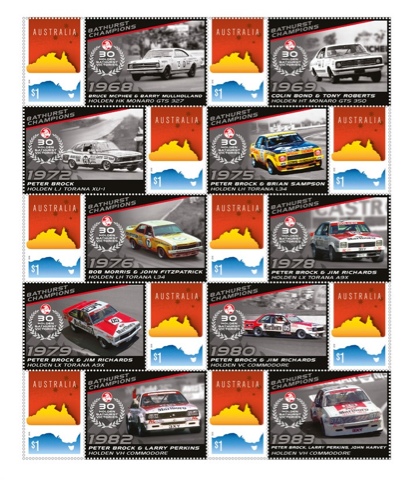 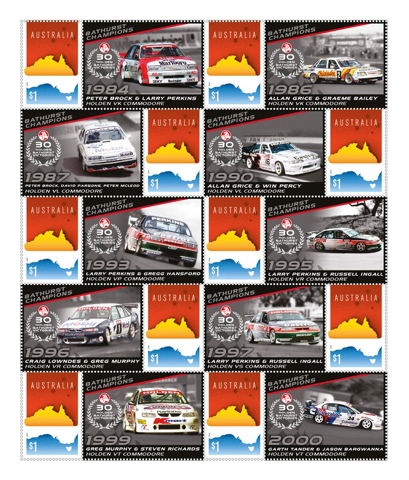 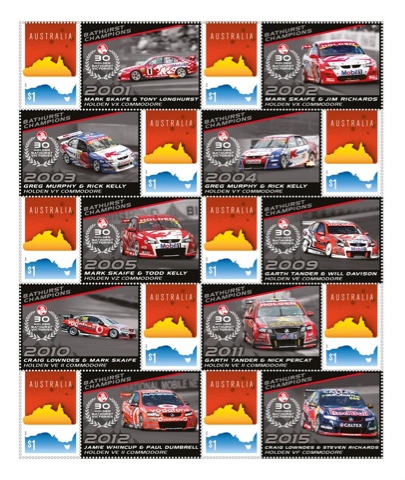 Considering they're sometimes called "giant rats", I can't help finding capybaras, the world's largest rodents, rather attractive and fascinating creatures. IGPC has issued a sheetlet of 6 different stamps and 1 accompanying miniature sheet, which depict these splendid creatures which are found in South America, including Guyana, and, though I don't buy many IGPC issues I'm adding this set to my Guyana collection for the fun of it and also because the issue is actually relevant to the country whose name is printed on the stamps. Rating:- ***. 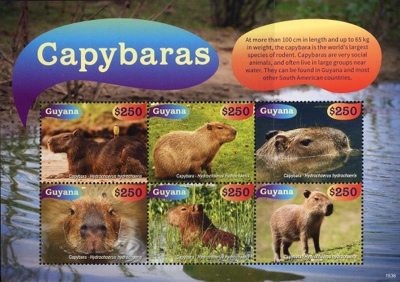 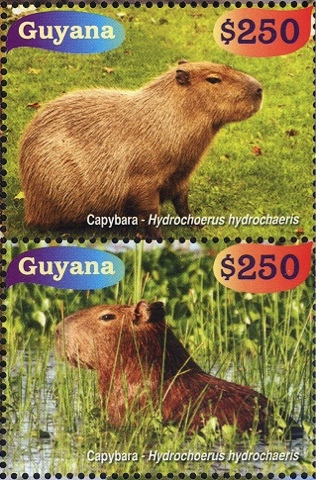 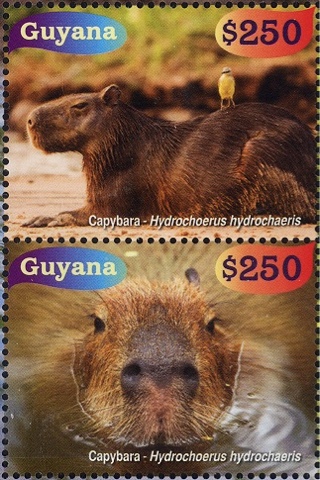 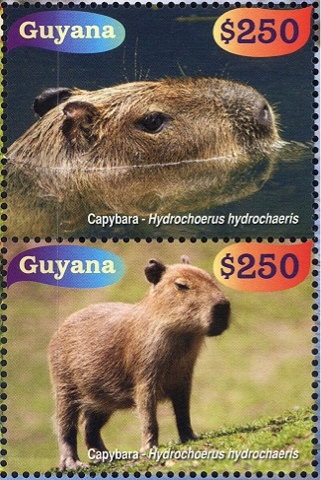 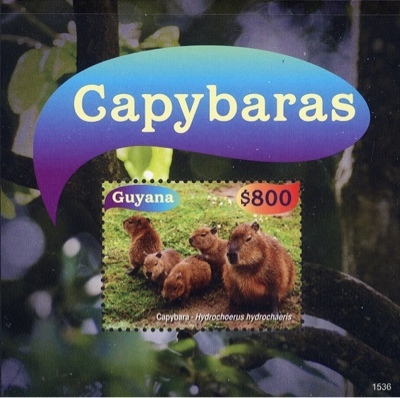