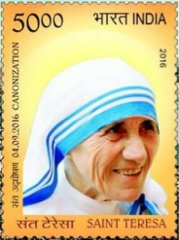 India Post released a miniature sheet containing a single Rs50 stamp on 4 September 2016 to commemorate the canonisation of Mother Teresa of Kolkata which was carried out by Pope Francis in Rome on the date of issue of the stamp. Rating:- *****. 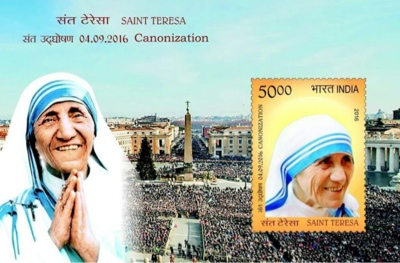 Collectors of modern stamp issues will be familiar with the appearance of St. Teresa on issues from many countries especially those whose names appear on the products of certain exploitational philatelic agencies. St. Teresa has appeared on previous issues from India itself and was depicted on a Rs20 definitive stamp issued on 1 March 2009. 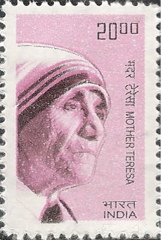 Mother Teresa appeared first on an Indian stamp issued on 27 August 1980 which commemorated the award of the Nobel Peace Prize to her in 1979. 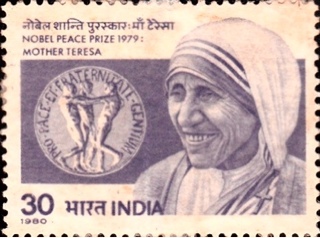 Mother Teresa was featured on a miniature sheet issued on 15 December 1997 after her death on 5 September 1997:- 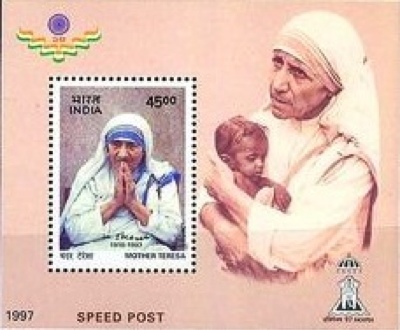