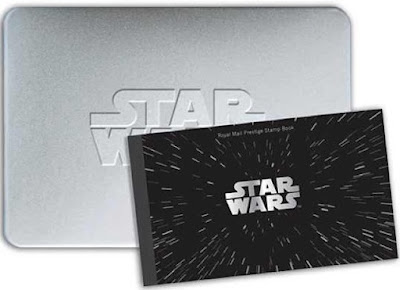 Royal Mail will issue not one, but 2, "Prestige" booklets on 17 December 2015 on the subject of the role Britain has played in the making of the Star Wars movies. The first booklet, consisting of 26 pages, will contain 5 panes in which the 12 gummed as well as the self-adhesive stamps which originate in the miniature sheet will be included. The price of this item is £16.99p.
The second booklet, illustrated above, is described on the Royal Mail website thus:- "Numbered, limited edition of just 1,977. The ultimate Christmas gift for 2015 comprises a silver-foiled Prestige Stamp Book within a metal case that has been embossed with the Star Wars logo.
A numbered, Limited edition of just 1977 copies - in homage to the year the original Star Wars film was launched.
Unique cover design featuring Silver and holographic foiling and limited edition numbering.
Presented in an embossed silver coloured teal clamshell case with embossed Star Wars logo.
Snugly packed into laser cut high compression foam to ensure the product is kept in pristine condition."
This item is to be sold for £120 (yes, really!!).

The above is not a spoof as hard as it may be to believe what is written. Presumably there are die-hard Star Wars enthusiasts who will buy this item and a few, well-off stamp collectors who will feel that their "British" collection is not complete without it. I shall not be buying this item since I can't think of a way of mounting a "metal case embossed with the Star Wars logo" in my album and so what on earth do I do with it? Besides, I can think of a lot of many more useful things to do with £120 than buying this item. Still, I suppose it will give pleasure to someone somewhere even if they live in a galaxy far far away. 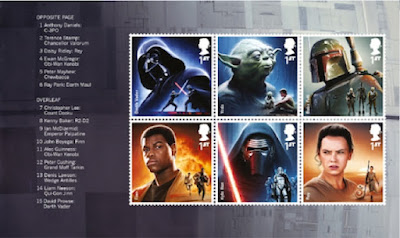 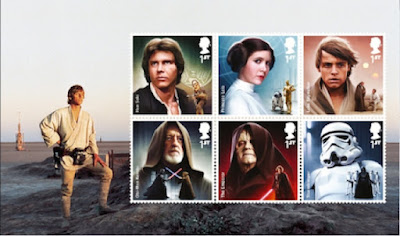 The latest Royal Mail "Post And Go" stamps duly made their appearance in NMR kiosks in real post offices on 19 October 2015 - a reissue of the "Poppy" stamps but with a new "MA15" code. IAR versions were introduced to kiosks at the British Postal Museum and Archives (BPMA) and in delivery offices. A collector's strip costs £7.68p and so an example of both versions of the Collectors' strips will set a collector back £15.36p. 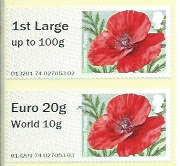 The Norfolk Island postal administration will issue 5 Christmas stamps for 2015 as depicted below. I do not yet know the precise date of issue. I do like the local feel of the designs depicting as they do Christmas decorations produced as local handicrafts. Rating:- ****. 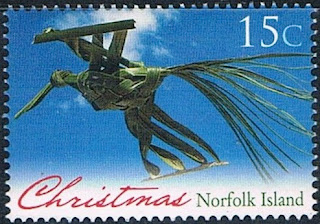 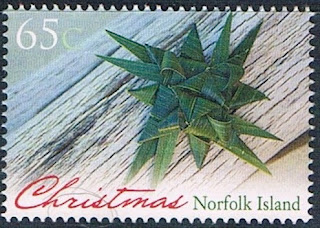 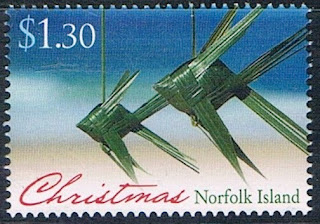 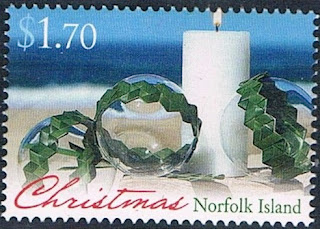 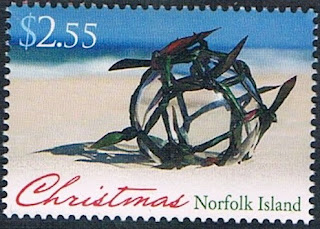 Something that I have not yet got around to mentioning in this blog is the rather spectacular miniature sheet released by Singapore Post in a limited edition of 888 which commemorates the 50th anniversary of Independence. Being a "Limited Edition" this too was sold at well over face value and sold out more or less immediately.

Singapore Post will issue a pair of stamps on 24 October 2015 to commemorate the 50th anniversary of the Citizens' Consultative Committees. The issue was designed by Tan Kia Lin Mavis and printed in  lithography and silk screen  by British Thai Security Printers. Rating:- ***. 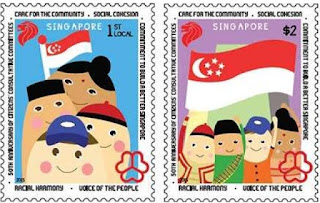 Among this month's issues from the US philatelic agency, IGPC, is a set inscribed St. Vincent And The Grenadines and incorporating the national coat of arms (which is unusual) on the subject of Russian culture. The date of issue is given as 27 October 2014 and IGPC's highlighting of this issue seems to have occurred a remarkably long time after its stated date of issue. The eye-catching designs of 8 of the stamps depict views of the domes of St. Basil's Cathedral and 4 more depict colourful Russian dolls. These stamps are accompanied by a sheetlet of 4 different stamps and 1 miniature sheet on the subject of Russian paintings. 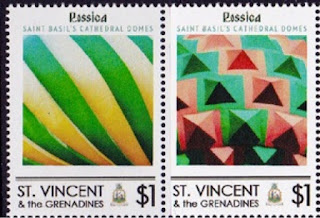 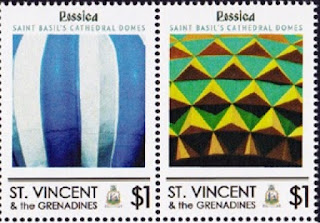 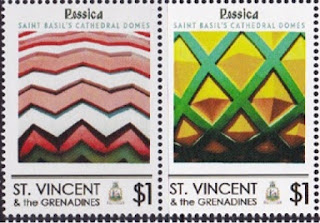 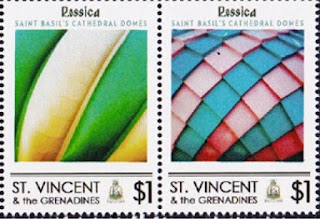 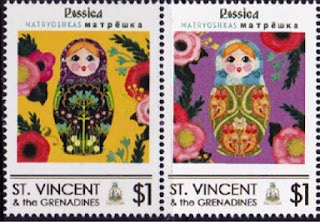 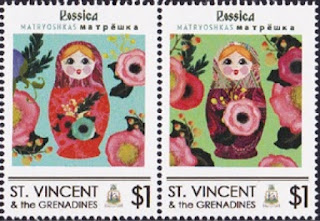 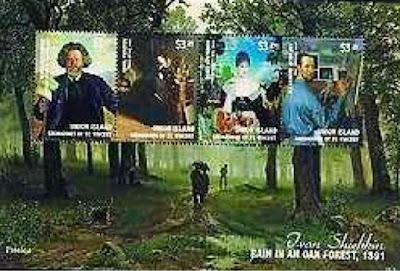 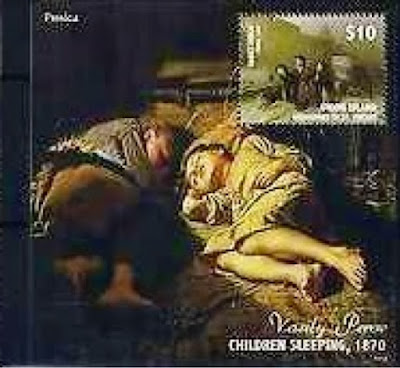