Jersey Post will then issue a set of 8 Christmas stamps on 27 November 2015 which all depict stained glass windows in Jersey churches. The windows are the work of Henry Thomas Bosdet who was born in Jersey in 1856. The stamp designs were derived from photographs taken by Andy Le Gresley and lithographed by Cartor. The total face value is £5.45 but don't forget that value added tax has to be added to that sum. Rating:- ****. 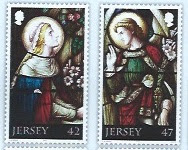 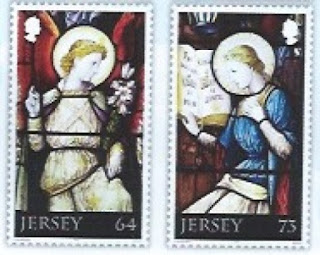 Stained glass windows also feature on the 2 sets of Christmas stamps which Guernsey Post will issue on 6 November 2015. The set of 7 self-adhesive stamps inscribed Guernsey features stained glass windows in St. Stephen's church in Guernsey (total cost £3.99p) while the second issue, again of 7 self-adhesive stamps, is inscribed Alderney, and depicts windows in St. Anne's church in Alderney which commemorate Anne French who carried out a large amount of charity work in Alderney and elsewhere in support of children (total cost also £3.99p).
The "Guernsey" issue was designed by Two Degrees North and lithographed by Cartor while the stamps inscribed "Alderney" were also designed by Two Degrees North but lithographed by Southern Colour Print. Rating:- ****. 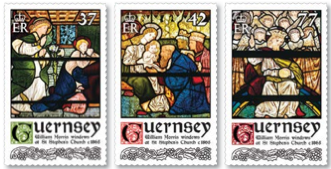 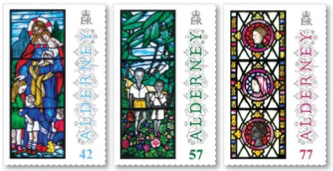 See also Blog 650 for yet more stained glass windows which appear on New Zealand's Christmas stamps.
This week's Commonwealth products from Stamperija are printed with the name of Solomon Islands inscribed on them and are stated to have been issued on 25 September 2015. These apparently have the added attraction to collectors in that they are all individually numbered 1 - 1000 which makes them sound like scarce, "limited edition" items though one presumes that in actual fact it represents the maximum number of collectors who are ever likely to want to buy the stuff.
No surprise that this "issue" consists of the usual 10 sheetlets each of 4 different "stamps" plus 10 accompanying miniature sheets. This time the subjects are Dolphins, Dogs, Killer whales, Lighthouses, Formula 1 racing drivers, Butterflies, Owls, Turtles, Minerals and Mushrooms. Rating:- 0. 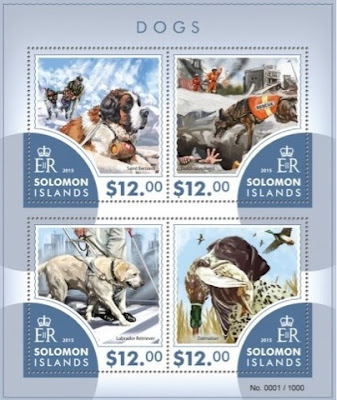 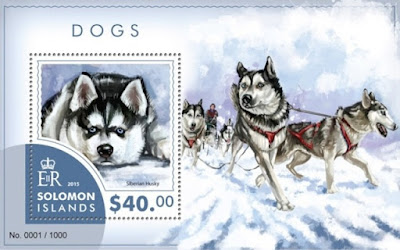 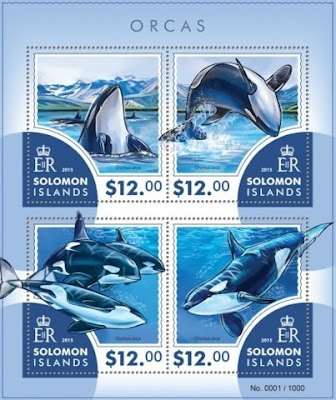 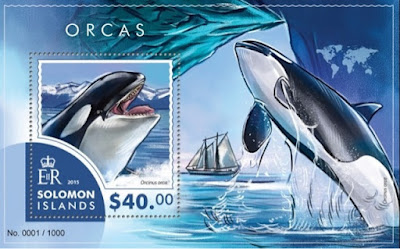 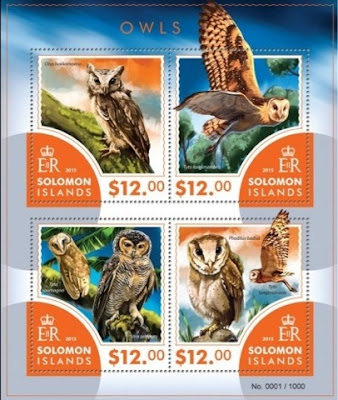 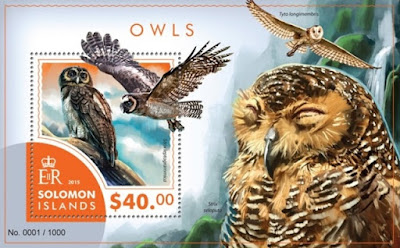