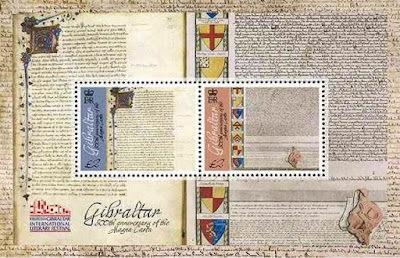 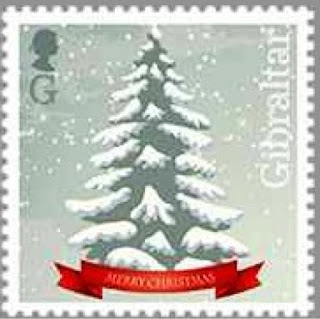 Depicted below is the complete set of 7 Christmas stamps inscribed "Guernsey" to be issued by Guernsey Post which showed stained glass windows by William Morris in St. Stephen's Church in Guernsey. It is a very attractive set. See Blog 651. 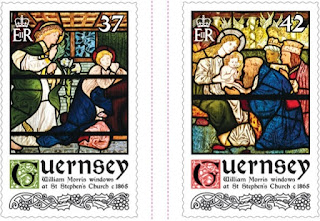 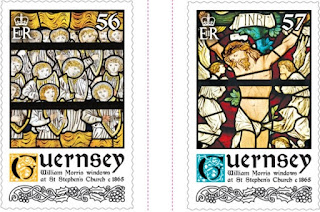 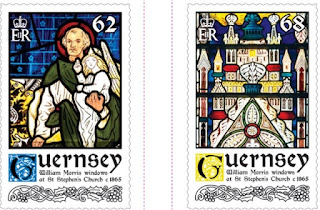 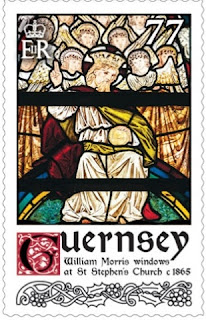 The Bermuda Post Office has issued 5 stamps to commemorate the 150th anniversary of the island's first postage stamps. I have not yet found any publicity about this issue so I do not yet know the date of issue. Bermuda markets its stamps through CASCO which seems to me, a simple collector, to be moribund in promoting its client territories' new issues by the means of putting out publicity to collectors especially when compared with the excellent forward publicity and up-to-date website of Pobjoy Stamps. There is little wonder that CASCO has lost so many client territories in recent years.
Rating of stamps:- ****. 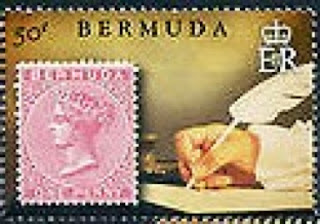 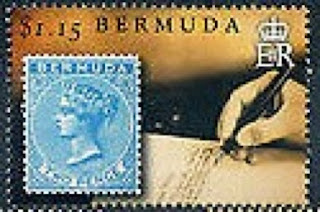 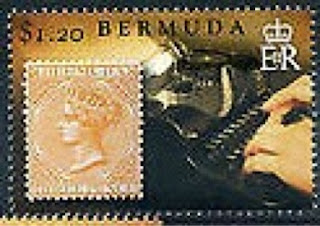 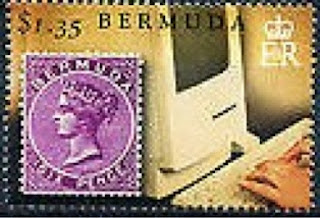 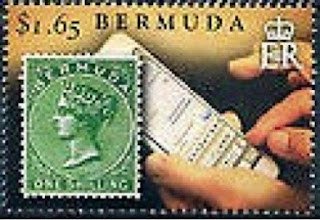 Collectors of New Zealand Post stamps will be rushing to the postal administration's philatelic website to order the latest philatelic products being sold there.... or perhaps they won't.
Following on from Royal Mail's £120 limited edition Star Wars "Prestige booklet" (see Blog 652) New Zealand Post has given us 2 limited edition NZ$188 "Year of the Monkey" miniature sheets (when I say "given" I of course mean that it is selling them to us unless we show self-control and turn down the offer).
The miniature sheets come in formats in which the four stamps contained in the sheets are printed in coloured ink on 24 carat 99.9% gold foil or embossed and etched on the gold foil. To make it all worthwhile both sheets are presented in perspex display stands. If you want both, they will set you back NZ$376 (presently £166.18p).
However, if you have a few more spare dollars, you can invest in a highly limited edition of the all gold miniature sheet in a special frame - wow! The New Zealand Post website informs us helpfully that "This large miniature sheet is one of only 128 produced so you'll need to order quickly". So hurry and write your cheque for NZ$560 (£247.29p) though now I think about it, $378 (£164.80p) seems to be a remarkably large amount of money to pay for a small picture frame. Is this a question of New Zealand Post " making a monkey" of their customers? Rating:- 0. 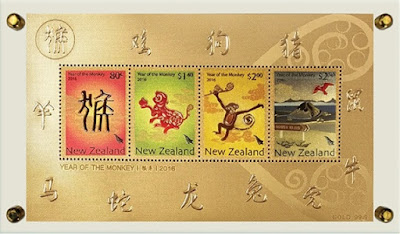 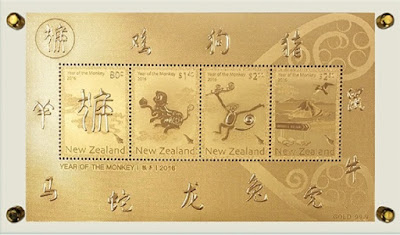 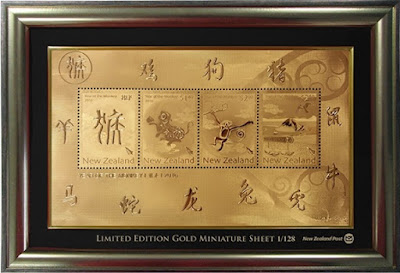 I have just received my set of the new Pitcairn Islands definitives (see Blog 647) and they do indeed have the inscription "CELEBRATING THE 75th ANIVERSARY OF THE FIRST POSTAGE STAMPS ISSUE 1940 - 2015" although the publicity brochure for the set ("Pitcairn Islands Stamp Bulletin 147") is correctly headlined with the correct spelling of "ANNIVERSARY".

I presume then that all values of this definitive series will be reissued in time with the correct spelling - this is one of the great Commonwealth embarrassing stamp errors of the 21st century. 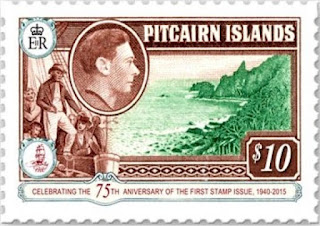