Canada Post released an issue on 2 October 2015 in its ongoing great Canadian ice hockey players series. The issue was made up of 6 self-adhesive stamps from booklets of six, 1 gummed miniature sheet of all 6 stamps and 6 single $1.80 stamp miniature sheets presented in foil packs as were released in 2014. The subject of the 2015 issue is "Great Canadian Goalies". The stamps were designed by Avi Dunkelman and Joseph Gault (MIX Design Group) and lithographed by Lowe-Martin. Rating:- ****. 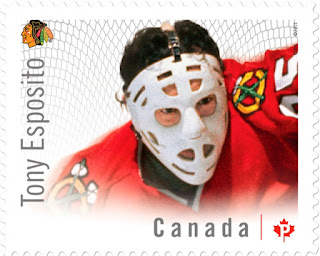 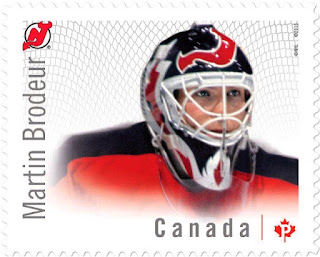 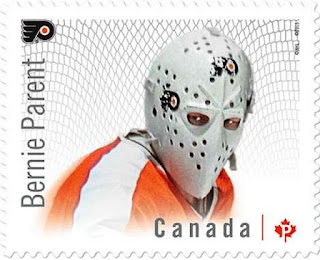 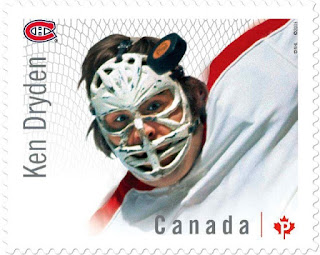 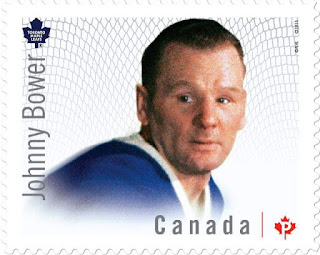 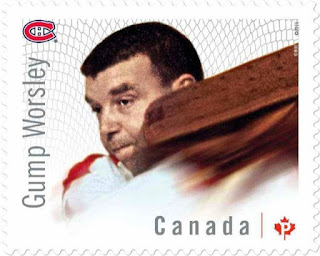 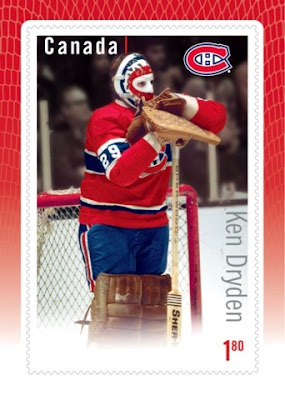 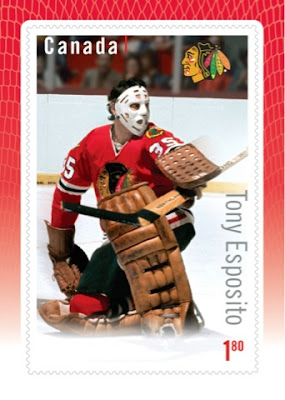 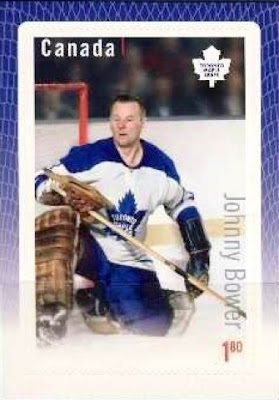 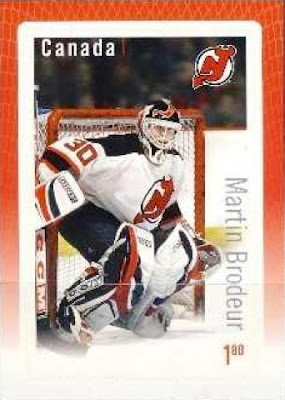 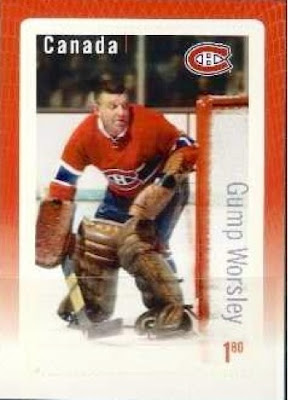 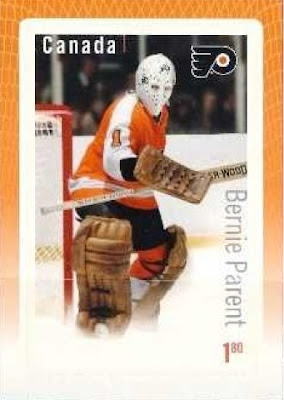 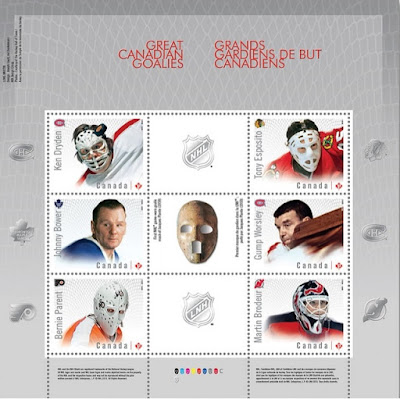 Canada Post will also issue its Christmas stamps on 2 November 2015. There will be 1 religion-themed design sold in a booklet of 12 self-adhesive domestic rate stamps as well as 3 cheerful Christmas animals self-adhesive stamps sold in booklets of 12 (domestic rate) or 6 ($1.20 and $2.50 values). The religious stamp will depict "The Adoration of The Magi" by Adriaen Isambrandt which is housed in the Montreal Museum of Fine Arts and was designed by Louis Methe and lithographed by Canadian Bank Note. The animal designs were by Paprika using illustrations by Gerard DuBois and lithographed by Lowe-Martin. The animal stamps will also be combined in a gummed miniature sheet. Rating:- *****. 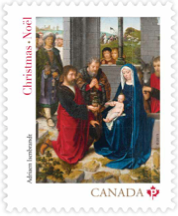 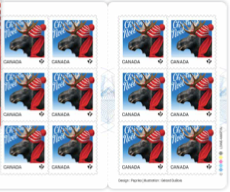 IGPC issued a sheetlet of 4 different stamps titled "Day of Four Popes" on 10 August 2015 to commemorate the presence of Pope Francis and Pope Emeritus Benedict XVI at the canonisation ceremony of Popes John XXIII and John Paul II. The items were inscribed with the name of St. Vincent And The Grenadines. Rating:- 0. 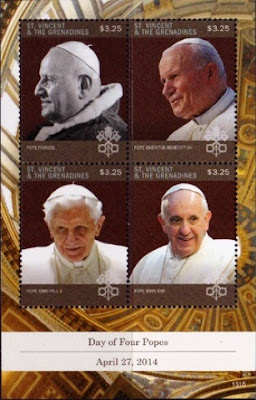 Maldives Post are said to have issued a miniature sheet printed on "silk" on 15 April 2015 to commemorate the visit of the President of The People's Republic of China to Maldives which took place in September 2014. It has a strange face value of Rf88 (currently equal to £3.78p) which is not terribly expensive but auction internet site dealers are offering the item for about €25 which is currently equal to £18.46p or 488% of face value. Presumably this is related to the price for which Maldives Post's philatelic agents, Stamperija, are selling the miniature sheet. I certainly will not be rushing into buying this item at such a great mark up above face value. Such greed! Rating:- *. 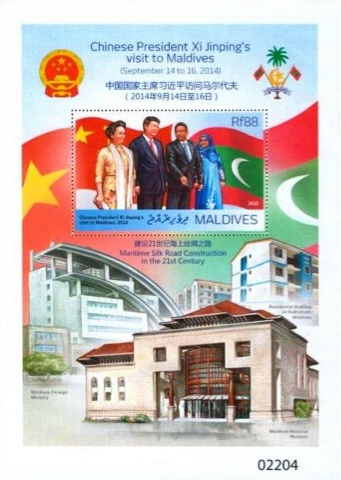 This week's philatelic products from Stamperija include the usual 10 sheetlets, each of 4 different "stamps", with 10 miniature sheets, on the usual random collection of subjects, mostly with little or no relevance to the country whose name appears on the items. Thus, with a stated date of issue of 24 July 2015, collectors can spend their money on items inscribed "Sierra Leone" which depict Sledge dogs, Nobel Prize winners, the Exploration of Mars, George Stephenson (English railway engineer and inventor), Tall ships, Fire engines, High speed trains, Concorde, "Special transport" and "Zeppelins and dirigibles". Rating:- 0. 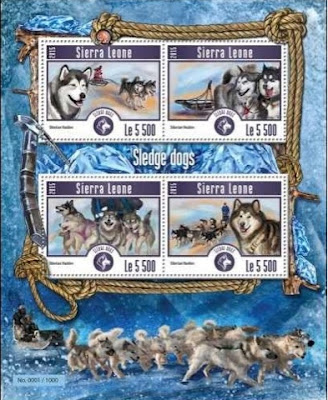 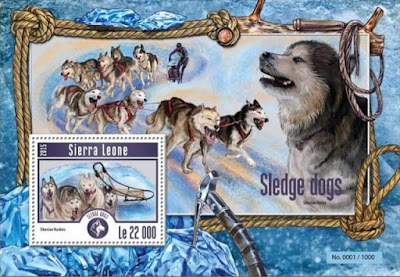 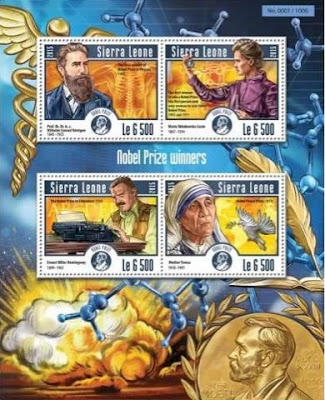 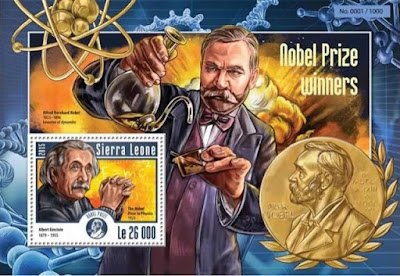 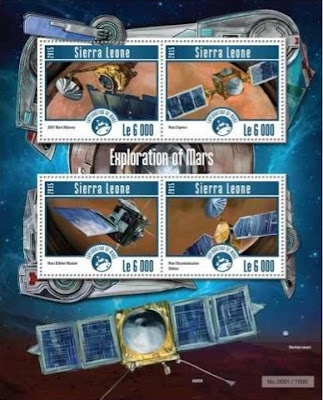 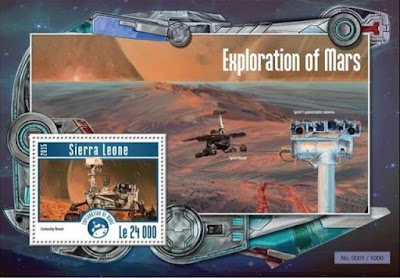