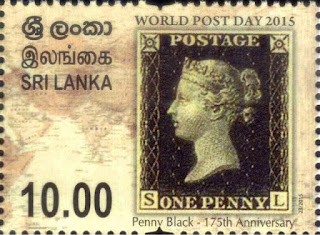 The Sri Lanka postal administration issued 1 stamp on 9 October 2015 (World Post Day) to commemorate the 175th anniversary of the Penny Black. Appropriately, the designer has depicted a penny black with the lettering "S" and "L". Rating:-*****.
An issue was also released on 30 September 2015 to commemorate the 60th anniversary of the Department of Elections and was made up of 4 stamps and 1 miniature sheet. The latter also commemorates the 6th meeting of an organisation called FEMBoSA - the Forum of Election Management Bodies of South Asia. Rating:- **. 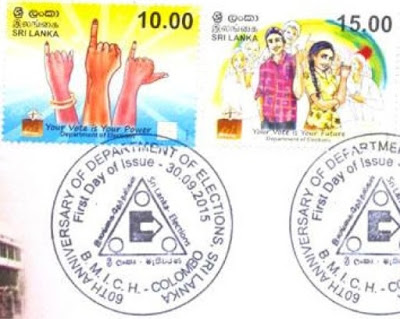 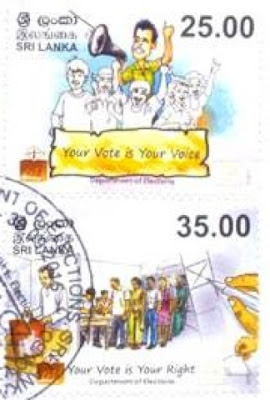 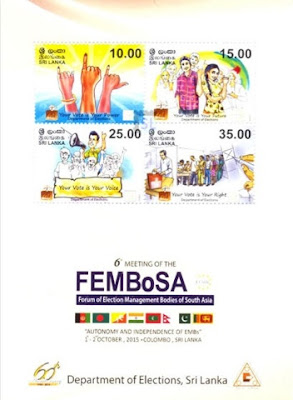 Another 29 stamp issues from 2013 and 2104 have been consigned to the Appendix section of the Stanley Gibbons Part 1 Catalogue in the latest Catalogue supplement published in the November edition of Gibbons Stamp Monthly. The countries affected by these editorial decisions this time are Guyana and St. Vincent and The Grenadines - both territories which are "client" states of the New York-based philatelic agency, IGPC.
I have previously said how much it pleases me that the Catalogue's editor is being selective about the "issues" to which he accords full catalogue status but I am less happy about the consistency of his choices. The editor seems to base his decision of whether or not to relegate to the Appendix on the basis of relevance of subject featured on the so-called stamps to the country whose name is printed on the items.
It seems to me that the late American entertainer, Elvis Presley, has no relevance to either Guyana nor St. Vincent but whereas a set of 5 miniature sheets issued with the name of St. Vincent printed on them gets a place in the main body of the Catalogue and therefore a Catalogue number, a sheetlet from Guyana also featuring Presley has been deservedly relegated to the Appendix. Why one and not the other?
Likewise, the former British prime minister, Margaret Thatcher, may have been a great international statesman but she had no direct relevance to St. Vincent And The Grenadines but the sheetlet released by IGPC to commemorate her with the name of St. Vincent And The Grenadines printed on it is accorded full catalogue listing and given a catalogue number.
A sheetlet featuring domestic guinea pigs with the name of Guyana printed on it has also been given full catalogue listing presumably because guinea pig is considered a food delicacy in the country!
It is rather important that the editor is consistent in his approach as to which issues are given full catalogue status and which are doomed to the appendix since collectors who like to stick rigidly to collecting everything listed in the catalogue need to be able to predict how a particular new issue may be viewed especially as it may be one or two years before its country's listing is brought up to date.


The Kenya postal administration issued a set of 4 stamps on 9 October 2015 (World Post Day) to commemorate the 150th anniversary of the International Telecommunicatios Union (ITU):- 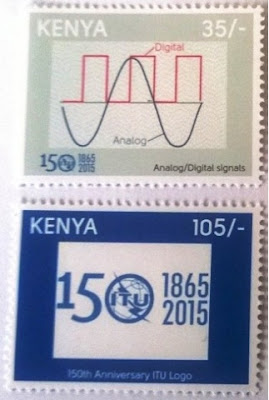 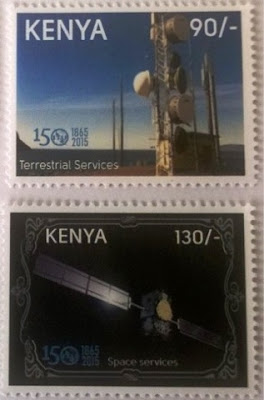 Hongkong Post's latest stamp issue was released on 9 October 2015 to commemorate World Post day. The issue, made up of 4 stamps and 1 miniature sheet, was designed by Lee Ying-chi and lithographed by Enschede:- 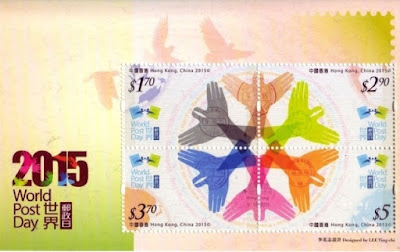