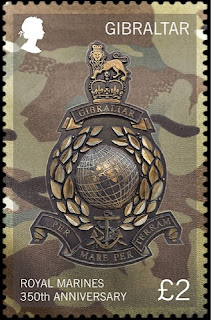 Gibraltar issued a single stamp on 25 October 2014 to commemorate the 350th anniversary of the Royal Marines. The stamp, depicted above, was designed by Stephen Perera and lithographed by Cartor.
Bahamas will issue a set of 4 stamps on 11 November 2014 as its Christmas issue. The designs depict the Christmas story and are by Andrew Robinson and were lithographed by BDT International:- 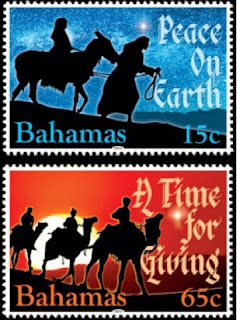 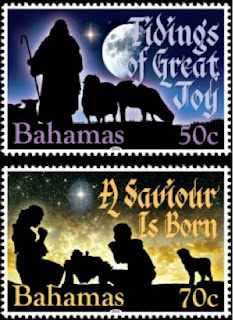 Australia Post released 4 gummed stamps, 1 gummed miniature sheet and 4 self-adhesive stamps from booklets of 10 x 70c on 21 October 2014 to commemorate the centenary of the Australian Defence Force. The stamps were designed by Tim Hancock and lithographed by EGO:- 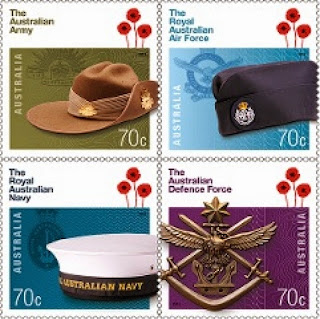 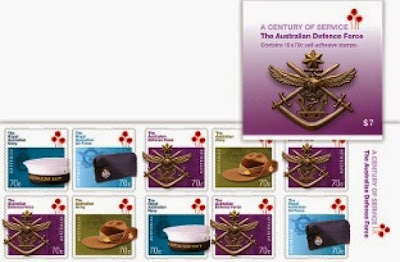 Pos Malaysia issued a set of 4 stamps and 1 miniature sheet on 9 October 2014 as a joint issue with Hong Kong (see Blog 479). The stamps were designed by Reign Associates and Ms. Choi Ka-Ching and lithographed by Cartor:- 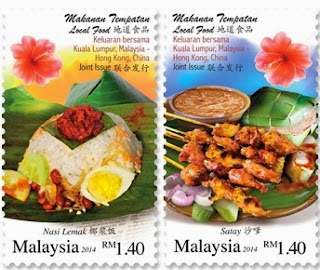 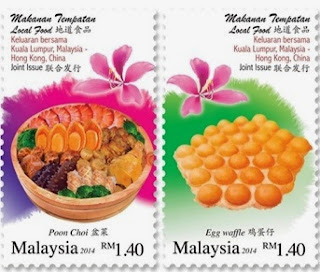 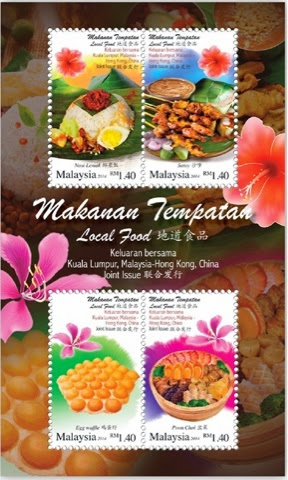