Ascension Island will issue an excellent set of 6 stamps on 28 October 2014 to commemorate the 350th anniversary of the Royal Marines. The subject of the set is relevant to Ascension because a garrison of the Marines was based on the island from 1823. The Royal Marines were founded by King Charles II on 28 October 1664 as The Duke of York and Albany's Maritime Regiment Of Foot. The design of the 50p value depicts a 19th century Marine outside the old Royal Marines Barracks in Georgetown in Ascenion.
The marvellous illustrations of various Marines used on the stamps are by Robin Carter and the stamps were lithographed by BDT. As I have often stated before, this set is interesting, relevant and attractive, as we have come to expect from the Pobjoy Stamps/Creative Direction combination:-

Anguilla continues the maritime theme with its first set of 2014 which comprises 8 stamps and 1 miniature sheet. This is the second part of the Local Sea Captains series which began in 2013, the date of issue being 7 July 2014:- 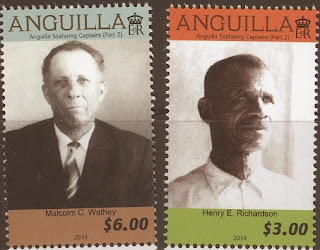 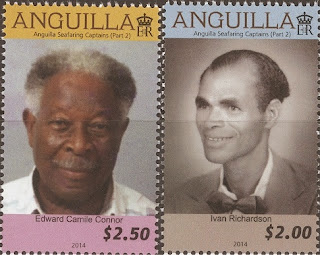 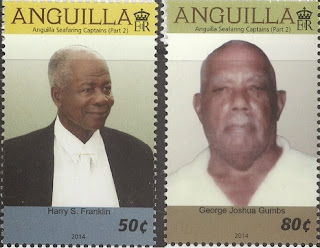 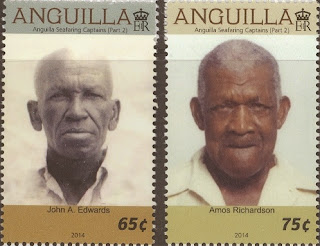 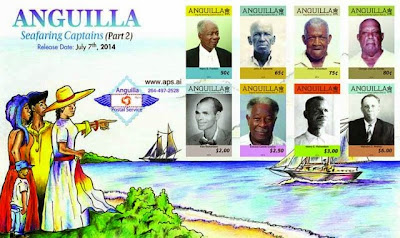 The latest issue from Sri Lanka was released on 1 October 2014 to commemorate World Children's Day:- 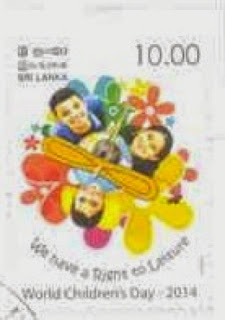 Australia Post issued 3 new gummed stamps ($2.75, $5.35 and $7.40) on 1 October 2014 with the collective title of "Wilderness Australia". The designs are by Boschen Design and the issue was printed in lithography by RA Print. The $2.75 value was also printed in self-adhesive format in sheetlets of 5 stamps:-

A set of 4 gummed stamps, 4 self-adhesive from coils and 4 self-adhesive from booklets will be released on 7 October 2014 on the subject of Australian race courses. The designs are by Sonia Young with printing having been carried out in lithography by McKellar Renown and Pemara:- Malta Post's most recent new stamp issue illustrates the 28 Grand Masters of the Sovereign Military Order of Malta who led the Order during the period 1530 (when Malta became territory of the Order) to 1798 which is when the French under Bonaparte took possession of Malta and expelled the knights. The stamps were issued in 3 sheetlets (2 x 10 different stamps and 1 x 8 different stamps) and were released on 30 September 2014. The issue was designed by Cedric Galea Pirotta and lithographed by Printex:- 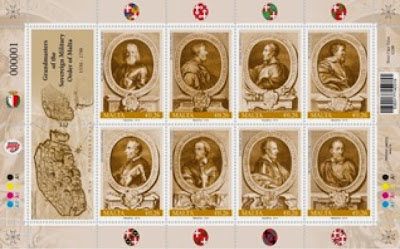 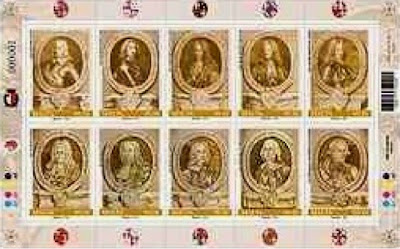 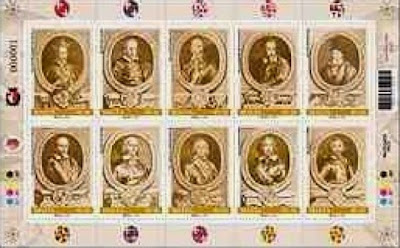