New Zealand Post will issue yet another set of stamps and various associated philatelic items on 12 November 2014 on the increasingly dull subject of The Hobbit movies. Although the English author, JRR Tolkein, wrote a relatively short novel for children which was based on old Germanic and Norse legends, a New Zealand-born film director has managed to make 3 movies based on Tolkein's little book and filmed it in New Zealand. In consequence New Zealand Post has felt that it has a valid reason to produce a large number of relatively expensive philatelic products including a "The Battle Of The Five Armies Ultimate Collection" priced $449.90c (£221.91p!) to commemorate the release of the latest film in this saga.
Depicted below are 7 gummed stamps (previous Lord Of The Rings/The Hobbit sets have consisted of only 6 stamps), 7 gummed miniature sheets, a strip of 6 self-adhesive stamps and a booklet of 10 self-adhesive stamps (4 x 80c and 1 of each other value) sold at a total cost of  NZ$59.50 (currently £29.38). The stamps were designed by Stamps and Collectables Business, New Zealand Post and lithographed by Southern Colour Print:- 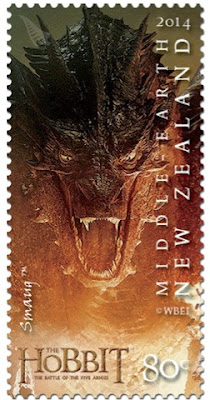 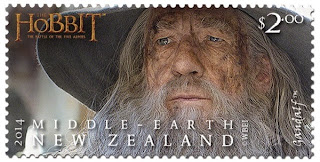 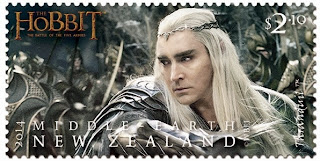 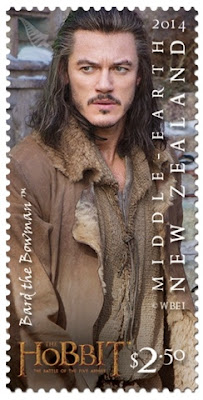 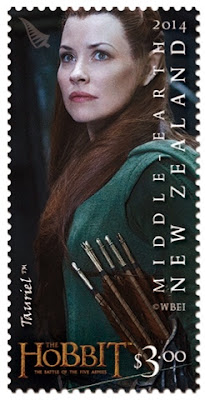 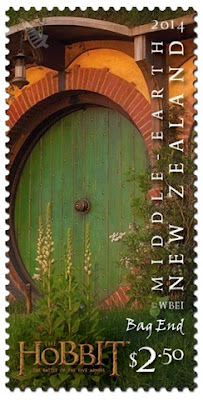 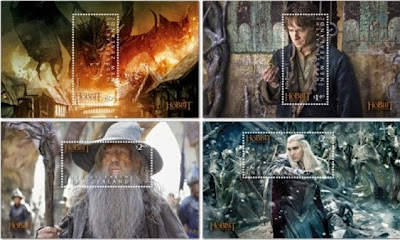 From the excessive to the modest - Sri Lanka issued a single stamp on 9 October 2014 to commemorate World Post Day. The stamp was designed by P. Isiru Chaturanga and lithographed by the Dept. of Government Printing, Sri Lanka:- 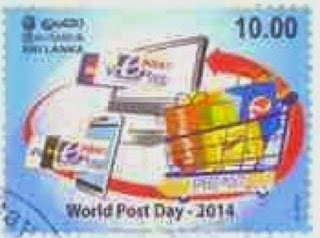 Pitcairn Islands will issue a set of 4 stamps on 3 November 2014 to commemorate the late Nelson Mandela, former South African statesman. The set was designed by Denise Durkin and lithographed by Southern Colour Print:- 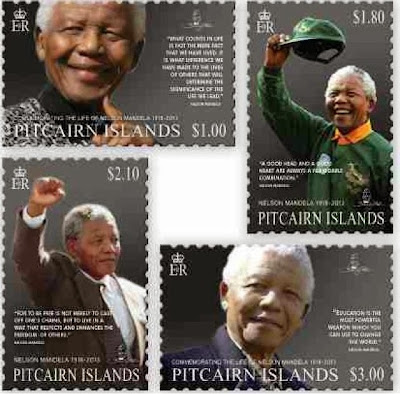