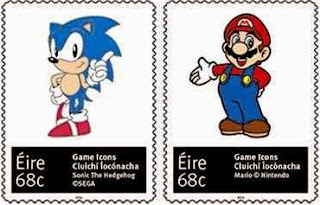 An Post, the Irish postal service, issued a set of 4 stamps on 16 October 2014 on the subject of electronic games icons. I'm not sure why this particular set, which features Sonic The Hedgehog, Mario, Pacman and Space Invaders, is especially relevant to Ireland but Ireland so rarely releases stamps which could be considered excessive or irrelevant that I am quite prepared to forgive An Post on this occasion particularly as the designs, by Zinc Design Associates, are splendidly nostalgic and amusing. The stamps were lithographed by Irish Stamp Security Printers (see below also for details of the Irish Christmas 2014 stamps):- 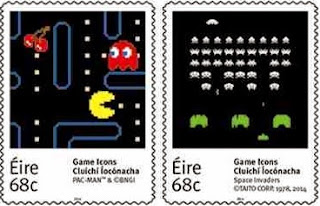 Malta Post will issue a single stamp with attached label on 17 October 2014  to commemorate the "Maltex 2014" philatelic exhibition which is being held on the island, as the label informs us, from 17 to 19 October 2014:-

Cayman Islands issued a set of 7 stamps on 3 October 2014 to commemorate the Commonwealth Games which were held during September in Glasgow. The stamps were designed by Derek Miller and each value depicted a sport in which the Cayman Islands participated at the Games:- 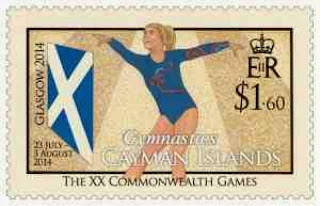 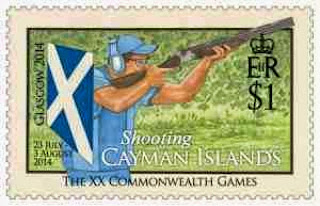 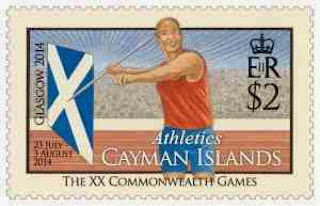 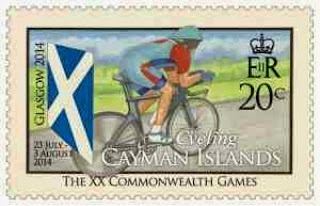 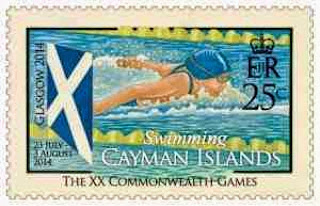 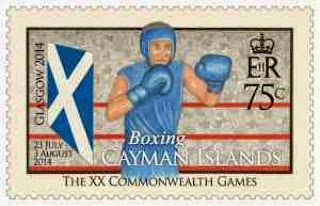 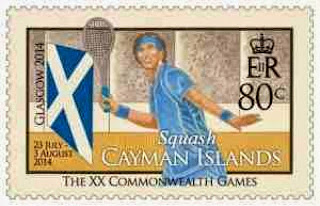 To return to An Post, the Irish Postal service, three stamps will be issued on 6 November 2014 for use on Christmas mail. Two of the stamps are digitally printed by Label Art Ltd. and the third which is self-adhesive from booklets has been lithographed by Walsall Security Printers:-