Fiji has issued a set of 5 stamps to commemorate the reopening of The Grand Pacific Hotel on Victoria Parade in Suva, the country's capital. In the past its guests have included Somerset Maugham, Queen Elizabeth II, the American writer James Michener and Sir Kingsford Smith. The reopening took place on 24 May 2014 to commemorate the hotel's centenary. The date of issue was 8 August 2014.
Papua New Guinea has not issued any stamps which depict a subject of any direct local significance since 6 November 2014 although there have been several issues put out by its foreign philatelic agents on the subject of the Chinese New Year, Nelson Mandela, the Centenary of the beginning of the First World War and Pope Francis. Now a set of 4 stamps and 2 miniature sheets has been released which do indeed feature a subject of extreme local significance  - the ship Spirit of Hela which is a large liquified natural gas carrying vessel which transports the product from the marine terminal at the liquified natural gas plant at Port Moresby to the site to which the gas is exported in Japan. Clearly this is an issue of great economic significance to Papua New Guinea and it is quite understandable that the subject be featured on the country's stamps. The date of issue of the stamps was 4 July 2014 and I am pleased to see that some stamps of local relevance are still being issued in Papua New Guinea rather than items which feature nothing but foreign culture and celebrities:- 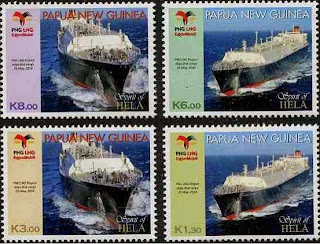 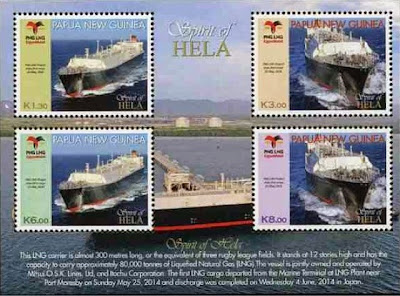 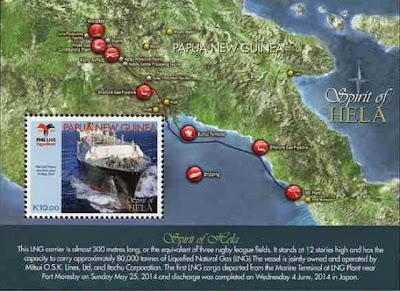 I have previously mentioned the Bangladesh set of 4 stamps and accompanying miniature sheets which depict local flowers and commemorate Philakorea 2014 and I now show better illustrations than previously:- 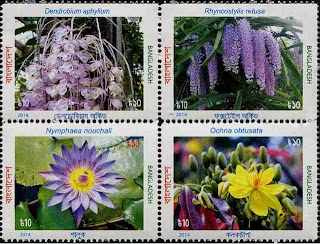 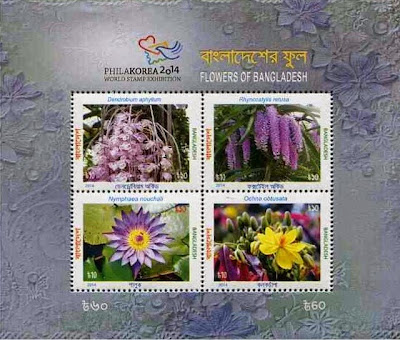 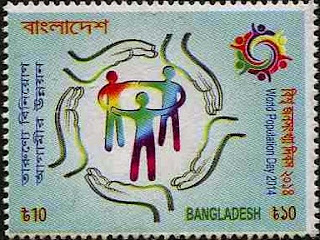 And another stamp to commemorate National Tree Planting Day but unfortunately I do not yet know the dates of issue or any technical details:- 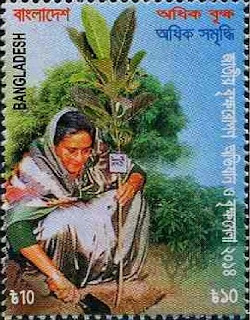