A booklet containing 4 different stamps was issued by the postal service of Ireland, An Post, on 27 March 2014 which is the second issue of the Contemporary Arts series. The stamps were designed by Ger Garland and lithographed by the Irish Stamp Security Printers:- 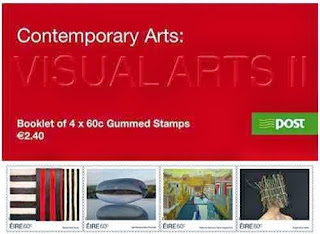 The art depicted on the stamps is "Patterned Behaviour" by Diana Copperwhite, "Maesta" by Sean Scully, "Light Receiver" by Ellis O'Connell and "Chaplet" by Alice Maher. An interesting issue and modestly priced. If Royal Mail had issued a set of paintings we would undoubtedly have been expected to buy 10 or even 12 se-tenant stamps at two and a half or three times the price of this Irish set. An Post really seems to have its new issue policy precisely right and invariably produces well designed and interesting stamps.
Also on the subject of art, amidst the vast ocean of issues which has washed out in recent months from a large New York-based agency which produces philatelic items on behalf of a large number of Commonwealth countries, I overlooked a sheetlet of 4 different stamps and 1 miniature sheet from Tanzania which depicted art by the Chinese artist, Dong Qichang. The set was issued in conjunction with the China International Collection Expo in 2013. Clearly the designs have no relevance to Tanzania  and I would not include the stamps in my own collection of Tanzania stamps, but I mention them for completeness of information:- 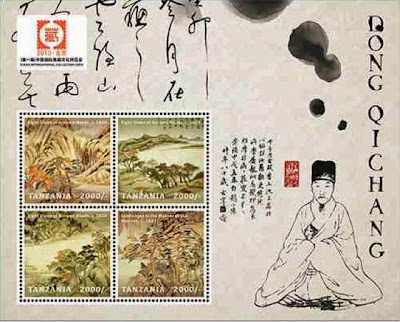 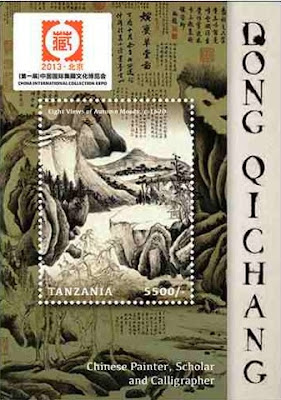 Dong Qichang was a painter, scholar and calligrapher of the late Ming period who lived from 1555 to 1636. He famously produced distorted landscapes as can be seen in the stamp designs. He also served as an official in the imperial civil service. None of which, of course, is anything to do with Tanzania.
Art was the subject of Bhutan's last issue rather controversial issue featuring house wall phallus paintings (see Blog 356) but its latest issue returns to a more familiar theme - the lunar new year, this year being (as we know from countless issues from other territories such as Gibraltar, Guernsey and Tanzania where obviously Chinese New Year is a big event) the Year Of The Horse. Bhutan expands our knowledge of the Year of The Horse by pointing out that this is actually the "Wood Male Horse Year" and this year's issue consists of 1 sheetlet which depicts the 12 animals which make up the zodiac with the horse picked out in the sheetlet by a yellow background. There is also a miniature sheet with a single stamp which depicts a stylised horse. I do not yet know the date of issue of these items:- 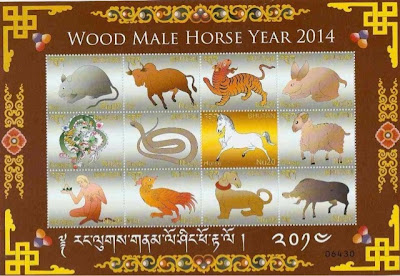 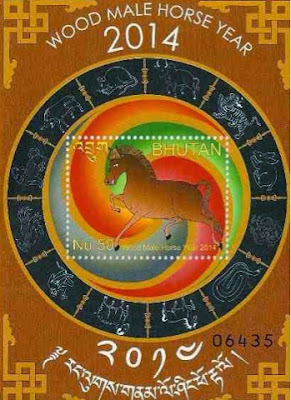 I found an intriguing website recently which features work by Siobhan McDevitt and which has the text "Turks And Caicos postage stamps and poster. Official Downton Abbey licensed product concept submission. Completed at IGPC." The text accompanies an illustration of a sheetlet of 20 x 50c Turks And Caicos stamps (5 rows of 4) perforate and the same sheetlet imperforate and without the stamp values and country name inscription added to the designs.
I have to say that even if I don't particularly approve of lots of countries issuing stamps which depict subjects such as a British television programme that is totally irrelevant them, these designs are very original and effective and interesting and would make an exciting stamp issue. As the text says that these are submitted designs one wonders if they will actually be Turks And Caicos' contribution to the Downton Abbey series - I have not seen such an issue announced yet but time will tell.
The website shows other work by the artist including previous designs produced for the same New York-based agency as well as designs for marketing campaigns by that agency. In my opinion, Siobhan McDevitt is an exciting stamp designer who brings something new to the increasingly tired world of stamp design. I hope that we continue to see a lot more of her work in the near future.

I have not really taken much notice of her previous work since the stamps on which it has been used have generally had no direct relevance to the countries for which they have been produced but after looking at her website I shall look out for more of her work even if the stamps are not going to find a place in my collection. Recent stamps which feature her designs include:- 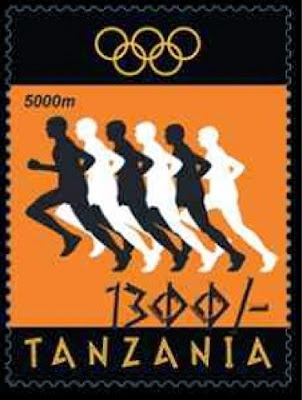