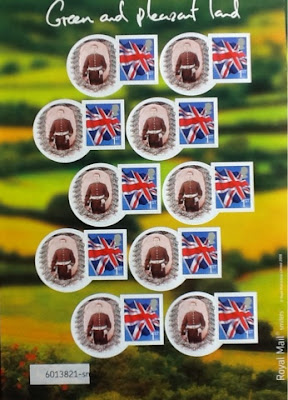 In Blog 382 I dealt with Royal Mail's first set of stamps on the subject of the centenary of the First World War to be issued in July 2014 and also mentioned my own grandfather, Dick White, and his part in the war and that I thought I could make my own personal commemoration of him at the time of this notable anniversary by having a portrait of him used on a Royal Mail Smiler stamp label. I ordered 20 of the Union Flag stamps with his portrait in the uniform of the Royal Warwickshire Regiment placed in a circular label attached to the stamps and I must say that I find the result to be very pleasing. The stamps are presented in a sheet of 20 stamps which consists of 2 panes of 10 stamps and labels (illustrated above and below) and I shall be proud to use the stamps on letters to friends and relatives in this centenary year. 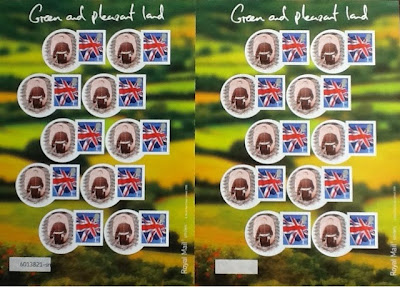 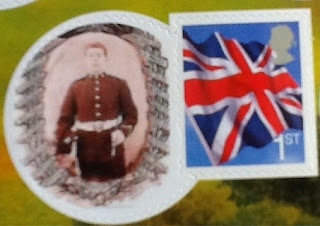 Postal rates in Australia will rise on 31 March 2014 with the domestic rate moving from 60c to 70c - a shocking 17% increase. To soften the blow, 2 non-denominated stamps were released on 24 March 2014 which are available to pensioners and disabled people and will enable them to buy domestic rate stamps for 60c until 2017 (Australia Post estimates that 5.7 million people will benefit from the concession). These items are sold to collectors in a pack of 5 (3 of the kangaroo design and 2 of the map design) at a price of $3.95. Australia Post expects the postage rate increase to help it to offset a $147 million loss experienced by its domestic mail business in the 2012/13 financial year (in 2011/12 the loss had been $114 million).
Collectors who buy this pack will of course be making the biggest contribution to helping Australia Post claw back some money in the face of financial losses since the face value of the 5 stamps is only $3 or even if charged at a face value of 70c each the grand total is only $3.50 but Australia Post is making collectors pay $3.95 to obtain 5 stamps although there are only 2 different stamps in the pack (collectors must buy 5 stamps to obtain two). We collectors of Australian stamps must think of ourselves as philanthropists - a continual source of income to a failing postal service.
The concession stamps were designed by John White and lithographed by R A Print:- 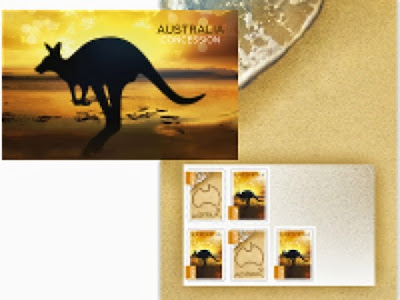 27 January 2014 - 50th anniversary of the establishment of the Turkish Education College - 1 stamp:- 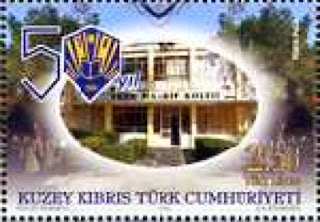 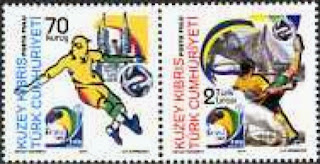 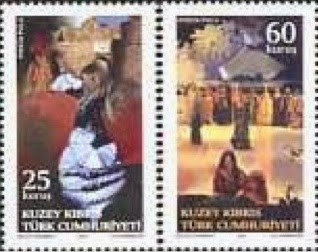 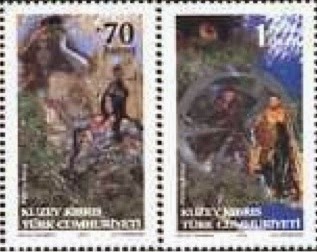 Gibraltar issued a set of 5 stamps on 20 March 2014 which commemorated the 50th anniversary of the Red Arrows, the RAF flying display team. The set was designed by Stephen Perera from photographs by Rich Andrews and was lithographed by Lowe Martin. The face value of the stamps is £4.38p and since the subject of the issue does not appear to have any direct relevance to Gibraltar I shall not bother to add it to my collection of Gibraltar stamps. This issue joins the Chinese New Year issue on my list of Gibraltar "Footnote issues". 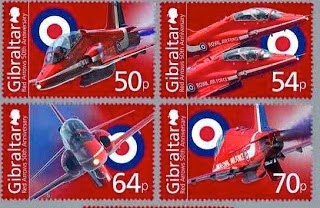