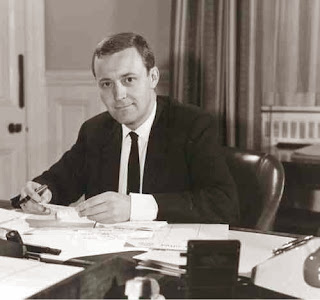 From a philatelic point of view, it is worth recording the death of Anthony Wedgwood Benn on 14 March 2014 at the age of 88, who was the British Postmaster General from October 1964 until July 1966. He influenced significantly the development of British stamp issues during his period in office and may be viewed as being at least partially responsible for the modernisation of stamp issues which occurred in the mid-1960's - a British philatelic revolution - which in later years sadly went the way of all revolutions and has resulted in the present massive outpouring of British stamps on to the philatelic market.
Following the suggestions of the important stamp designer, David Gentleman, Benn proposed the issue of stamps which did not have the monarch's portrait included in the design and with Benn's agreement Gentleman prepared designs for the 1965 Winston Churchill commemoratives which did not have the royal portrait but instead had the inscriptions "Great Britain" or "U.K. Postage". The subsequent Robert Burns and Battle Of Britain issues were also prepared without the royal portrait but by the end of 1965 it had finally been made clear to Benn that the Queen herself had strong views - negative ones - about headless stamps and the question did not arise again. A marvellous account of the events surrounding the question of the omission of the Queen's head is related in Duncan Campbell-Smith's excellent book, "Masters Of The Post"
The royal portrait continued to be part of British stamp designs but it was to take the form of a cameo and be greatly reduced in size as part of the overall stamp design and this continues to the present day.
In short, Benn was one of the most significant figures in modern British philatelic history and almost worthy of a stamp to commemorate him on those grounds alone - he would provide a perfect left wing political balance to a stamp issue depicting the former Conservative prime minister, Margaret Thatcher.
Examples of Gentleman's designs without the royal portrait are to be found in the British Postal Museum and Archives (Benn was responsible for pushing through the establishment of the National Postal Museum in 1965 with its basis being the collection of early Victorian stamps of Reginald Phillips):- 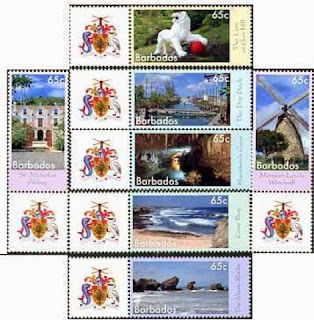 The first Barbados issue of 2014 is a set of 7 stamps which depicts "Wonders of Barbados" - sites of interest to tourists in the island. The date of issue of the set was 21 February and it was designed by Andrew Robinson. A miniature sheet was also issued which combines all 7 values. This is an excellent issue and other Caribbean territories could learn a lot from Barbados on how to interest collectors in their countries and stamp issues rather than allowing foreign agencies to issue philatelic items with their name printed on them on subjects which have no relevance to them (see Blog 379 etc):- 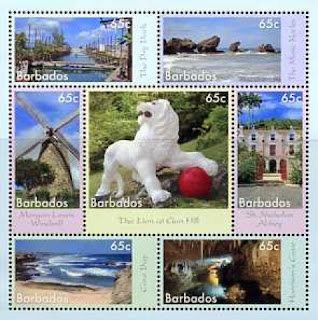 The third issue of the year from Malaysia is on the subject of Malaysian museums and artifacts and was released on 15 March 2014. The 10 stamps were designed by World Communications Network Resources and lithographed by Southern Colour Print:- 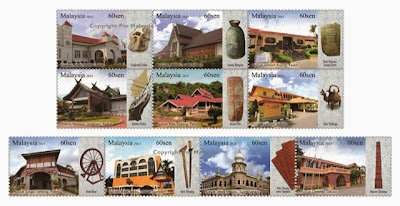 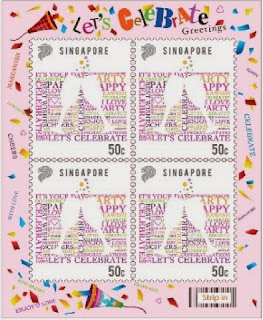 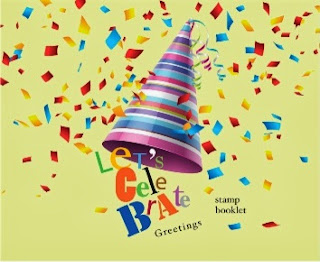 Fiji issued a set of 4 stamps to commemorate Christmas 2013. I do not yet know the details of his issue:-