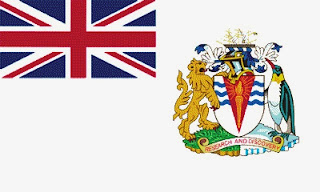 The announcement has been made at last that Pobjoy Stamps and Creative Direction Ltd. will take over responsibility for the production, promotion and issuing of the new stamp issues of British Antarctic Territory from 24 March 2014. I suspect most collectors of the stamps of the territory will be pleased to read the news as Pobjoy/Creative Direction have an impeccable record of stamp production for their other client territories and have caused me to wax lyrical over quite a number of issues they have produced in recent years.
Most importantly, they bring with them a sensible attitude to stamp issuing whereby a reasonable number of sets are released each year at reasonable face values - enough for the collector to sustain interest in their collection without being financially overburdened or feeling ripped off. I look forward to seeing the first issues that Pobjoy/Creative prepare for the British Antarctic Territory. It's very exciting. Congratulations to the agents on their success in being awarded this contract. 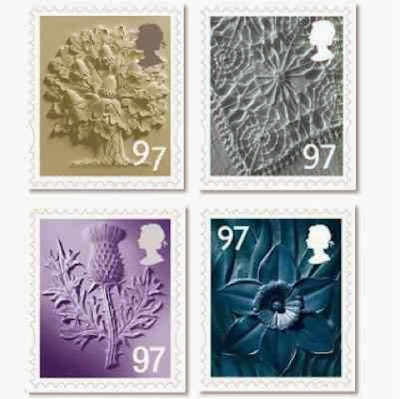 Royal Mail will issue 4 new regional stamps on 26 March 2014 to meets the needs of altered postal rates. All 4 designs have been used several times before every time postal rates have been raised. This current quartet, one each for England, Northern Ireland, Scotland and Wales, each have the face value of 97p which is the previous 88p rate to Europe. This issue was lithographed by International Security Printers.
Posted by White Knight at 08:49