For no obvious reason, a sheetlet of 6 different stamps and 1 miniature sheet were issued by Tuvalu on 24 March 2014. These garish items merely depict the sun and its various planets and the issue is not connected with Tuvalu nor any important international anniversary linked to Tuvalu. They seem to be pieces of sticky paper with pictures depicting a randomly chosen subject printed on them. I imagine stamp collectors all over the world will be contacting their dealers feverishly desperate to buy these products. Or perhaps not. 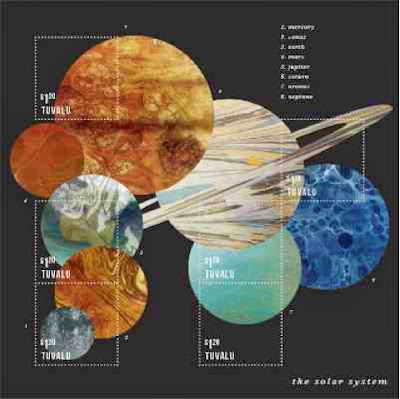 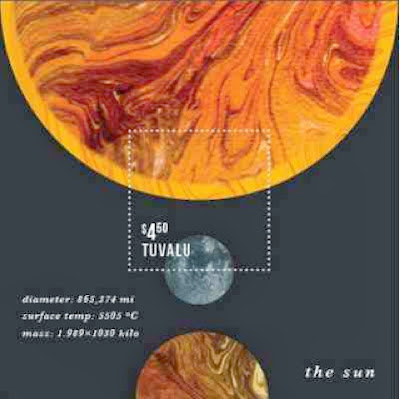 I have a better illustration of the miniature sheet which was issued by Maldives to commemorate the 40th anniversary of diplomatic relations between the 2 countries as mentioned in Blog 304:- 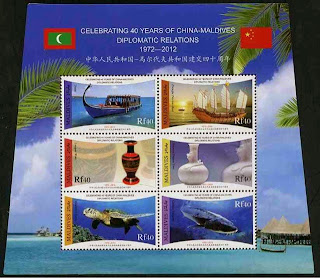 There are also new issues from Brunei Darussalam  - 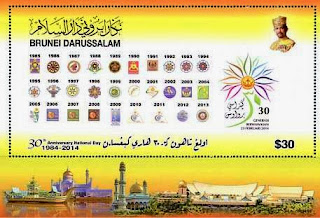 The first issue of 2014 from Mauritius was released on 28 March on the subject of wildlife of the island and consisted of 3 stamps designed by Mauritius Post and lithographed by BDT International:- 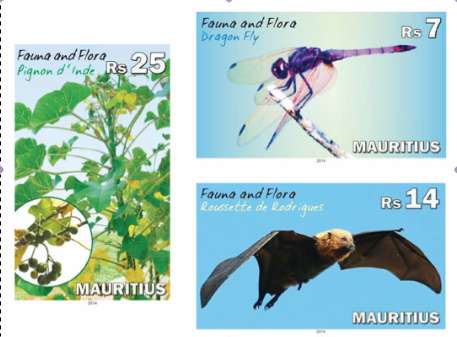 Meanwhile collectors who have a lot of money and nothing useful to spend it on will be rushing out to purchase the latest Stamperija products which have the name of the unfortunate Solomon Islands printed on them. This miscellany is purported to have been issued on 22 November 2013  and comprises 9 sheetlets each containing 4 different "stamps" and "9 miniature sheets". Each sheetlet and miniature sheet unit depicts a different subject none of which seem to have any discernible relevance to the country whose name appears on them. For the record the subjects are:-
Brazilian football players:- 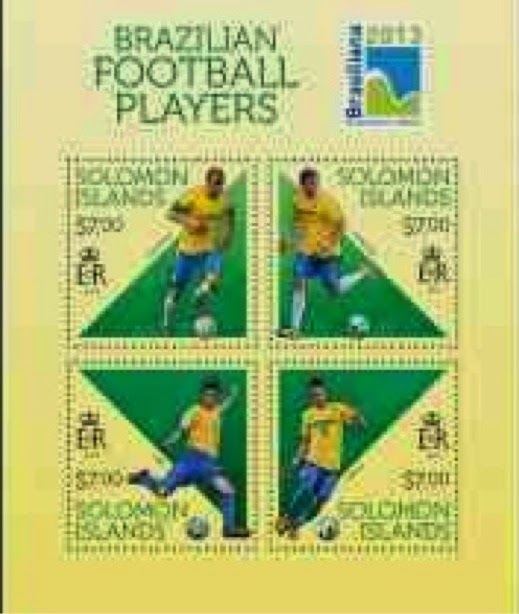 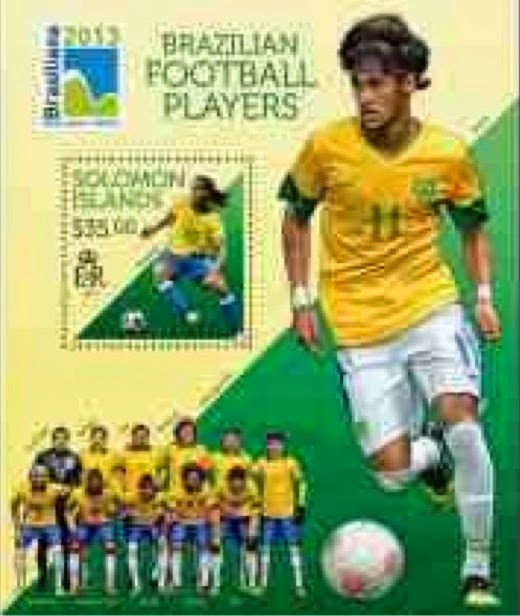 400th anniversary of the founding of the Russian Romanov dynasty:- 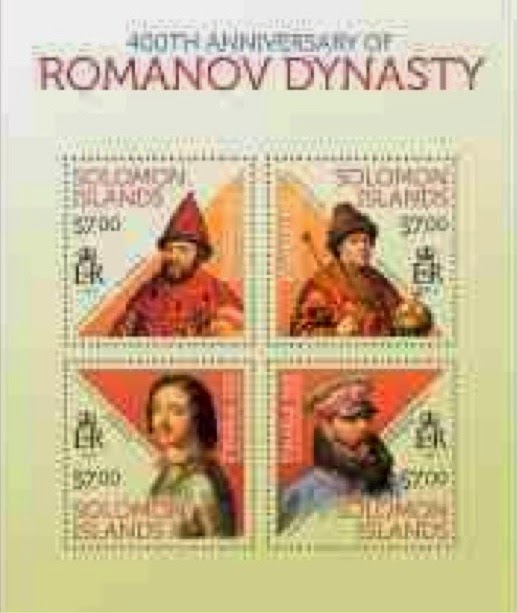 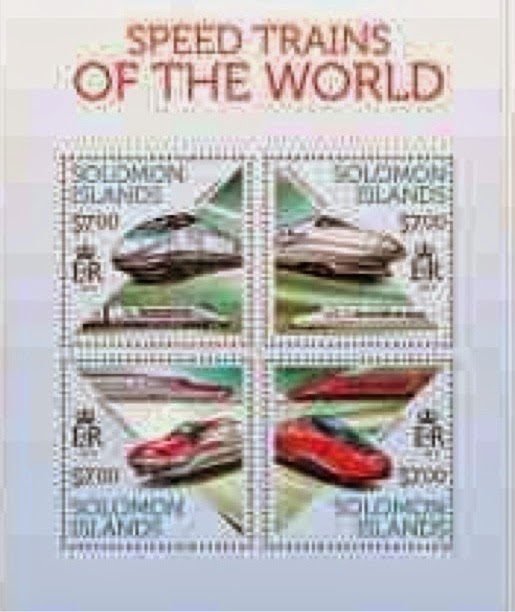 This is probably the last issue of "stamps" for 2013 with the Solomon Islands' name printed on them and so a total of 505 "stamps" and 112 "miniature sheets" were issued for this territory making a grand total of 617 philatelic items which places Solomon Islands in the number 2 spot in the list of "Greediest Commonwealth stamp issuing territories of 2013" (not too far behind Mozambique with its grand total of 659 items). I hope that the Solomon Islands postal administration is proud of what Stamperija has achieved on its behalf and pleased with what the company has done for the international philatelic reputation of the country.