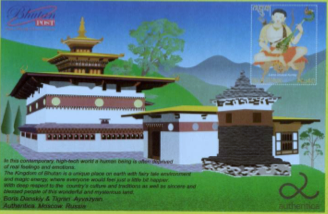 Bhutan Post has announced on its website the issue of 2 new sets of stamps and one of them is certainly something that you would not want to show to your elderly aunt. The first set is comprised of 2 miniature sheets, one containing one stamp and the second containing 4 stamps and on the subject of "Bhutan arts and happiness". The stamps were designed by Ugyen Wangchuk and lithographed by Cartor. The design of the single stamp in the first miniature sheet depicts Lama Drukpa Kunley (apparently known as The Divine Madman because of "his unrestrained sexual practices and rebellion against the dogmatic religious institutions"). The Bhutan Post publicity goes on to say that "He glorified the phallus in Bhutan giving it the popular name Magic/Flaming Thunderbolt Of Wisdom". He "used the phallus as a medium to tame the demons and demonesses and other malevolent spirits...." The stamp depicts the Lama with bow and arrows, seated on a deerskin and holding a dramyan (a Bhutanese musical instrument). "He had an unorthodox way of teaching Buddhism through poems and songs designed to shock people and make them think about the true essence of Dharma. Known for his outrageous behaviour and bizarre humour laden with sexual overtones, he is loved and respected by the people of Bhutan".
The background of the miniature sheet depicts Chimi Lakhang - the "Divine Fertility Temple" - which was built in the 15th century to honour Lama Drukpa Kunley on a site where he is said to have overcome a demon and imprisoned it in a rock.
The second miniature sheet depicts "a typical Bhutanese house with phalluses painted on the walls". They are variously symbols of fertility as well as methods of defending the home from The Evil Eye and The Evil Tongue. The Bhutan Post website goes into even more detail but I think I will leave it there. 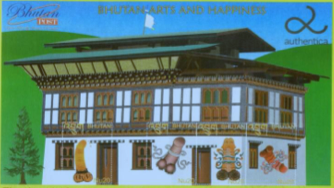 The 4 stamps on the second miniature sheet are rather, er, graphic and are depicted below. Each stamp is featured separately on the Bhutan Post website and each depict a different painting of a phallus:-

It's extraordinary, isn't it, what little bye-ways of knowledge stamp collecting will take you down?The second issue is rather less unsettling and comprises 2 sheetlets, each with 12 blank stamps (apart from coloured upper and lower borders) which can be personalised as greetings stamps. Each sheet is inscribed "From The Land Of The Thunder Dragon" and the background of the first depicts Taktshang and the other features Bhutanese national symbols. The one piece of information that is not provided on the Bhutan Post website is the date of issue of both of these sets. One thing is for sure, however, a few people will have rather a surprise if they receive a letter from Bhutan with one of the above stamps affixed to the envelope! 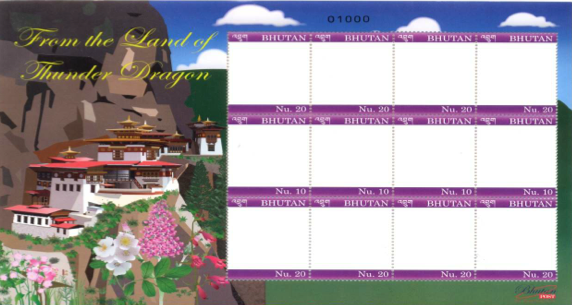 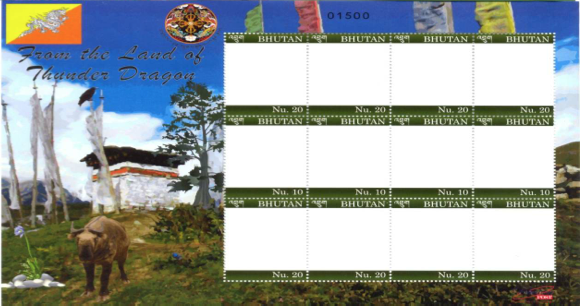 Moving on to a near neighbour of Bhutan, I have not yet seen any details of the  stamp depicted below issued by Bangladesh and which commemorates the 42nd anniversary of "Victory Day". I do not know the date of issue and it is not featured on the Bangladesh Post Office philatelic site but at least one dealer is offering it for sale on an Internet auction site. The stamp obviously depicts Sheikh Mujibur Rahman who led the resistance to West Pakistan with the Independence Monument featured in the background. 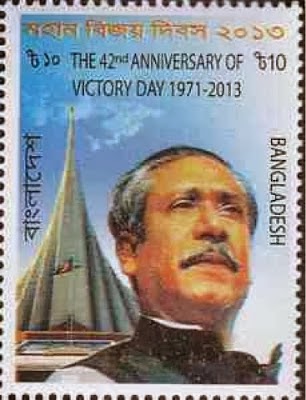 Hong Kong China will issue 6 new "Heartwarming" stamps on 23 January 2014. They were designed by Jason Chum and lithographed by Cartor:- 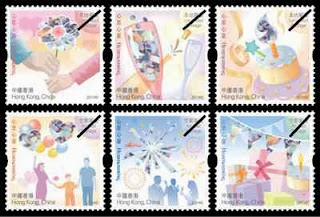 Following the Heartwarming set, 6 stamps will be issued on 20 February 2014 which deal with the subject of "Chinese Dinosaurs". Doubtless there will be an accompanying miniature sheet but I will add details of this issue when they are known. The designs clearly make up a dramatic composite design so perhaps a se-tenant block will be sold. 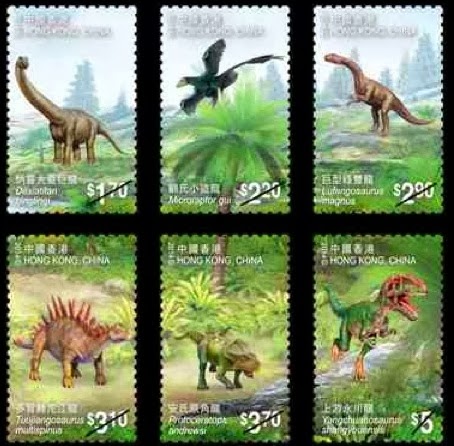 Hong Kong will release a new definitive set in July 2014 which appears to depict various geological features of the territory which should be the basis for an interesting issue:- 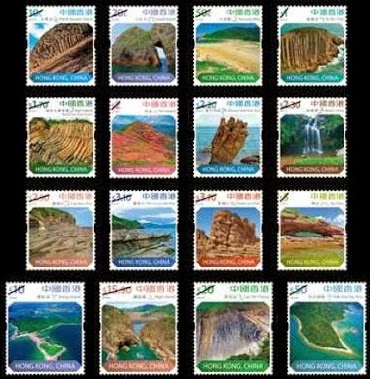 On 7 October 2013, rather late in the year, St. Vincent And The Grenadines had a sheetlet of 4 different stamps and 1 miniature sheet issued with its name inscribed on them which commemorated the 60th anniversary of the coronation of the country's monarch, Queen Elizabeth II:- 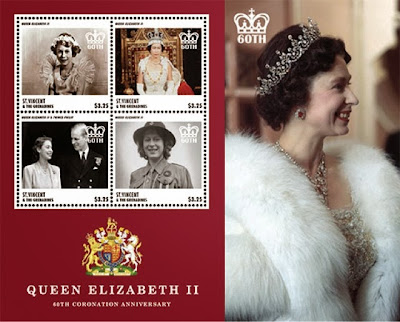 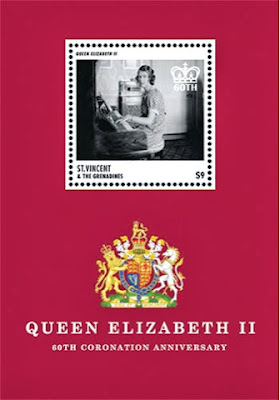