350. Should There Be A British Mandela Philatelic Commemoration? 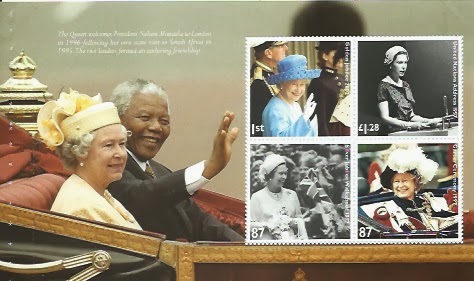 Many Commonwealth territories have already announced the issue of stamps to commemorate the late President Nelson Mandela of South Africa (see Blog 337) and so I thought it worthwhile reminding anyone who is interested in collecting Mandela commemorative issues about the booklet pane produced by Royal Mail in 2012 (issue date 31 May 2012). This  item formed pane 3 of the £12.77 Prestige Booklet which commemorated the Diamond Jubilee of Queen Elizabeth II and aptly depicted President Mandela sitting in a ceremonial carriage with The Queen while on a state visit to Britain. Perhaps Royal Mail could use this item as the basis for a Nelson Mandela commemorative issue (if Royal Mail can celebrate Peppa Pig and Andy Pandy then I'm sure that Nelson Mandela is worthy of being celebrated by a British philatelic commemoration).
For me 7 January 2014 is an important date since I have decided that having formed a comprehensive collection of British stamps dating back to 1840, this present date is the first day of issue of new British stamps which I shall ignore and shall not add the preposterous "Children's television characters" set of 12 costing  £7.20p to my collection. The issue, featuring Peppa Pig and Dougal The Dog, is trite and not warranted by its relationship to any significant event and is nothing but a "catchpenny" production which tells you nothing worthwhile about Britain. This will be my first British "Footnote" issue.
Much more interesting for true stamp collectors are the Horizon labels produced at post office counters which are actually produced for use on genuine mail and cost the collector nothing since they are only obtainable by cutting them from items which have travelled through the post. I have formed a small collection over the years and recently received a label through the post which is inscribed in English and Welsh (see illustration below). This is actually the first label with a Welsh inscription that I have received although the Welsh language labels have been produced for some years. The item is dated 29/11/2013. Also below is the illustration of a 1MP valued label I received - it is rather tatty but given its genuine postal usage, it seems to me to be more interesting than new British issues such as the "Children's television characters" issue mentioned above. 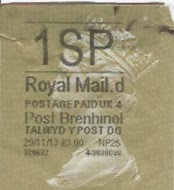 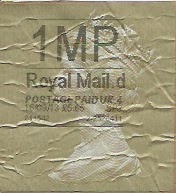 In the previous Blog I depicted a Christmas postcard sent to me from the Pitcairn Philatelic bureau in New Zealand and below I illustrate another Christmas item - a Christmas card - sent to me from the isle Of Man Philatelic Bureau. The front of the card depicts a number of Christmas stamps issued by the Isle Of Man Post Office over the past 40 years since it was established as an independent postal authority and inside the card are facsimile signatures from its staff. The back of the card depicts a previous Christmas stamp which featured a robin. Well done Isle Of Man Post office for making your customers feel appreciated.


Other items of interest are the first stamp issues of the year from Canada Post. The first issue will be the latest instalment of the annual Lunar New Year issues, this year being The Year Of The Horse. On 13 January 2014, 1 x 63c stamp from sheets of 25 stamps, 1 x $1.85c stamp from booklets of 5, 1 miniature sheet containing 1 of the $1.85c stamp and 1 m.s. containing 2 x $1.85 stamps (1 horse
stamp and 1 snake stamp) will be released. The stamps were designed by Paprika and lithographed by Lowe Martin and Gravure Choquet:-

Two stamps will be released on 30 January 2014 on the subject of "Black History". Both stamps are lithographed in booklets of ten (each design produced in design-specific booklets). The designs by Karen Smith Design combine watercolour illustrations by Janice Kun and photography and feature "Africville", an African-Canadian community in Halifax and "Hogan's Alley" in the Vancouver neighbourhood of Strathcona:- 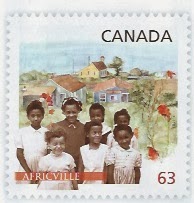 Three self-adhesive stamps will be issued on 3 February 2014 to tie in with the the Winter Olympic Games to be held in Sochi, Russia, although the stamps do not specifically mention the Olympic Games in their designs. The people featured in the designs are described as "Pioneers of Winter Sports" and each design is issued in its own individual booklet of 10 stamps. The designer is Paprika using illustrations by Louis Hebert and the stamps were lithographed by Lowe Martin. A gummed miniature sheet is also part of the issue and combines all 3 designs:- 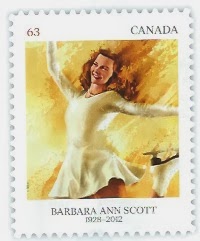 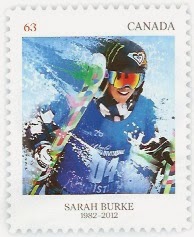 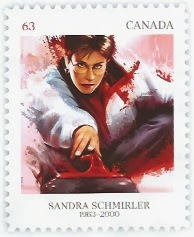 Canada continues to produce well designed, interesting and worthwhile issues. There is no sign of Peppa Pig among Canada's excellent philatelic programme.