Australia Post will issue 2 gummed stamps, 1 self-adhesive stamp from sheetlets of 5 x$2.60 values and 1 miniature sheet on 20 January 2014 to commemorate the 5 - 0 whitewash victory over England in the recent Ashes cricket test match series.
p.s. See also Blog 360.
This is the third issue of stamps of recent years which has commemorated various victories in Ashes series - the first was issued by Royal Mail to commemorate England's victory in the 2005 series and took the form of a miniature sheet which contained 2 first class stamps and 2 x 68p stamps. The sheet was issued on 6 October 2005. 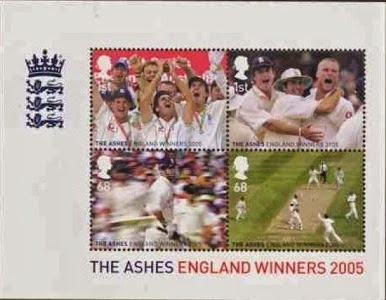 Australia got its revenge with a stamp issue released on 16 January 2007 which commemorated the return of The Ashes trophy to Australia after its victory in the 2006 to 2007 series.:- 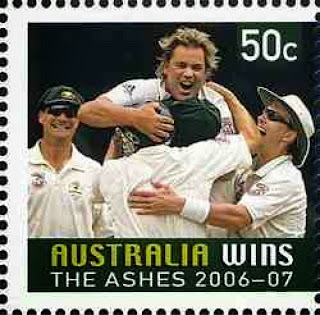 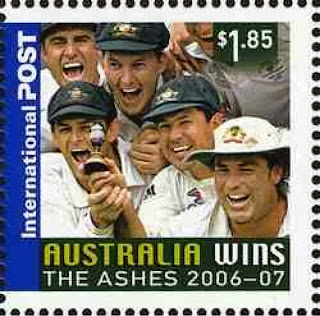 Just 3 days before the new cricket stamps, on 17 January 2014, Australia Post issued 5 new gummed stamps and 5 self-adhesive variants (issued as booklets of 10 stamps of each design) to commemorate 5 famous Australian cooks as part of the annual "Australian Legends" series.
Each "Legend" was presented with a 24 carat gold replica of the stamp on which they appear. The stamps were designed by Lynette Traynor and lithographed by McKellar Renown. 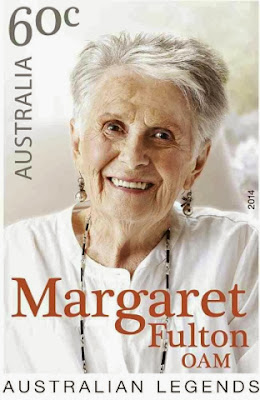 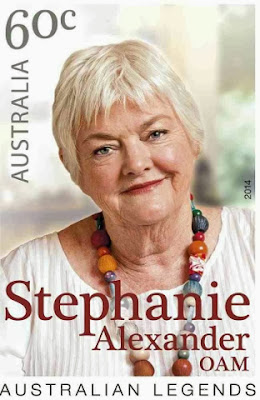 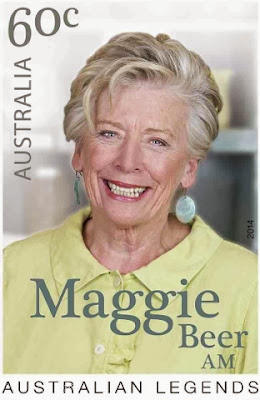 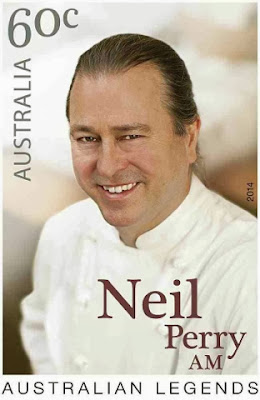 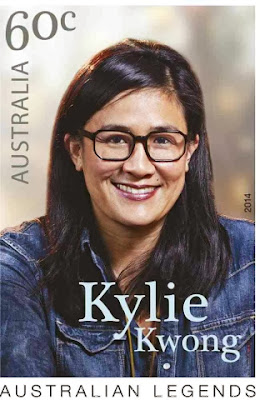 The first issue of 2014 from Cyprus will be released on 30 January 2014 on the subject of the olive tree and its products:-