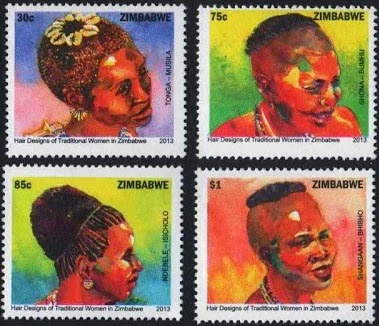 Zimbabwe issued a set of 4 stamps and 1 miniature sheet on 17 December 2013 on the subject of "Hair designs of traditional women in Zimbabwe". The issue is comprised of 4 colourful painted portraits of Zimbabwean women and all 4 designs are united in the miniature sheet. It would have been so easy for the Zimbabwe Post Office to have used for 4 photographs in the designs but the collector is here rewarded with original artwork and I wish more postal administrations and philatelic agencies would commission original artwork for use in stamp design rather than manipulating a stock photograph on a computer screen and adding a bit of lettering to it. Top marks to Zimpost for this issue. A number of issues from Commonwealth territories have appeared during 2013 which are interesting because they are clearly entirely aimed at sales on the Chinese philatelic market. They are all territories which allow a large New York-based philatelic agency to manage their new stamp issue programmes and the stamps appear to have been produced in The People's Republic Of China.
The subject of the issues is the 120th birth anniversary of the former Chinese leader, Mao Tse Tung, and what is particularly interesting is that the Mandarin language is used more on the inscriptions of the stamps than is English although I doubt that many inhabitants of the countries whose names appear on the sheets will be able to understand what the inscriptions say. However collectors in China will immediately know what has been written; presumably that will increase the chance of interesting Chinese collectors in these particular items and increasing their sales.
Ghana appears to have had 2 sheetlets prepared for it, each containing 6 different stamps:- 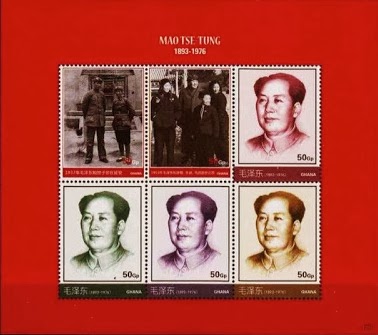 As is the case with similar issues from other countries, I do not know the "date of issue" at present. A second China-themed and produced issue has also appeared from Ghana - a sheetlet of 9 different stamps which depict camellias. These were produced in conjunction with the "China International Collection Expo" which was held in late September 2013:- 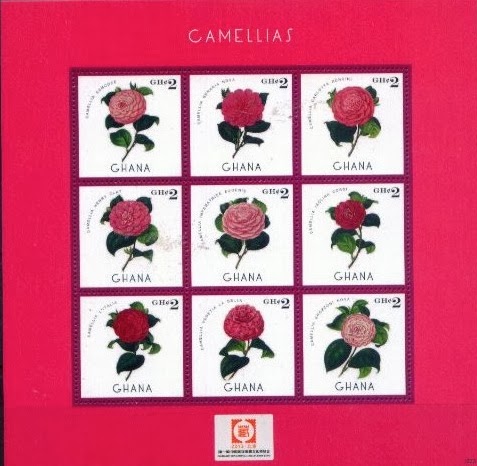 Back to the Mao Tse Tung issues - 3 sheetlets have been produced with the name of Sierra Leone inscribed on them. The date of issue was 10 September 2013. Sierra Leone's issue is centred around poems written by Mao but there is little chance of anyone in Sierra Leone understanding what they say as they are again printed in Mandarin:- 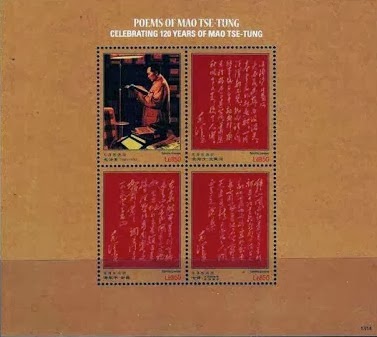 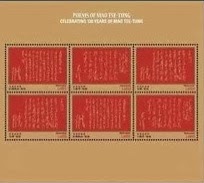 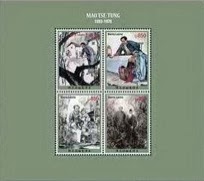 Two sheetlets have been produced in the name of Guyana - one containing 4 different portraits of Mao and the second containing 5 portrait stamps plus a sixth which depicts a landscape. I do not know the date of issue of this pair of sheetlets:- 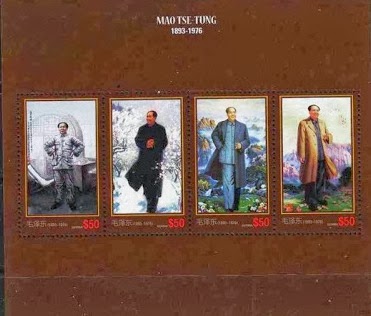 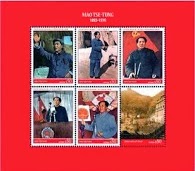 Tanzania has 1 sheetlet of 6 different stamps issued on its behalf - the designs all feature photographic portraits of Mao Tse Tung:- 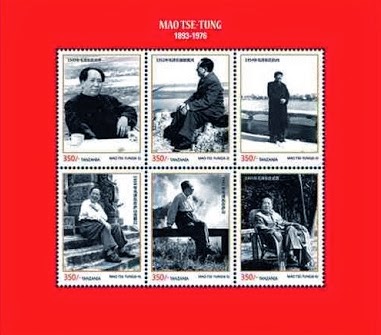 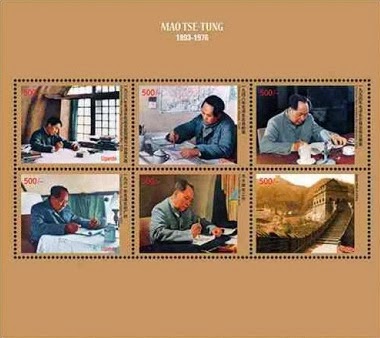 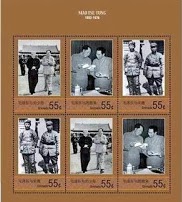 All of the above issues have no relevance in subject matter to the territory whose name appears on the item and so I will not add any of them to my collection but if these items sell well to Chinese collectors then I don't suppose the philatelic agents will be at all bothered about what I buy.