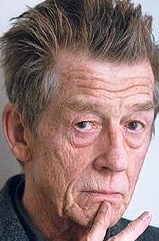 The ongoing "Dr. Who" stamp issues from Royal Mail may not yet be completed with the revelation in the television series that instead of 11 Dr. Whos there have actually been twelve and that does not include the Peter Cushing movie version. At the end of the current season of the popular BBC science fiction television series, the 50th anniversary of which falls on 23 November 2013, and which has already necessitated the issue of 11 stamps, 1 miniature sheet, a retail booklet and a prestige booklet as well as other associated items, it was revealed that there has been a previously unknown Dr. Who, played by the distinguished British actor, John Hurt, and that he will be featured in the 50th anniversary episode to be shown on British television on the precise date of the anniversary. Royal Mail, which has prided itself on featuring all 11 actors who have played the character over the years and has experienced enormous sales of the Dr. Who stamps issues it has produced, surely will feel that the appearance of an additional Doctor Who will provide it with an excuse to complete its Dr. Who portrait series.

The "Forgotten Doctor" is said to be the real 9th Doctor Who, existing between the 8th manifestation of the character played by Paul McGann whose stamp is depicted above, and the character played by Christopher Eccleston who was previously thought to be the 9th Doctor Who whose stamp is featured below. It is said that the new 9th Doctor Who was responsible for such terrible actions during the war between his people, the Timelords, and their enemies, the Daleks, that his later bodies have chosen to forget him!

Well, given that story, Royal Mail is capable of anything and perhaps there will be a surprise issue featuring the extra Dr. Who to complete the set.