In this blog I list the new stamp issues of Pakistan during the latter part of 2012 and the first part of 2013. One of the recurring themes, as will be seen, has been the subject of Pakistani "Men of Letters", The above issue which commemorated Hameed Naseem, was issued on 19 October 2012.
12 November 2012: 60th anniversary of the Geography Department of Karachi University (1 stamp):- 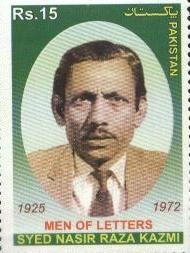 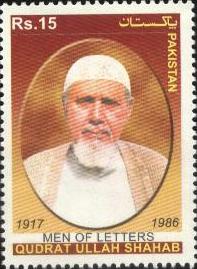 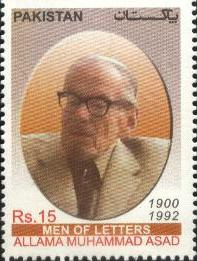 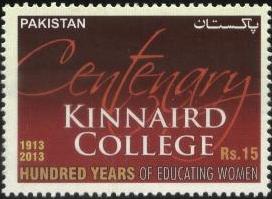 21 March 2013: 75th anniversary of the death of Allama Muhammad Iqbal ( 1 stamp, said to be Pakistan's first ever stamp with silver printing):- 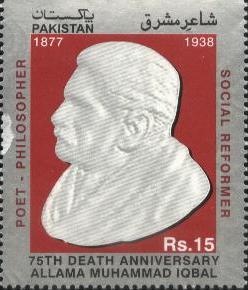 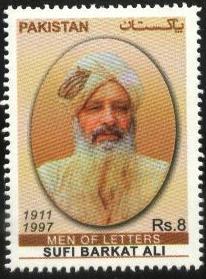 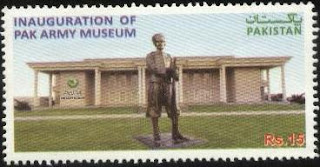 May ?date Pakistan general election - no details yet.

Eleven years after it was issued, I have finally been able to obtain a set of the pottery stamps which were issued on 2 December 2002 by Mozambique. There is a total of 8 stamps in the set which are very primitive in design and poorly printed in lithography by the State Printing Works in Maputo. I depict all 8 values below plus some odd values which I had previously obtained to show how variable the printing is and how the shades of the stamps vary greatly:- 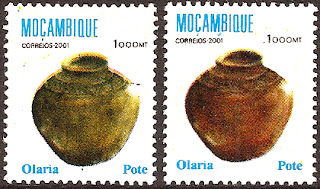 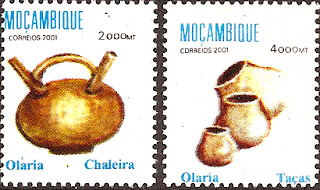 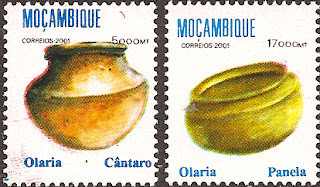 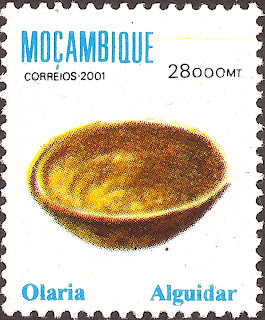 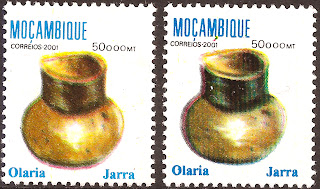 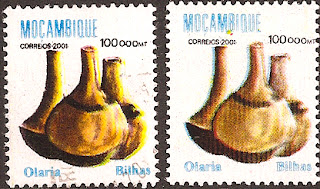 At least one value was surcharged subsequently, probably during 2005. In my 1st edition of Stanley Gibbons Commonwealth Catalogue for Southern and Central Africa, none of the above stamps are priced but it is worth noting that the above pottery set was being sold for 20 euros. 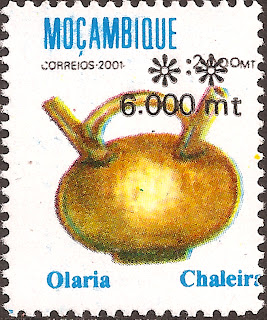 How could Commonwealth leaders who agreed to Mozambique's membership of The Commonwealth in 1995 possibly have foreseen the nightmare that the new country would cause for collectors of the stamps of The Commonwealth? Not only is there the headache caused by the numerous and rare surcharges which were issued from 1998 onwards but then the country allowed various overseas agencies to produce stamps on its behalf and at the moment the country's philatelic programme is firmly in the hands of the Lithuanian agency, Stamperija.
This agency has just announced that another 90 stamps and 15 miniature sheets were produced by it in the name of the Mozambique Post Office and all on subjects with no direct relevance to Mozambique. The stamps are produced in sheetlets of 6 different designs and are on the themes of Butterflies (Henry John Elwes), 150th anniversary of the Union Pacific Railway in the United States, 130th birth anniversary of Tadas Ivanavskao whom I suspect must have been an ornithologist given that the stamps designs depict birds (I wonder if he ever went bird spotting in the jungles of Mozambique - probably not), Mushrooms, Birds of prey, Chess - commemoration of Svetozar Glicoric, 40th anniversary of UNESCO World Heritage Programme, 85th Birthday of Pope Benedict XVI, 75th death anniversary of Maurice Ravel the music composer, Mother Theresa, Centenary of Riga Zoo, the Paralympic Games in London in 2012 (incidently depicting the South African athlete who has recently been accused of killing his girl friend - which other stamp agencies would include an alleged murderer in the stamps which they design?), 40th anniversary of Apollo 17, Chess (again) - 40th anniversary of the Bobby Fischer-Boris Spasky match and the Mars "Curiosity" spaceship.
I have not bothered to include any illustrations of these items since they are exactly the same in appearance and style of format as everything else that Stamperija has produced with the name of Mozambique printed on it. The "date of issue" is stated to be 30 October 2012 which means that up to that date, 664 stamps and 146 miniature sheets (a total of 810 items) had been produced with the name of Mozambique printed on them during 2012.
Not content with the above "issues" for Mozambique, the same philatelic agency has also announced another 48 stamps and 12 miniature sheets which have been produced with the name of The Solomon Islands printed on them which feature, for no obvious reason, paintings by French artists. The "issue" date is stated to have been 29 March 2013. Twelve artists are featured - each is honoured by a sheetlet of 4 different stamps and a miniature sheet being dedicated to them. The artists immortalised by these stamps are:- Frederic Bazille, Gustave Caillebotte, Mary Cassalt, Paul Cezanne, Edgar Degas, Armand Guillaumin, Edouard Manet, Claude Monet, Berthe Morisot, Camille Pissarro, Pierre-Auguste Renoir and Alfred Sisley. Therefore by 29 March, 144 stamps and 37 miniature sheets (181 items) had been produced with the name of Solomon Islands printed on them during 2013.
No doubt, thematic collectors will be tempted to add a set of one or two of the above to their particular collection especially as the Mozambique and Solomon Islands issues combined cover so much ground that the list of subjects reads more like an encyclopaedia index. Every set bought is money in the philatelic agent's pocket and an encouragement to him to continue to produce these items.
However, we must be aware that every stamp produced by Stamperija on behalf of the Solomon Islands Post Office has been registered with the WADP stamp numbering system and during 2012 a government minister, in an interview published in a Solomon Islands newspaper, confirmed that the Stamperija-produced stamps which were "sold in Britain" were "legal".  This does not clarify if the numerous items are actually being used on mail in The Solomon Islands but it does show that Solomon Islands officials and politicians are as much to blame for the excessive issues as their philatelic agent is. My feeling about these stamps is "Caveat Emptor".