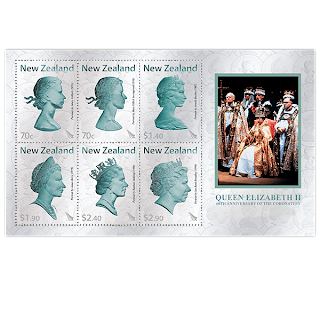 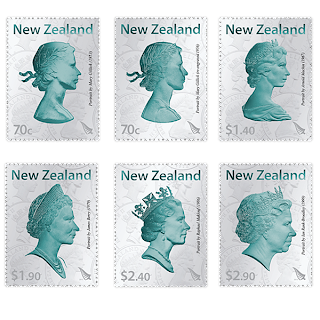 The set of 6 stamps and 1 miniature sheet from New Zealand Post to commemorate the 60th anniversary of the coronation of Queen Elizabeth II were issued on 8 May 2013 (both illustrated above). Three of the coronation stamp designs are reused in the miniature sheet which is to be issued on 10 May 2013 to commemorate "Australia 2013 World Stamp Exhibition":- 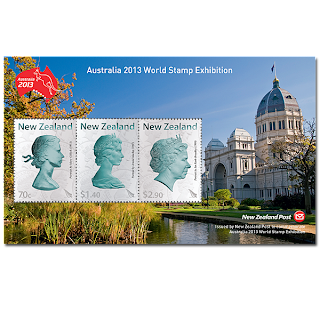 New Zealand Post has also produced 2 sets for Niue and Tokelau to commemorate the Queen"s coronation anniversary. Each issue consists of 2 stamps and 1 miniature sheet which contains both of the stamps:- 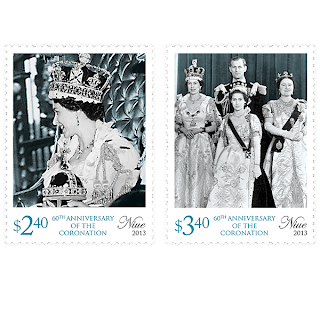 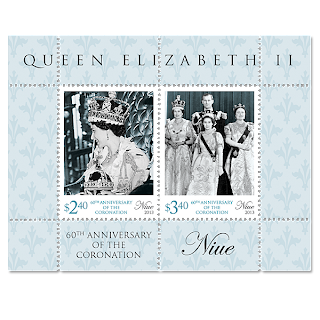 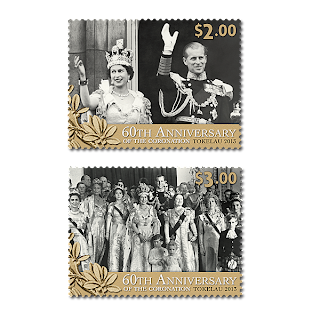 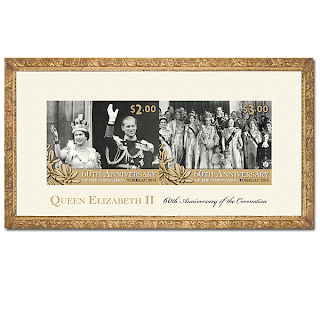 A new Belize provisional surcharged stamp has appeared and is being offered for sale by Steven Zirinsky on his website (see Blog 235 to also see news of provisional surcharges from Samoa which have been for sale by the same dealer). The new item is one of the current definitives, first released on 31 August 2005, with a 25c surcharge applied (the illustration below is from Steven Zirinsky's site). On the same site, some commercial covers with the new provisional stamp applied to them are also offered for sale. 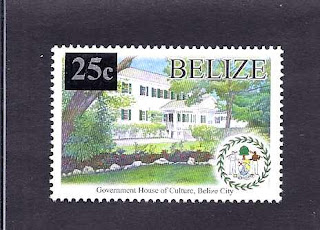 The 2013 Europa set from Malta consists of just 2 values which depict Maltese Post Office vehicles which is this year's Europa theme. The stamps are designed by Cedric Galea Pirotta and lithographed by Printex of Malta and are issued on 9 May 2013:-