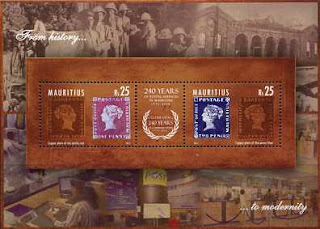 Having passed much time complaining about the new issues of Mauritius recently, I confess that I like the miniature sheet issued on 12 December 2012 to commemorate the 240th anniversary of postal services in Mauritius although I do have some reservations about releasing a stamp issue to commemorate a 240th anniversary; is ten years too long to wait for a really significant 250th anniversary commemoration? The item is designed by Nurveen Ratty and lithographed by Cartor and is accompanied by a set of 5 stamps which are issued in a se-tenant strip in which 2 of the triangular designs are upside down which means it is hard to appreciate the subject on the 2 stamps when placed in an album, although I suppose if one buys 2 strips together then one would have tete-beche pairs and be able to appreciate all 5 designs although one would then have 5 designs displayed upside-down as well as having paid for 2 sets rather than one. I suppose I had wanted Mauritius to do something a little more interesting with its design work and this may be an example of something a little more adventurous:-

The issue, from a postal history point of view, reminds me of the single stamp issued on 9 October 2011 which commemorated the 150th anniversary of Rodrigues post office; I do very much like stamp issues which illustrate a country's postal history and which feature old post offices in particular and Mauritius certainly has a much more impressive philatelic and postal history than a lot of countries. 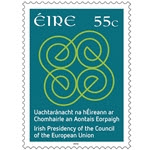 The first 2 issues of The Republic of Ireland for 2013 are interesting. A single 55c stamp was issued on 17 January to commemorate the assumption of the Presidency of the European Union by Ireland. The stamp was designed by a regular designer of Irish stamps, Steve Simpson. Another issue, of 24 January commemorates "The Gathering", which sounds rather sinister but is actually a year-long tourist promotion to try to persuade people of Irish descent who live in other countries to return to Ireland for a visit there during 2013. The design is attractive although not really self-explanatory enough as a tourist promotion and was designed by Design Factory, both stamps being lithographed by Irish Security Printers. 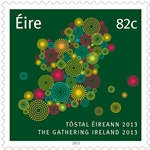 I have obtained some more of the 2011 stamp issues from Tanzania. The 50th anniversary of the granting of independence to Tanganyika was celebrated by a number of miniature sheets and single stamps which were released on 9 December 2011. There are 2 stamps produced in ordinary sheets - one depicts the country's first prime minister, Julius Nyerere, with Nelson Mandela who became President of South Africa in 1994. Nyerere became Tanganyika's first president in 1962 when the country became a republic and was the first President of The United Republic Of Tanzania when Tanganyika joined with Zanzibar on 26 April 1964:- 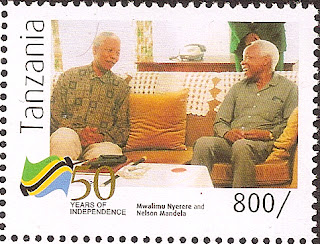 The second value of the pair depicts President Okwete of Tanzania meeting the US President, Obama, who is much loved by stamp designers at present and has been depicted on a very large number of stamps in recent years. The picture was clearly carefully taken to also include a portrait of another
US president, Lincoln, in the background who is also much depicted on recent stamps particularly those produced by a large New York-based philatelic agency which produces stamps for a number of territories:- 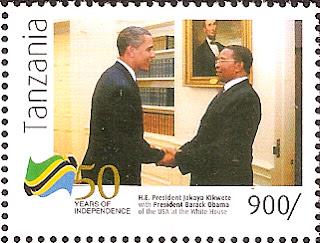 The 50th anniversary issue includes 4 miniature sheets, the two that I have received so far each feature the 4 stamps as shown in the illustration below:- 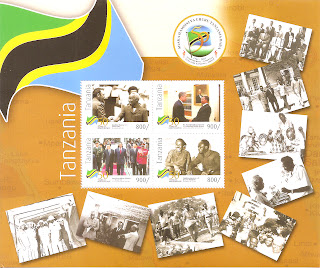 I have also received the 5th "World Vision" set of 4 stamps which was issued on 30 September 2011. These stamps were printed in lithography by Enschede. I have discussed Tanzania's World Vision issues in a previous blog:-

I do not yet know the date of issue of, but have received, an unusually colourful block of 4 stamps which was released during 2012 by Pakistan and which depicts coral reefs of the Arabian Sea:- 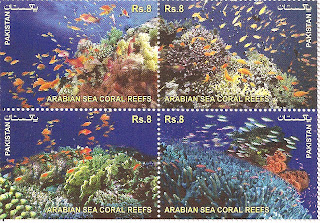 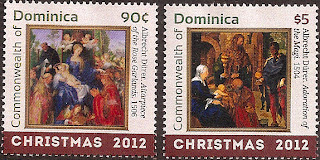 This appears to have been the only set of stamps to have been issued by Dominica during 2012. On 28 January 2013, Tristan Da Cunha will issue a WWF set which depicts the Tristan albatross. Designed by Andrew Robinson, it comes in various formats - 4 stamps with white borders and the same stamps with no borders as well as a £3 miniature sheet. Referring back to the recent blog (183) which drew attention to an article in the recently published edition of Gibbons Stamp Monthly where Mr. Peter Jennings writes about how he has been an important influence on the stamp-issuing programme of the island, one is certainly convinced of the veracity of his claims given the number of items being produced by the tiny island for this issue and the increased cost, especially that of the miniature sheet - the issues seem to fully fit in with his recommendations, which as I pointed out in Blog no. 183, significantly increases the cost of Tristan issues to collectors.

The WWF stamps website also tells us that a set is soon to be issued by Stamperija in the name of the Solomon Islands which features the Solomon Islands cockatoo. Designed by Vyautas Svartis, the issue comprises 2 sheetlets, one of 8 stamps and one of 16 stamps, which contain 4 basic stamps and there is an additional accompanying miniature sheet. It seems that this issue is no more excessive or expensive than that being produced by Tristan da Cunha.
Australia Post gets off to  a busy start in 2013 with an issue of at least 20 stamps on 18 January. This is the latest release in the "Australian Legends" series and features "Legends of Music". The 10 designs will of course be produced as gummed stamps and self-adhesives and the latter will no doubt be produced as coils and in booklets. The good news for collectors of Royal Mail stamps is that no matter how excessive British stamp issues may be, they never quite match up to the greediness of Australia Post. 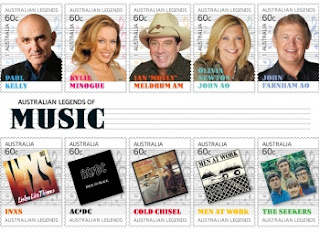 Australia Post also has a few extra cash-cows in the form of the Australian territories. A number of items were released on 8 January 2013 with the name of Christmas Island inscribed on them and these were to celebrate the lunar new year, the year of the snake. There were 2 basic gummed stamps:- 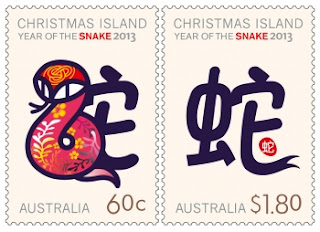 and then various miniature sheets and souvenir sheets. The basic sheet contained the 2 stamps:- 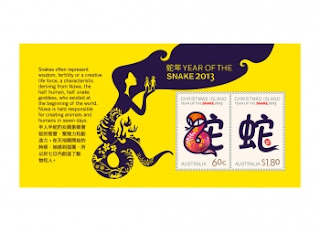 Then there was a sheet which combined the miniature sheet with 12 different stamps depicting the 12 signs of the Chinese zodiac:- 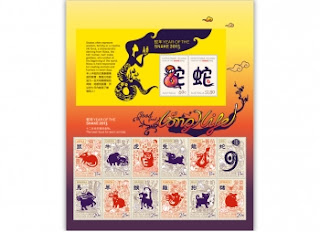 as well as a "Zodiac" miniature sheet with 12 different stamps in a circular arrangement:- 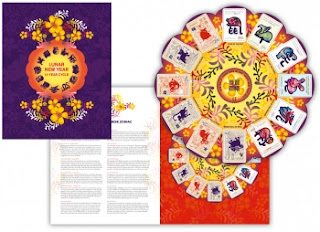 Phew! Sometimes the boringness of Mauritius stamps is quite an attractive feature. Finally, an item I have long overlooked - a booklet issued by Cyprus in 2011 which was intended to supply stamps for use on postcards. Two different stamps were included in the booklet - the 43c Cape Greco lighthouse stamp of 2010 but with different perforations from the stamps produced in ordinary sheets and the 2011 2c Refugee stamp:- 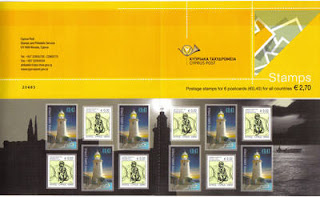