198. Another Royal Stamp Year Ahead.

New Zealands's second new issue of the year will consist of 5 stamps and 1 miniature sheet which will depict species of ferns:- 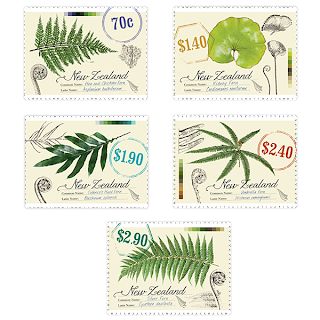 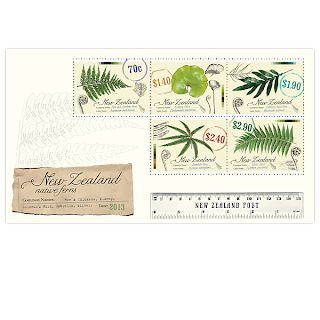 New Zealand's last issue of 2012 appeared on 2 November when a miniature sheet containing 3 different stamps was released to commemorate the Beijing International Stamp and Coin Expo:-

Papua New Guinea issued its first stamps of the new year on 2 January 2013 and depicted various aspects of public transport in the country. Four stamps were issued in ordinary sheets and there was a single stamp miniature sheet and a sheetlet of 4 different designs:-

Papua New Guinea's second set will be issued on 20 February 2013, again consisting of 4 stamps, a miniature sheet and a sheetlet and will be the 6th issue in the "Pioneer Art" series and a set of the same number of stamps will then be issued on 13 March 0n the subject of root crops.
In Blog no. 185, I mentioned that on 6 February 2013, Isle Of Man will issue a set of 6 stamps to commemorate the 60th anniversary of the Coronation of Queen Elizabeth II. Pobjoy Stamps have also now detailed 2 more sets, designed by CASCO and lithographed by BDT International, in a similar style to the Manx stamps and depicting souvenirs of previous coronations as well as that of Queen Elizabeth herself. Both sets will be issued on 6 February 2013 and consist of 5 stamps and a single-stamp miniature sheet and will be issued by Bahamas:-

Doubtless, these will prove to be the first of many such issues and no doubt later in the year the collector of Commonwealth stamps will also have to contend with a flood of issues which will  celebrate the birth of the first child of The Duke and Duchess Of Cambridge who will be third in the line of succession to the thrones of the Realms of The Commonwealth.