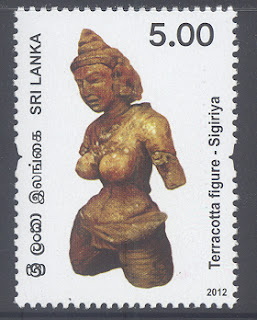 I find it very difficult to obtain news of what the Sri Lanka Post Office is doing on the new issue front. They are not very good at promoting their goods, especially abroad. In the last couple of days I have discovered several single stamp new issues which are worth mentioning. All the illustrations are taken from the website of Bombay Philatelic, an excellent new issue dealer in the United States who produces a fortnightly updating of new stamp issues, foreign as well as Commonwealth, and competitively priced so that I usually place an order with them every 2 weeks. Above is shown a single stamp issued on 16 June 2012 to commemorate National Archaeology Week. A single stamp was released on 11 September to mark the 58th Commonwealth Parliamentary Conference being held in Colombo, a year ahead of the next  CHOGM meeting also to be held there:- 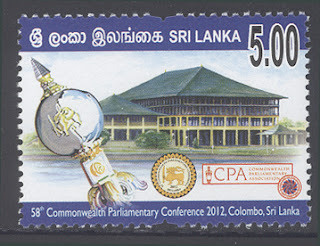 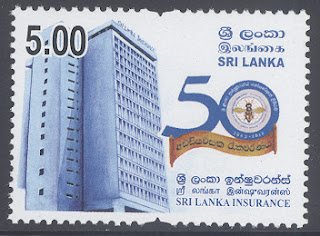 Other single stamp issues are:- 8 June: Centenary of Skandavaroday College: 9 June: 50th anniversary of the YMCA in Sri Lanka; 1 October: World Children's Day; 6 October: World Post Day; 16 October: 60th anniversary of WHO activities in Sri Lanka; 10 December: the Universal Declaration of Human Rights.
I recently mentioned that I did not think that Dominica had issued any new commemorative stamps since the 2011 Christmas set but it appears a new Christmas set of 4 stamps has been released although I do not yet know the date of issue:-

Like Sri Lanka, India's single stamp new issues are sometimes difficult to track down. One such issue has been the stamp released on 4 August 2012 to commemorate the Armed Forces Medical College in Pune:- 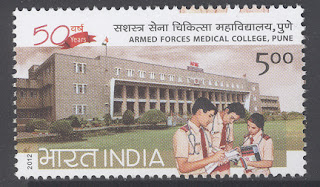 Two other issues that I did not know about are also featured on Bombay Philatelic's latest list; a single stamp which commemorates the Consumer Protection Act of 1988 and another which features TS Narayanaswami. I do not yet know their dates of issue. 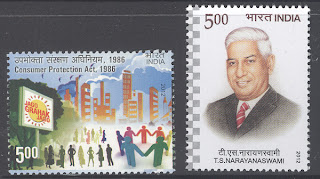 For some reason Sierra Leone has issued a sheetlet of 4 stamps and a miniature sheet to commemorate the papal visit to Germany which took place in September 2011. The quality of the art on the stamps is poor and surely only the most devoted of papal-themed stamp collectors will want to part with money to obtain these items:- 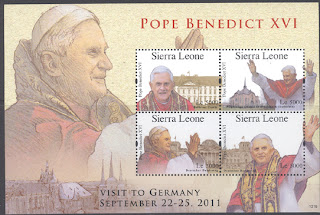 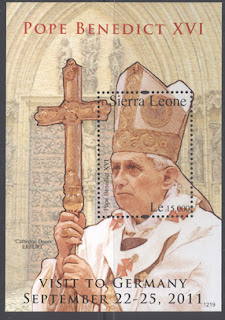 Stamp themes are growing increasingly bizarre, the latest issue of 6 stamps and a miniature sheet from Zimbabwe features the "life of ants and termites"!:- 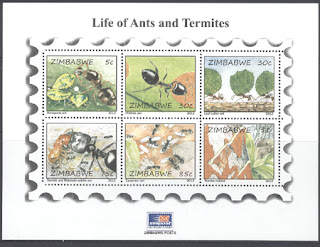