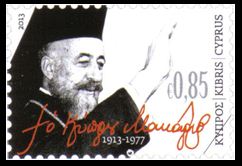 Cyprus will issue a stamp on 30 January 2013 to commemorate the centenary of its first President, Archbisop Makarios III. He is one of the most important people in Cypriot history as well as a significant figure in the history of The Commonwealth. He was born Michail Christodolou Mouskos in Panayia in Paphos district on 13 August 1913 and at the age of 13 became a novice at Kykkos Monastery. He graduated in theology at Athens University in 1942 and became a priest in the Cypriot Orthodox Church. He was elected to be the Bishop of Kition in 1948 and became Archbishop of Cyprus on 18 September 1950 and effectively became the leader of the Greek Cypriot community. 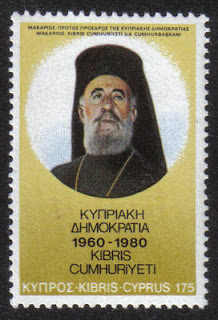 In those early years he was a supporter of union with Greece - enosis - and became a leader of the campaign against the British for Cypriot self-determination. In 1956 he was eventually exiled by the British to the Seychelles but was allowed to leave the islands the following year although he could not return to Cyprus, instead he returned to Athens. Seychelles has commemorated Makarios' exile there with 2 sets of stamps - a pair released on 28 June 2006 which marked the 50th anniversary of his exile:- 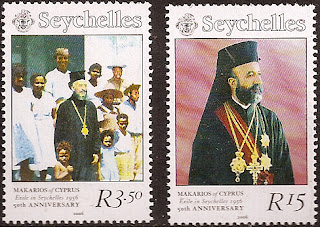 and another pair which had commemorated the 40th anniversary of his time in Seychelles which was issued on 19 August 1996:- 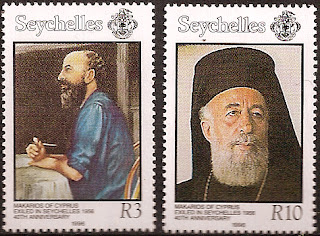 In 1959, Makarios attended talks in London with the British government and on 1 March 1959 he returned to Cyprus and when the country was granted independence on 16 August 1960, Makarios became the island's first president. Cyprus became a member of The Commonwealth in March 1961. Cyprus issued a set of 3 stamps on 1 October 1980 to commemorate the 20th anniversary of the Republic (above and below) - 1 design featured Archbishop Makarios and the others depicted the signing of the Treaty of Establishment and the other the national flag of Cyprus:- 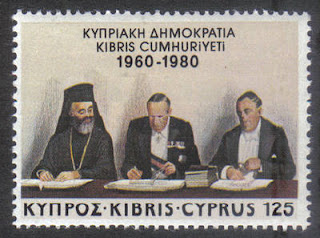 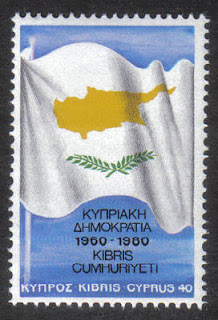 There was increasing discord between the Greek and Turish Cypriot communities on the island which eventually took the form of intercommunal violence. The campaign for enosis was also reignited and eventually a military junta in Greece moved against Archbishop Makarios and deposed him in a coup staged on 15 July 1974. Five days later, fearful for the safety of the Turkish community, the Turkish government launched an invasion of Cyprus and split the island into 2 parts. Makarios escaped abroad and spent some time in London but was eventually able to return his homeland where he died suddenly from a heart attack on 3 August 1977. He was buried in a tomb on Mount Throni near Kykkos Monastery with a quarter of a million mourners attending his funeral at St. John's Cathedral at Nicosia. Five stamps and a miniature sheet were issued by Cyprus on 3 August 1978 to commemorate the Archbishop. The stamps depicted portraits of Makarios as Archbishop, in exile in Seychelles, as President, as a "Soldier of Christ"and as a "Fighter For Freedom". The miniature sheet was titled "The Great Leader":- 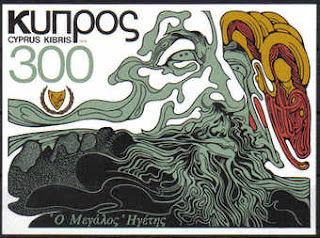 Makarios' passing had been previously noted by a set of 3 stamps issued on 10 September 1977 which consisted of 2 head and shoulder portraits of him as well as a picture of the Archbishop dressed in ceremonial robes:- 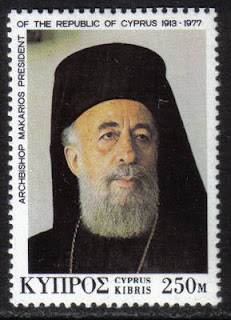 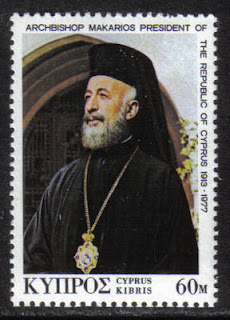 Cyprus issued a single stamp on 1 August 1997 which depicted another portrait of Makarios with a view of the chapel in which he was buried in the background.
The 2013 Makarios stamp is one of a set of three which will be issued on 30 January, the others commemorate the centenary if the Cyprus Scouting Association:- 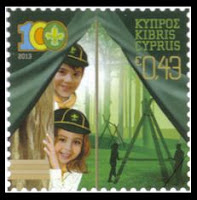 and the Cyprus Red Cross:- 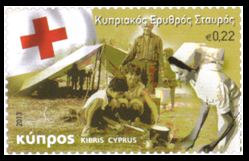