193. History Of The Commonwealth (II): The First Colonies. 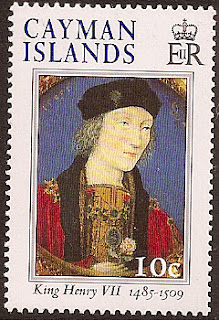 In 1496, the Italian merchant and mariner,  John Cabot, having failed to interest the Spanish and Portuguese monarchs in his enterprise, obtained a charter from King Henry VII of England to "sail to all parts, countries and seas of the East, the West and of the North, under our banner and ensign and to set up our banner on any newfound-land". On 24 June 1497, Cabot landed at Cape Bonavista in Newfoundland. It was not until 1583 that Sir Humphrey Gilbert landed at St. John's and formally claimed Newfoundland and took possession of the island, the territory therefore becoming England's first north American colony. English and foreign fishing boats had visited the waters off the island since Cabot's second voyage in 1498 and the English were keen to secure the island from the possibility of any foreign control to ensure English access to the bountiful fishing. The first English settlement was at Cuper's Cove and John Guy became its first governor.

Even before, Sir Humphrey Gilbert had claimed Newfoundland for England, the sailor, Francis Drake, had sailed into the Pacific Ocean from the Atlantic and after a journey along the coast of South America spent mainly in successfully attacking Spanish ships and settlements he arrived, on 17 June 1579, in Point Loma in Alta California, some distance north of the territory claimed by Spain, and landed there claiming the territory in the name of Queen Elizabeth and naming it "Nova Albion".  The place today is identified as Drake's Bay. It is quite possible that before sailing on across the Pacific Ocean towards the Molluccas and eventually completing a circumnavigation of the world, he established a settlement at Nova Albion and left men there when he departed to complete his voyage. The first English colony therefore may have been in California rather than at Newfoundland.


Following a plan of Sir Walter Raleigh, the English attempted to establish a colony on Roanoke Island in 1584. This "Colony and Dominion of Virginia" failed but there was a second attempt to establish a settlement there in 1587, when a more varied group of settlers arrived from England. The Governor, John White, returned to England to obtain more supplies and his return to the colony was then delayed by the need to provide ships to fight the Spanish Armada and then, on the return, a detour to attack Spanish treasure ships in the Caribbean. When he arrived at Roanoke, all the settlers had disappeared and Roanoke became known as "The Lost Colony".

When James I succeeded to the English throne, responsibility for colonisation of the New World was granted to the Virginia Company which was granted a charter in 1606. There were 2 branches of the Virginia Company - the Plymouth Company which was assigned the northern area and the London Company which held responsibility for the southern area of the territory. In December 1606, the London Company sent a group of 104 colonists aboard 3 ships, the Susan Constant, Godspeed and Discovery, and they eventually landed at Virginia on 26 April 1607 at the entrance to Chesapeake Bay. They erected a cross at Cape Henry and. seeking an inland site which would be at less risk of Spanish attacks, sailed up the newly-named James River. A site was selected at Jamestown on 14 May 1607 which, though safe from Spanish attack, was marshy and inhospitable, lacking access to fresh water and game for hunting and space for farming. The colonists were also soon attacked by the local Paspahegh Indians. There were soon many deaths from disease, starvation and native attacks. Eventually, Captain John Smith took charge of the colony and managed to sustain it by successful trading with the Indians  and organising the colonists until he returned to England  in 1610.
At home in England, the Virginia company was reorganised with a Second Charter and the new governor, Thomas West, arrived in Virginia and in June 1610 began the First Anglo-Powhatan war against the local indigenous inhabitants. The Powhatan chief's daughter, Pocahontas, was captured and held prisoner until she married John Rolfe in 1614 when peace between the settlers and the natives was established. John Rolfe introduced 2 foreign types of tobacco to the colony and crops of these ensured the new colony's economic success. Of note is the fact that en route to Virginia, the first wife and daughter of John Rolfe had died and been buried on Bermuda following the wreck of the Sea Venture in a storm off the island. Some of the intended Virginia colonists stayed in Bermuda and the island became an English colony, initially included in the Virginia Company charter.

A group of English religious dissidents, puritans, left England in 1609 for The Netherlands but disliked the adoption of Dutch ways by their children and were not beyond the reach of the English authorities there and so, having declined the offer of settlement south of Cape Cod in New Netherland because they wished to avoid Dutch influence, they obtained a patent from the London Virginia Company to settle at the mouth of the Hudson River in the New World. Picking up more colonists in Southampton, the dissidents sailed in 1620 aboard The Mayflower and eventually anchored at what would be Providencetown Harbour on 11 November 1620.

The arrival of these colonists thus established the north American settlements as places of refuge for political and religious dissidents who were unable to fit in with their societies in their homelands, a pattern that was to be repeated in the establishment of further colonies, as will be seen. The puritan dissidents finally landed at Providencetown 2 days after anchoring and set about rebuilding a shallow draft boat and exploring the vicinity and managing to disturb an Indian grave and stealing corn meant for the dead. It was not long before the colonists were skirmishing with the indigenous inhabitants. The Colonists thus thought it wise to  move on and arrived at Plymouth Harbour and dropped anchor there on 17 December 1620. The first landing party arrived at what would become the settlement of Plymouth on 21 December and, as soon as the weather allowed, began constructing their settlement. During the first winter, 45 of the 102 colonists died. They made their first formal contact with a local native, Samoset, on 16 March 1621and he arranged a meeting with the local chief, Massasoit, and he and the colony's Governor agreed a treaty of peace between the 2 sides. The Mayflower sailed to return to England on 5 April 1621. The remaining 53 settlers celebrated a harvest festival, now celebrated by Americans as "Thanksgiving" in early October 1621 in the company of Massasoit and his men.


In 1624, the Plymouth Company's successor, The Plymouth Council for New England, established a fishing village at Cape Ann which was supervised by the Dorchester Company, originally founded by the work of the puritan John White of Dorchester. This colony failed but White continued his efforts to found a colony in the area and the Council for New England subsequently issued a land grant for an area between the Merrimack and Charles Rivers which was sold to "The New England Company for a Plantation in Massachusetts Bay". In 1630, 140 settlers from south-west England arrived in New England aboard The Mary And John and other ships of the Winthrop Fleet followed it. Massachusetts proved an attractive destination for English puritans in the following years and when civil war broke out in England in the 1640's, the colonists were sympathetic to the Parliamentary cause.

Not all of the new colonies were founded by protestant puritan dissenters. On 20 June 1632, King Charles I granted a charter for Maryland to Cecil Calvert, Lord Baltimore, who was a Catholic. The name derived from that of the king's catholic wife, Henrietta Maria. About 200 settlers arrived aboard the ships, Ark and Dove, on 25 March 1634 at St. Clement's Island, most of them actually were protestants. Lord Baltimore was given the status of palatine lord and settlers swore allegiance to him rather than King Charles. A Maryland General Assembly was established and an aristocracy took root from those who bought tracts of land from Lord Baltimore who had been awarded the whole of the territory by the royal charter.