🇮🇲 The Isle Of Man Post Office will distribute to its Philatelic standing order customers a free sheetlet containing 6 different stamps with the title of ‘The Collectors Sheetlet Steam Trains’. This attractive item will also be sold to customers who do not have a standing order. I’m sure that loyal customers will be appreciative of the gift. The Manx postal service has also sent out a pleasant Christmas card to its customers as it usually does annually. This is particularly apt this year as Christmas cards are of the subject of this year’s Christmas stamps.
The date of issue of the Steam Trains sheet is 20 November 2019.
The gifts to the customers are excellent and the Isle Of Man Post Office should be praised for treating their customers at Christmas time but there is one Christmas gift I would prefer to see from the IOM PO and that is the passing on to its philatelic customers the gift of reducing the number of issues it releases to say 6 or at most 8 per year along with reducing the cost and making all stamps issued be strictly relevant in subject matter to the island. A promise to do that in 2020 would be the best present it could give to the collectors of its stamps. 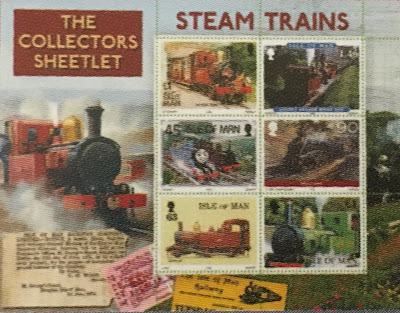 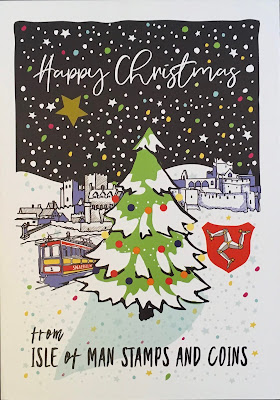 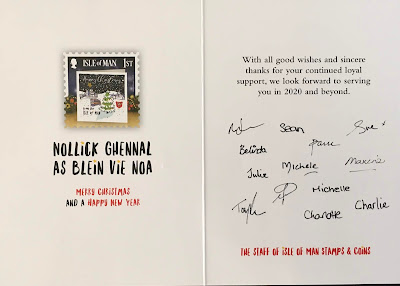 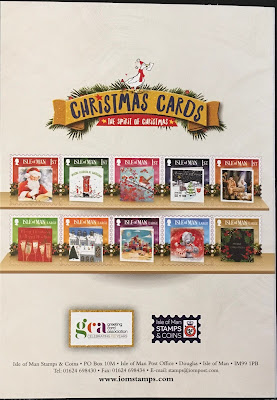 🇮🇳 India Post issued a single stamp on 25 October 2019 on the subject of the Siachen Glacier in the Siachen region which is an area the sovereignty of which is disputed between India and Pakistan. In 1984 India launched Operation Meghdoot which resulted in India gaining military control of the glacier and its tributaries. Various military engagements in the area have taken place between the two sides since then. Rating:- ***. 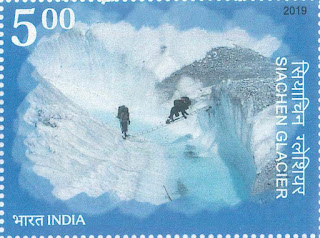 🇧🇩 The postal service of Bangladesh issued a single stamp on 9 October 2019 as part of the worldwide omnibus issue to commemorate World Post Day and the 145th anniversary of the Universal Postal Union (UPU). A colourful and attractive stamp. Rating:- ***. 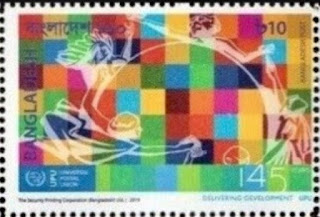