🇰🇮 There is news of further issues from Commonwealth postal administrations which commemorate the 150th Birth anniversary of Mahatma Gandhi. The postal service of Kiribati issued 4 stamps and 1 miniature sheet on 27 September 2019 to commemorate the important anniversary. The issue was designed by Derek Miller and lithographed by Southern Colour Print. Rating:- ****. 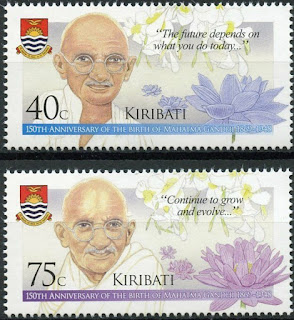 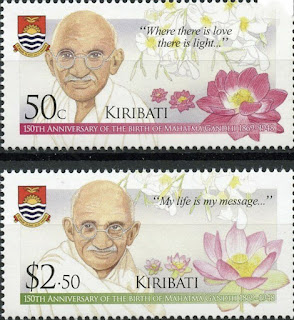 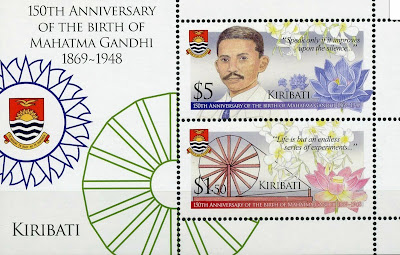 🇬🇭 Ghana Post’s first stamp issue of 2019, released in conjunction with the Indian High Commission in Accra, is also related to the Gandhi anniversary. Publicity about the launch of the issue on 2 October 2019 (probably the date of issue) seems to suggest that the issue is made up of two miniature sheets - one clearly illustrated as containing a single stamp depicting a portrait of Gandhi with a border of a Ghanaian cloth pattern and the other, not well illustrated, seems to be made up of 4 different stamps. Rating:- ****. 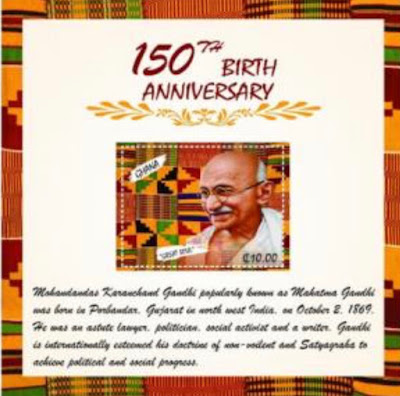 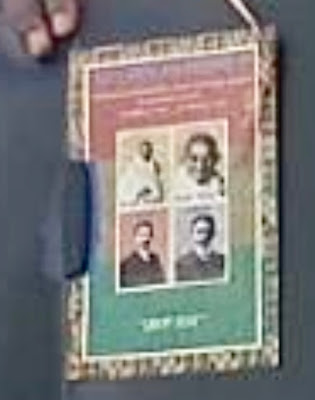