🇭🇰 Hong Kong Post issued a miniature sheet containing a single stamp on 26 September 2019 on the subject of the Guangdong-Hong Kong-Macao Greater Bay Area. The design depicts a map of the area. Interesting if you like maps. Rating:- **. 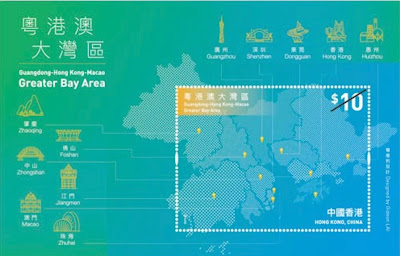 Hong Kong Post will also issue a set of 10 stamps, 1 miniature sheet and a booklet containing self-adhesive versions of the 10 stamps on 24 October 2019 as the second part of its ‘Hiking Trails’ series this time on the subject of the Maclehose Trail. The issue was designed by Chau So-hing and lithographed by Enschedé with the miniature sheet being printed in photogravure. An interesting and attractive issue but another 20 stamps and 1 miniature sheet adds to what is clearly a programme of excessive issues from Hong Kong Post. Rating:- **. 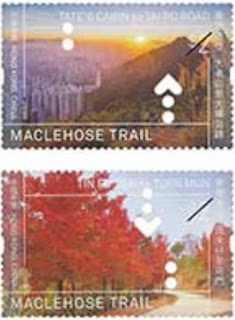 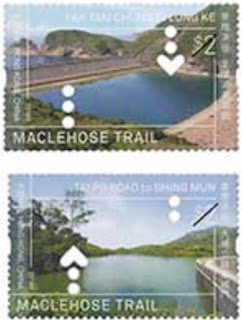 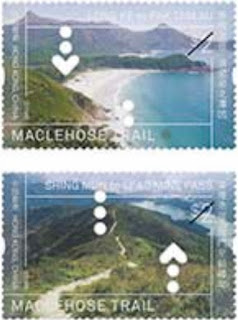 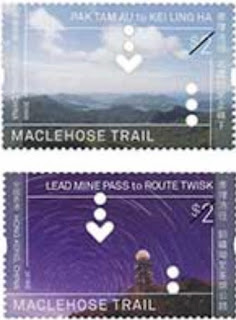 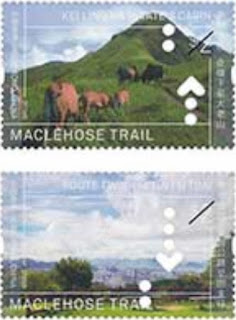 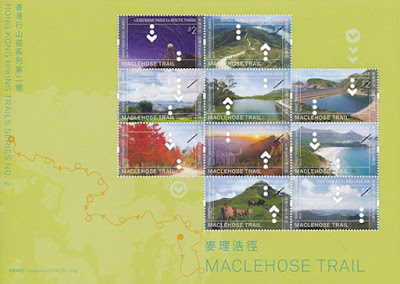 🇮🇲  On 28 October 2019 Isle Of Man Post Office will issue a set of 10 ordinary stamps (2 se-tenant strips of 5 x 1st and 5 x Large) and 10 self-adhesive ‘Variable value definitives’, elsewhere known as ‘Post and Go’ which will be sold in sheetlets of 20 (or as a block of 10 to collectors) or from kiosks in strips.
The issue was designed by EJC Design from a ‘concept’ by Geoff Sanderson and the stamps depict Christmas cards to commemorate the Centenary of the Greeting Card Association which is clearly an anniversary important enough that it needs to be commemorated by The Isle Of Man postal service by the issue of at least 20 stamps. The basic set of 10 was lithographed by LM Group and is perforated 14.
The cost of the basic set is £8.35p and the sheet of 10 ‘Variable values’ is £5.70p making a total of £14.05p which is quite a lot for a set of Christmas stamps. Rating:- *. 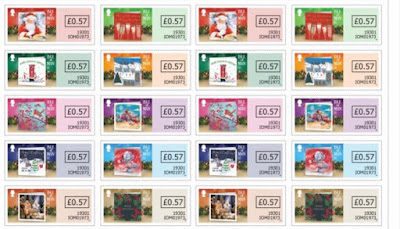 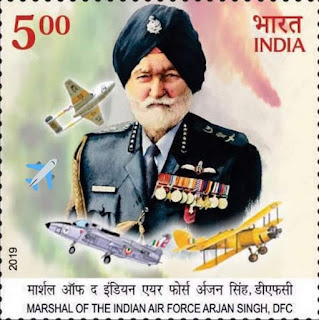