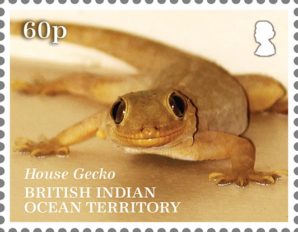 🇮🇴 The postal service of British Indian Ocean Territory will issue a set of 3 stamps on 14 October 2019 on the subject of Lizards of the Territory. These are attractive stamps but with £3 and £5 stamps in the set the issue is rather more expensive for collectors than it should be. On the other hand it is the first stamp issue of 2019 to be released by the Territory so BIOT stamps have not cost us too much so far this year. And the little gecko on the 60p Stamp is very appealing. Rating:- ****. 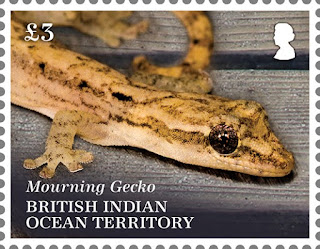 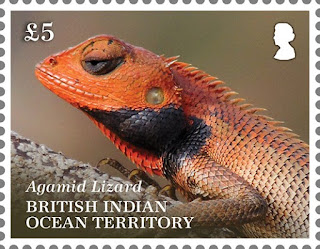 🇳🇷 Illustrated below is the single commemorative stamp issued by Naoero Postal Services Corporation (Nauru) to note the State Visit of President Dr Tsai Ing-wen of The Republic Of China (Taiwan) to Nauru from 24 to 26 March 2019 (see Blog 1413). The date of issue was reported as being 25 March 2019. Rating:- ****. 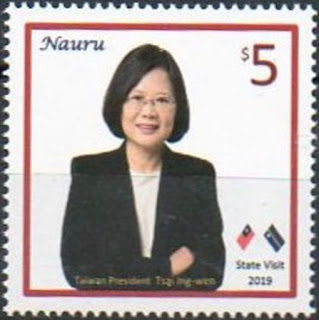 Also depicted below is the single stamp which was issued on 17 May 2018 to commemorate the 50th anniversary of Constitution Day (see Blog 1237). This is a better quality illustration than I have been able to show previously. 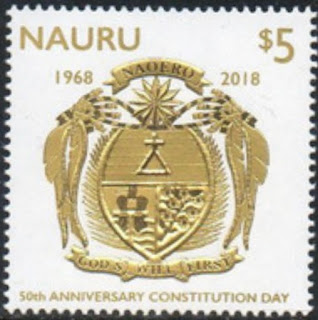 🇮🇪 An Post, the postal service of Ireland, issued 2 stamps and 1 miniature sheet to commemorate the 50th anniversary of the popular music group, Thin Lizzy. The issue was designed by Steve Averill using an illustration by Jim Fitzpatrick and lithographed by Cartor and perforated 13.5. Rating:- 0. 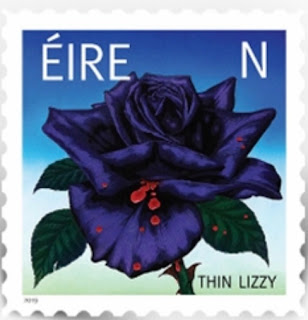 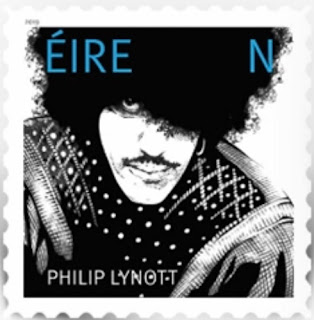 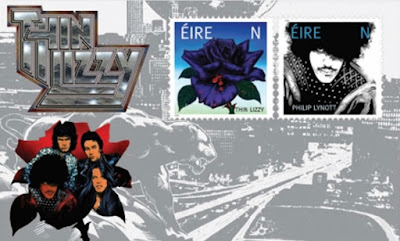